The surgeon at a Boston teaching hospital ticked off the possible complications. Karen McHenry, the patient’s daughter, remembers feeling there was no choice but to say “go ahead.”

It’s a scene she’s replayed in her mind hundreds of times since, with regret.

On the operating table, Bob McHenry had a stroke. For several days, he was comatose. When he awoke, he couldn’t swallow or speak and had significant cognitive impairment. Vascular dementia and further physical decline followed until the elderly man’s death five years later.

Before her father’s October 2012 surgery, “there was not any broad discussion of what his life might look like if things didn’t go well,” said Karen McHenry, 49, who writes a blog about caring for older parents. “We couldn’t even imagine what ended up happening.”

It’s a common complaint: Surgeons don’t help older adults and their families understand the impact of surgery in terms people can understand, even though older patients face a higher risk of complications after surgery. Nor do they routinely engage in “shared decision-making,” which involves finding out what’s most important to patients and discussing surgery’s potential effect on their lives before setting a course for treatment.

Older patients, it turns out, often have different priorities than younger ones. More than longevity, in many cases, they value their ability to live independently and spend quality time with loved ones, according to Dr. Clifford Ko, professor of surgery at UCLA’s David Geffen School of Medicine.

Now new standards meant to improve surgical care for older adults have been endorsed by the American College of Surgeons. All older patients should have the opportunity to discuss their health goals and goals for the procedure, as well as their expectations for their recovery and their quality of life after surgery, according to the standards.

Surgeons should review their advance directives — instructions for the care they want in the event of a life-threatening medical crisis — or offer patients without these documents the chance to complete them. Surrogate decision-makers authorized to act on a patient’s behalf should be named in the medical record.

If a stay in intensive care is expected after surgery, that should be made clear, along with the patient’s instructions on interventions such as feeding tubes, dialysis, blood transfusions, cardiopulmonary resuscitation and mechanical ventilation.

This is far cry from how “informed consent” usually works. Generally, surgeons explain to an older patient the physical problem, how surgery is meant to correct it and what complications are possible, backed by references to scientific studies.

“What we don’t ask is: What does living well mean to you? What do you hope to be able to do in the next year? And what should I know about you to provide good care?” said Dr. Ronnie Rosenthal, a professor of surgery and geriatrics at Yale School of Medicine and co-leader of the Coalition for Quality in Geriatric Surgery Project. 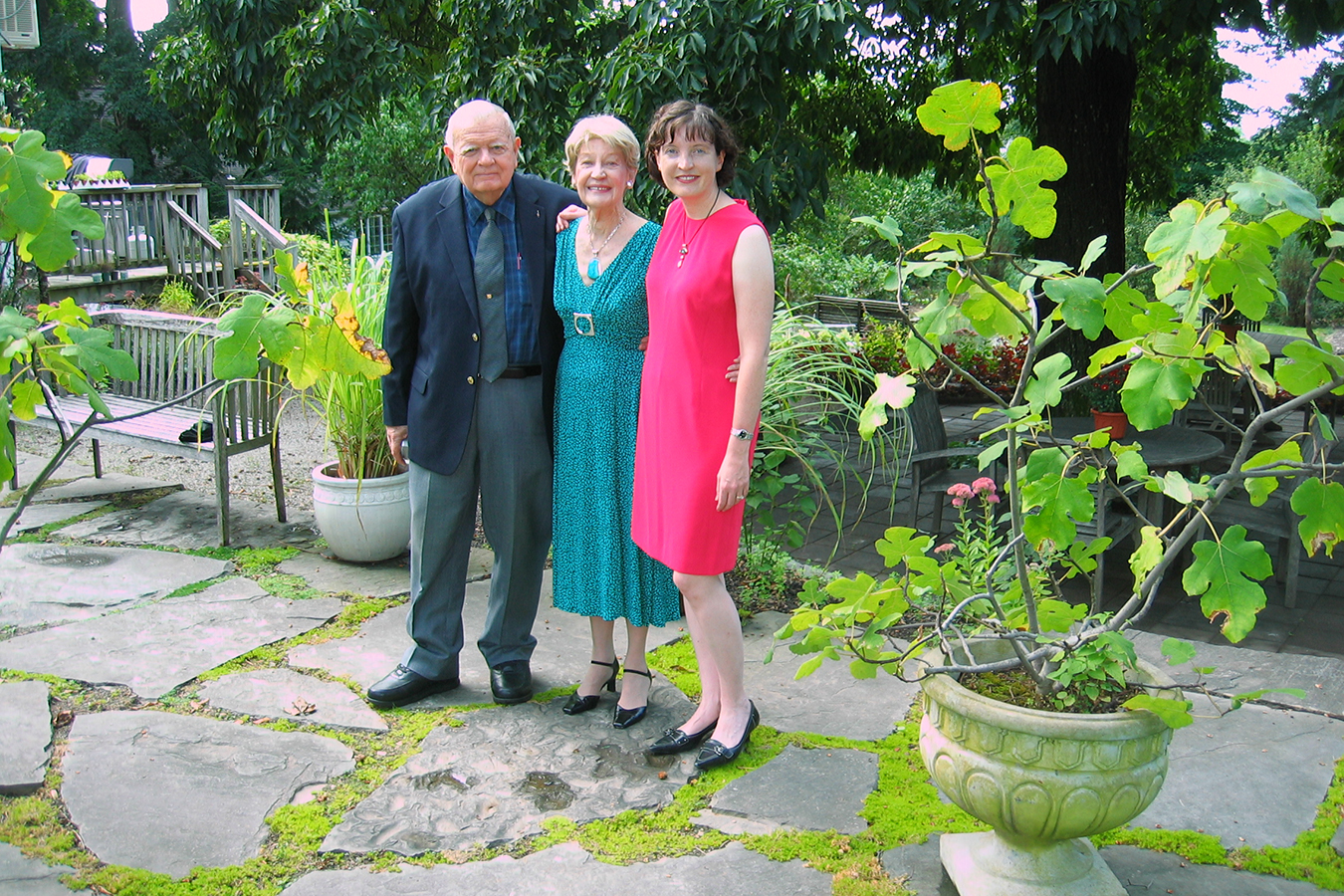 Bob and Marjorie McHenry pose with their daughter Karen McHenry at their 50th anniversary party in 2009. Bob McHenry had a stroke during an operation in 2012 and was comatose for several days after the procedure. When Marjorie fell and broke five ribs in fall 2017, she decided against surgery after consulting with the hospital’s palliative care team.(Courtesy of Karen McHenry)

Rosenthal tells of an 82-year-old patient with early-stage rectal cancer. The man had suffered a stroke 18 months earlier and had difficulty walking and swallowing. He lived with his wife, who had congestive heart failure, and had been hospitalized with pneumonia three times since his stroke.

Rosenthal explained to the man that if she operated to remove the cancer, he might land in the ICU with a breathing machine and then end up at a rehabilitation facility.

“No, I don’t want that; I want to be home with my wife,” Rosenthal recalled his saying.

The man declined the surgery. His wife died 18 months later, and he lived another six months before he had a fatal stroke.

How does your health affect your day-to-day life? When you think about your health, what’s most important to you? What are you expecting to gain from this operation? What health conditions or treatments worry you most? And what abilities are so critical to you that you can’t imagine living without them?

Cooper recalls an 88-year-old man seriously injured in a car crash arriving in the emergency room several years ago.

“When we started explaining to his family what his life would be like — that he would be highly functionally dependent and not able to live independently again — his wife said that would be absolutely devastating, especially if he couldn’t ski,” Cooper said. “We didn’t even anticipate this was in the realm of what someone this age would want to do.”

The family decided not to pursue treatment, and the patient died.

Sometimes surgeons make the misguided assumption that older patients want to follow recommendations rather than having input into medical decisions, said Dr. Clarence Braddock, professor of medicine at UCLA. In focus groups, 97% of seniors said “I prefer that my doctor offer me choices and ask my opinion,” according to research Braddock published in 2012.

“The idea is to tell the patient a story in terms they can understand,” Schwarze said.

Instead of citing statistics on the risk of pneumonia or infection, for instance, a surgeon would explain what might happen if things went well or badly. Would the patient be in pain? Would she need nursing care? Would he be able to return home and do things he liked to do? Would she land in the ICU? Would he be able to walk on his own?

A similar range of possibilities is presented for a treatment alternative. Then the surgeon identifies the most likely outcomes for surgery and the alternative, based on the patient’s circumstances.

“Going through a major operation when you’re older is going to change your life,” Schwarze said. “Our goal is to help older patients imagine what these changes might look like.”

Because of her father’s experience, Karen McHenry was cautious when her mother, Marjorie McHenry, fell and broke five ribs in fall 2017. At the hospital, doctors diagnosed significant internal bleeding and a collapsed lung and recommended a complicated lung surgery.

“This time around, I knew what questions to ask, but it was still hard to get a helpful response from the surgeons,” Karen said. “I have a vivid memory of the doctor saying, ‘Well, I’m an awesome surgeon.’ And I thought to myself, ‘I’m sure you are, but my mom is 88 years old and frail. And I don’t see how this is going to end well.’”

After consulting with the hospital’s palliative care team and a heart-to-heart talk with her daughter, Marjorie McHenry decided against the surgery. Nearly three years later, she’s mentally sharp, gets around with a walker and engages in lots of activities at her nursing home.

“We took the risk that Mom might have a shorter life but a higher quality of life without surgery,” Karen said. “And we kind of won that gamble after having lost it with my dad.”

The Talk Seniors Need To Have With Doctors Before Surgery