For years, Eileen Shea says her former partner Eddie Sawyer struggled with a heroin addiction. But after losing his job and time with his daughter, he was ready to get help. He was on the waiting list for a bed at the Friendship House, northern New Hampshire’s only residential treatment facility.

He never made it to treatment. Instead, Sawyer was one of 428 people in New Hampshire who died last year from a drug overdose. When the police found him in his apartment, there was list of rehab facilities on the table next to his bed. It was a list Shea had given to him a month earlier, and there were check marks next to the name of each one. Sawyer had called every place on the list.

New Hampshire has the second-lowest level of access to substance abuse treatment in the U.S., right above Texas, according to the Substance Abuse and Mental Health Services Administration (SAMHSA). At the same time, New Hampshire is among the five states with the highest rate of drug overdose deaths per capita.

“It’s typically four to six weeks that they’re on [the] waiting list,” said Kristy Letendre, director of the Friendship House in Bethlehem, New Hampshire. The facility has 18 beds and transitional housing where people recovering from addiction can live after they finish a 28-day program. “A lot of our admissions come from Manchester and Nashua, which is the southern part of the state, because they have six-month waitlists to get into their programs, so they’re coming up north.” 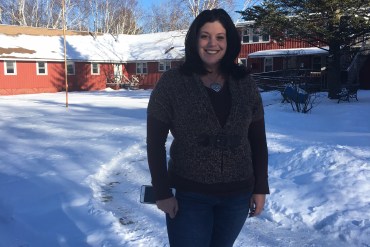 Kristy Letendre, director of the Friendship House, says the typical wait to get into the residential treatment facility is four to six weeks. (Rachel Gotbaum/WBUR)

But waiting for treatment doesn’t work for a lot of people addicted to heroin and other opioid drugs such as fentanyl and OxyContin. There’s a small window of time, Letendre says, when people are ready for help. If they don’t get help in that window, the risk of relapse and overdose is very high because withdrawal sickness is so miserable it drives people to use again.

“Lately we’ve lost people who have reached out and were at the beginnings stages of accessing a bed and then you get a call or hear on the news that that person overdosed and their chance is gone,” Letendre said.

Nobody knows this better than Sean Warren.

“In 2015, I had seven friends die of heroin addiction,” said Warren, 23, who had been struggling with heroin for more than two years. He wanted to get off the drug, but he says he couldn’t do it on his own. When he called around to find a rehab bed, he was told it would be nine weeks before he could get one. 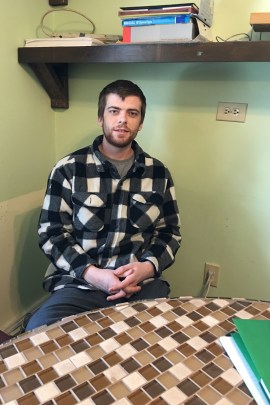 Sean Warren says he wouldn’t have survived the nine-week wait for a treatment bed. Instead, he ended up in jail and then got a bed at the Friendship House. (Rachel Gotbaum/WBUR)

“I needed to be in a safe place,” Warren said. “I called everywhere crying and begging to get in, and no one had room for me, so my addiction led me to do more crime.”

Warren ended up stealing his sister’s credit cards to get money to buy drugs. And that’s when Warren said he got lucky — he was arrested. With no access to heroin, Warren went through withdrawal sickness alone in his cell. From jail he was admitted to the Friendship House.

“You have to survive for X amount of time,” Warren said. “If I stayed out there for nine weeks, I can guarantee you I wouldn’t be alive right now.”

Most rehab programs in New Hampshire will not take people unless they are free from drugs for at least three days. But finding a place to detox safely is not easy — there are only a handful in the state. There’s also a shortage of doctors who can prescribe medications to help people detox at home. (President Obama proposed a fix for this problem on Monday.)

Many of the people trying to detox on their own show up at Littleton Regional Healthcare, a 25-bed hospital not far from the Friendship house.

Dr. Randy Knight, an emergency room physician, says every shift he works he sees two to three patients struggling with a drug addiction. Sometimes these are people who have overdosed and are dumped unconscious at the hospital entrance. 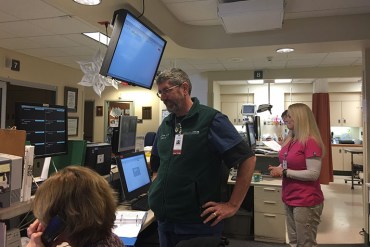 “It’s worse than it’s ever been,” Knight said. “We’re burying way too many young people from this disease, and we risk losing an entire generation from New Hampshire because we haven’t committed the necessary human resources, hospital beds or treatments beds to help patients kick this habit.”

Knight says when people show up at the emergency room desperate to detox from opioids there is very little he can do for them. It is different from detoxing from severe alcohol abuse, where people can be admitted to the hospital because they can have life-threatening seizures.

Coming off heroin and other opioids is often a brutal experience — which can include hallucinations, vomiting, chills and diarrhea — but it is not considered a medical emergency.

“When I meet a patient and their family requesting help getting off of heroin or opiates, I have to tell them a hospital is not going to be able to provide the services that they need because the patient is not unstable from a medical point of view,” Knight said. “That doesn’t mean they’re not going to use again. And they tell me that, ‘If you send me out there, I’m going to use again.’ But I just can’t offer them a hospital bed in that situation.”

Knight usually gives these patients a blood pressure drug that may ease some of their withdrawal symptoms — but then he can only refer them to rehab — and hope that they don’t have to wait too long for a bed. 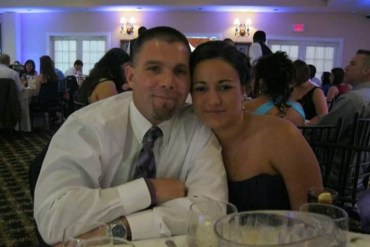 Eddie Sawyer and Eileen Shea struggled to find a treatment facility that would take Sawyer. He died before he could get into treatment. (Courtesy of Eileen Shea)

Eileen Shea will mark the first anniversary of Eddie Sawyer’s death April 7. She replays what could have been done differently for her daughter’s father.

Shea offered to take Sawyer to a nearby hospital to help him detox. But she knew there were no guarantees he would be admitted.

“I told him when we go to the hospital, you’re either gonna have to drink a bunch of booze and they’ll admit you that way because they take alcoholics, or we’re going to go in there and you’re going to have to say you’re suicidal,” she said. “That was the only thing I could think of to help him, because they would not let him in because he was just a drug addict.”

But they never made it to the hospital.

“I wish I could have said, ‘Eddie I’m gonna come pick you up. We’re going to go to the hospital. They’re going to admit you. They’re going take care of you,’” Shea said. “But that’s not what happened. Eddie did not want to continue to do drugs, he just could not stop and he reached out for people to help him stop, and nobody took him.”

This year New Hampshire has doubled its funding for substance abuse treatment, and has made 43,000 residents eligible for treatment under expanded Medicaid.

This story is a collaboration between Kaiser Health News and Here & Now.