In the final weeks before the Nov. 3 election, supporters of a down-in-the-weeds effort to overturn a tax law in Colorado received a cascade of big checks, for a grand total of more than $2 million.

All came from Kent Thiry, the former CEO of DaVita, one of the largest kidney care companies in the country. This was not the first time he donated big to a ballot initiative aimed at tweaking the nitty-gritty details of how Colorado functions. Nor will it be the last.

Thiry has given at least $5.9 million to Colorado ballot measures since 2011 — and all of them won, according to a KHN review of Colorado campaign finance data. According to data from the National Institute on Money in Politics, Thiry’s donations to ballot measures in that state are second only to those of billionaire Pat Stryker, an heiress whose grandfather founded a medical technology company. Campaign finance records show that before that, he gave to ballot issue committees in California, where he used to live, dating to at least 2007.

It’s the same playbook his former company has successfully used in California. As KHN has reported, in 2018 DaVita was among several companies to break an industry record in campaign spending for a ballot measure by any one side in California. This year, the industry came close to breaking that record to defeat a measure that would have further regulated dialysis clinics and that DaVita said would have limited access to care.

Ballot initiatives, which are allowed in about half the states, enable individuals and groups to circumvent legislatures and ask voters to decide on a law. And in many states, the campaigns for and against them are bankrolled by the rich: either corporations fighting to preserve their profits or multimillionaires with a political shopping list. 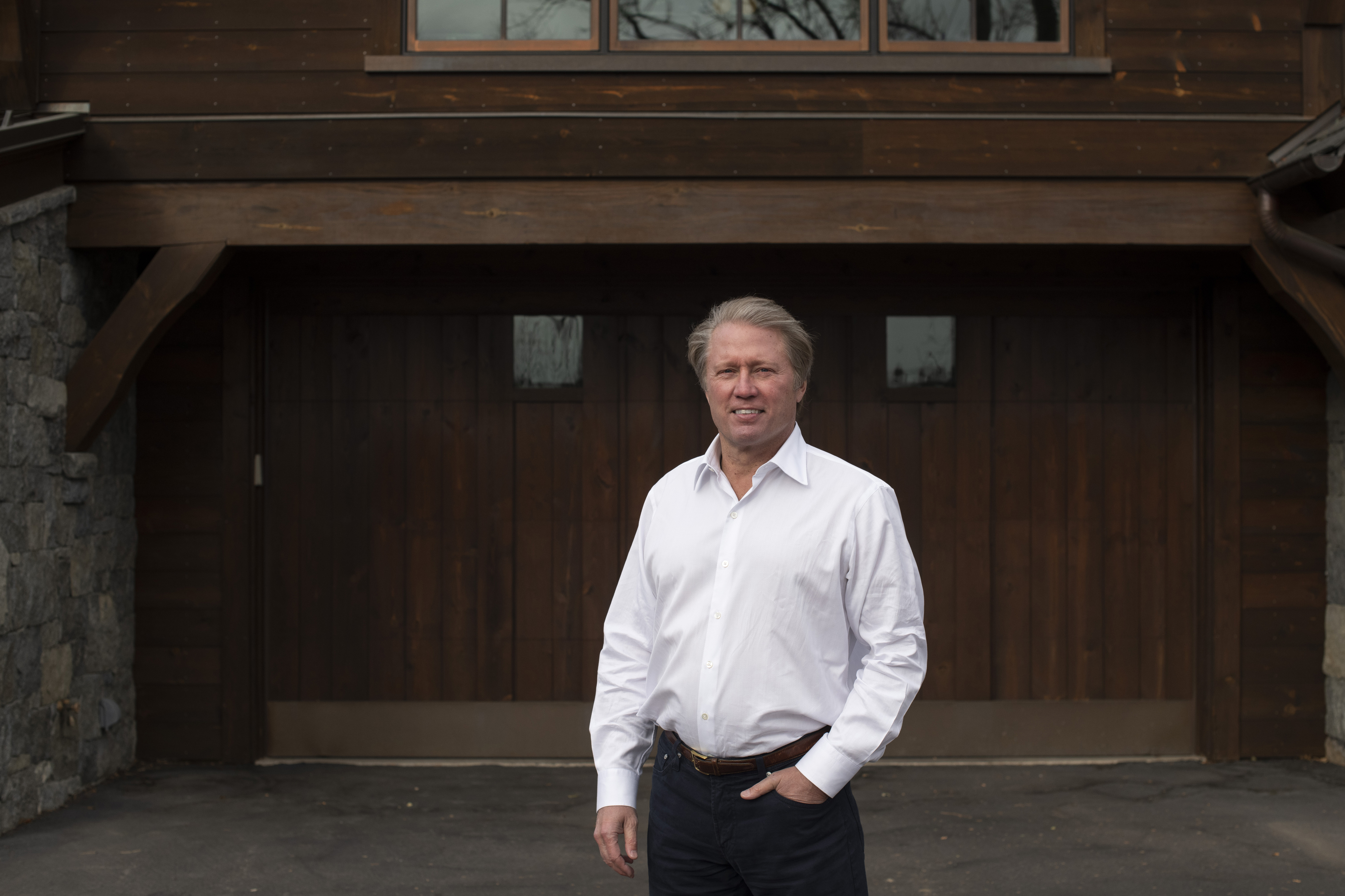 “I prefer things that have systemic impact,” says Thiry. Measures that he has bankrolled have eliminated the caucus system for presidential primaries, brought unaffiliated voters into the primaries and created a new system intended to eliminate gerrymandering. “Democracy is not a spectator sport.”(Rachel Woolf for KHN)

“Wealthy individuals have been pouring money into ballot measures, even seemingly unrelated to their industry, for over a century,” Daniel Smith, a political scientist studying direct democracy at the University of Florida, wrote in an email to KHN.

Given that health care is a $3.6 trillion industry, its top executives are among the ranks of those who can have an enormous impact in ballot measure politics. This year, Kent Thiry and Mike Fernandez, chairman and CEO of private equity firm MBF Healthcare Partners, were among the 19 individuals or couples who spent $1 million or more on ballot issue campaigns this year, according to Bloomberg. In previous elections, medical equipment company owner Loren Parks has also given big money to ballot initiatives.

Overall, those in the health industry have spent more on ballot measures in Colorado than in any other state except Missouri and California, according to data from the National Institute on Money in Politics, and that’s largely due to Thiry.

“He really has become the 800-pound gorilla of the ballot initiative process in Colorado,” said Josh Penry, a Republican campaign strategist in Denver who has worked with Thiry, including on a ballot measure campaign Thiry helped fund. “He wields more power in an informal way than virtually all the elected officials, if you look at the impact he’s had.”

Even though Thiry and his wife, Denise O’Leary, a former venture capitalist on the board of directors of medical device company Medtronic, have made hefty earnings from health care, Thiry’s ballot initiative donations as an individual have nothing to do with the industry.

“I prefer things that have systemic impact,” said Thiry. Measures he has bankrolled have eliminated the caucus system for presidential primaries, brought unaffiliated voters into the primaries and created a system intended to eliminate gerrymandering.

“Democracy is not a spectator sport,” he said.

Thiry previously donated to ballot measure committees in California, to prevent changes to term limits and to create a system for redistricting led jointly by Democrats, Republicans and citizens unaffiliated with a political party.

After moving his company’s headquarters from Los Angeles to Denver in 2010, he began backing ballot measures in his new state, too, with equal success and bigger sums, jumping from the tens of thousands to the millions. He spent more than $2 million backing a pair of measures to allow unaffiliated voters to participate in primaries.

In 2018, while his company was helping break an election spending record to defeat a California measure that would have capped the industry’s profits, Thiry was putting more than $1.2 million toward redistricting efforts in Colorado very similar to the one he backed in his previous home state to help reduce gerrymandering.

His latest donations went to a measure that successfully overturned a tax law from the 1980s that may have helped Colorado homeowners, but which critics said left public services like education and fire districts underfunded in some rural areas.

Thiry doesn’t just shell out cash. As the online newspaper The Colorado Independent has pointed out, Thiry’s offices played a large role in bringing two warring groups with different ideas about redistricting to the same table. His efforts tend to revolve around raising the power of unaffiliated voters, who make up about 40% of Colorado’s active voters, according to state data.

Fernandez, the private equity billionaire, said he has similar motivations. He donated $7.3 million to a Florida initiative to change how primaries work in that state and bring unaffiliated voters like himself into the fold.

“I’ve never spent so much money [on] something that I have no business reason to be in at all,” he said.

The effort was, he said, nearly “a one-man show” in terms of financing. But it still failed, garnering 57% of votes when it needed 60% to pass. Fernandez said he’ll try again in 2022.

“I come from a country where you can see that control of a government by a single party is deadly,” said Fernandez, who was born in Cuba. “Florida has been controlled by the Republican Party for the last three decades. And when I was a Republican, that was great.”

But, he said, it quickly became clear that bringing the issue to legislators was a dead end. That’s expected, according to John Matsusaka, executive director of the Initiative and Referendum Institute at the University of Southern California. Ballot initiatives are a natural route to tweak electoral machinery, he said, because legislators have a conflict of interest on issues like gerrymandering and term limits.

In fact, Matsusaka thinks the U.S. could use national ballot initiatives, which other democracies have, as a route to restoring confidence in the federal government.

“I don’t look at ballot propositions as a way to drive a progressive agenda or conservative agenda or any sort of agenda,” he said. “I view it as a way to put the people in control. And they can go where they want to go.”

Even if that means eroding their own power a little. One of the first initiatives Thiry donated to in Colorado is something Matsusaka considers “anti-democracy” — an effort called Raise the Bar, a ballot initiative about ballot initiatives. It required petitioners to get signatures from every corner of the state to put an initiative on the ballot. Some view this as problematic. 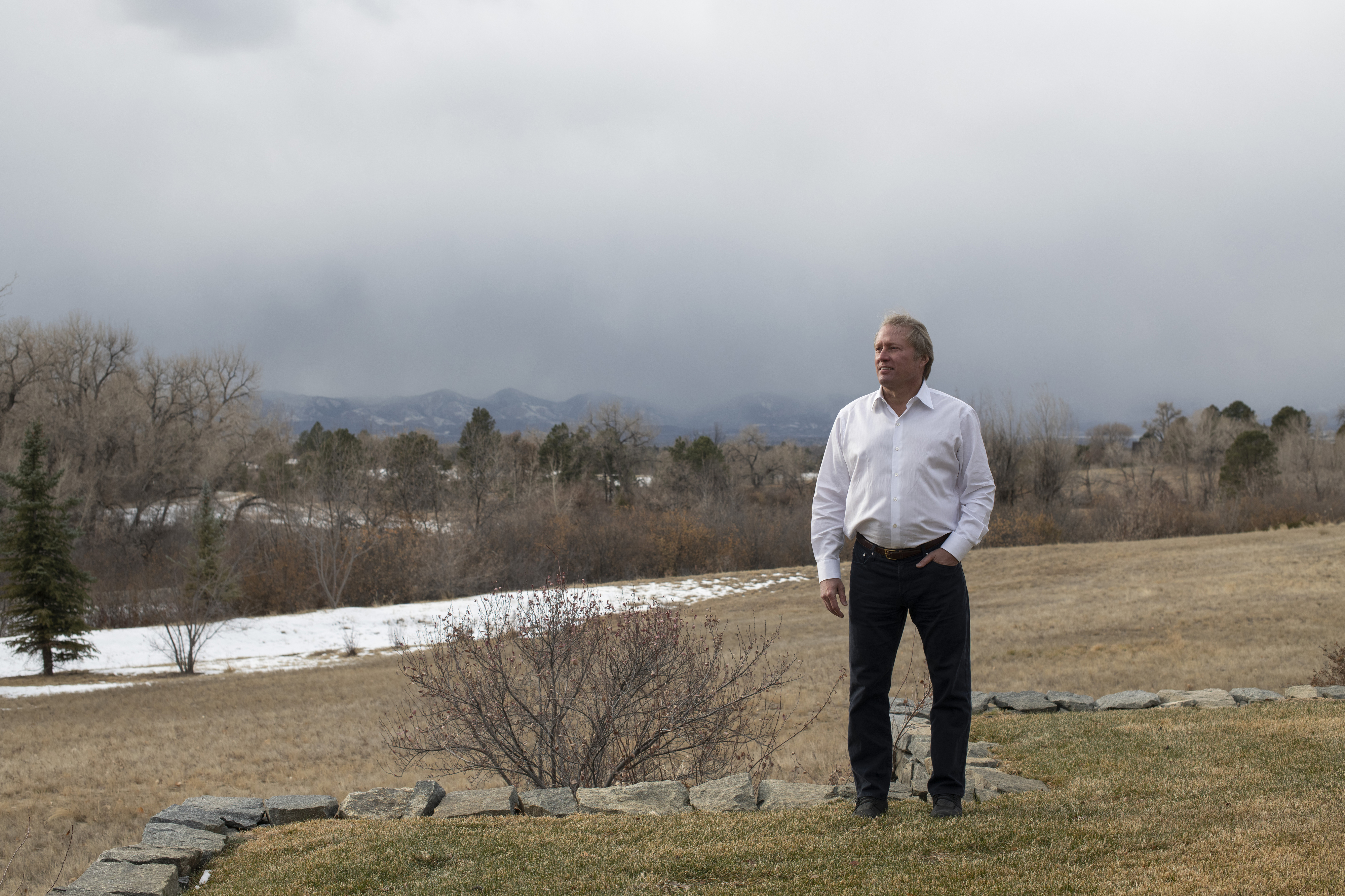 Thiry says he’s getting more involved in Unite America, an effort to break what’s been called the “doom loop” of partisanship.(Rachel Woolf for KHN)

“You have to now collect signatures in every senate district of Colorado,” said Corrine Rivera Fowler, director of policy and legal advocacy with the Ballot Initiative Strategy Center, a national organization that supports progressive ballot initiatives. “That’s a tremendous undertaking for grassroots communities.”

Thiry, meanwhile, intends to take what he’s learned in Colorado and apply it elsewhere. He said he’s getting more involved in several national democracy reform groups, including Unite America, an effort to break what’s been called the “doom loop” of partisanship. Thiry said he hopes to help create “a tidal tsunami of political momentum.”

“One of my goals is to have this democracy reform energy in places like Colorado — or elsewhere — move from being an ad hoc collection of activist projects to a true movement,” he said. “Kind of like the civil rights movement, kind of like the gay marriage movement, and like the #MeToo movement or Black Lives Matter.”

He no longer works for DaVita, after stepping down as executive chairman earlier this year.

“I have no title anymore. Just ‘citizen.’ It’s a title I wear with great pride and energy,” he said.

As for the next measure Thiry will back, he’s open to recommendations.