Thousands of families with a disabled or deceased parent may have received a lower subsidy than they deserved to buy health coverage through the federal insurance marketplace as a result of a calculation error by the federal government.

In addition, some who should have been eligible for Medicaid may have been turned away, leaving them on the hook for higher-priced private insurance coverage. The Centers for Medicare & Medicaid Services has acknowledged the glitch but many details about how the agency will fix it remain unclear. 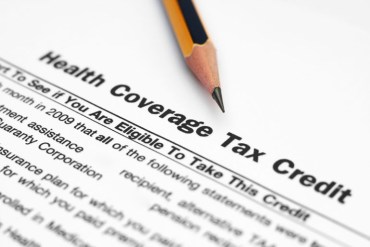 For months, health insurance assisters who help enroll people in coverage on the federal marketplace, which is relied upon by residents of about three dozen states, noticed that healthcare.gov seemed to be making a mistake in how it calculated some families’ income to determine whether they qualified for subsidized marketplace coverage, or whether family members might be eligible for Medicaid.

Healthcare.gov seemed to be tripping up in cases where children were receiving Social Security income, generally because a parent has died or is disabled.That’s because eligibility for marketplace subsidies or Medicaid is based on a household’s modified adjusted gross income, known as MAGI: generally, adjusted gross income plus tax-exempt Social Security benefits, interest and foreign income.

By adding the child’s Social Security income to the family’s income, the marketplace was inflating the family’s income. The result: Some people were wrongly turned down for Medicaid coverage and others received less in premium tax credits and cost-sharing subsidies than they were eligible for.

In March, the Centers for Medicare & Medicaid Services acknowledged the calculation error. CMS has advised assisters to help consumers remedy the error by submitting an appeal to the federal marketplace or applying through healthcare.gov or the state for a Medicaid determination.

Now that officials have acknowledged their error, healthcare.gov should do a computer search to identify families that have been affected, and ensure they’re enrolled in the right coverage and receiving as much financial help as they’re eligible for, says Tricia Brooks, a senior fellow at the Georgetown University Center for Children and Families, who has blogged on this subject.

CMS hasn’t released a tally of how many families were affected by the glitch, but Brooks estimates the number at about 40,000 households. “The biggest step they can take is to go back and fix this problem for everyone who’s currently enrolled and has a wrong determination,” she says.

Thousands May Have Been Shorted On Insurance Subsidies After Calculation Error