As implementation of the Affordable Care Act moves forward, a group of patient advocates and health policy experts selected by the National Association of Insurance Commissioners to represent consumer interests released a report in August that describes problems consumers might encounter under the law’s insurance reforms. The consumer representatives also suggested potential solutions. 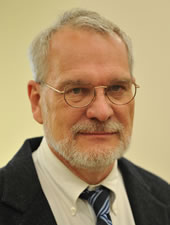 As the report makes clear, the devil is in the details when it comes to implementation of the health care overhaul. The rules that are established will determine whether it is easy or hard for consumers to meet their obligation to have insurance, for example, or take advantage of the comprehensive benefits promised under the law. From recommending standardized enrollment periods to limiting the amount of leeway insurers have in determining benefits, the report suggests ways to remove obstacles and help ensure consumers benefit from the law.

Timothy Stoltzfus Jost is a law professor at Washington and Lee University who has written extensively about implementation of the law and is a co-author of the report. He talked with me about some of the ways consumers’ interests could be shortchanged if insurance rules that are being developed for the implementation of the health law don’t provide specific protections.

Q. Why is this report necessary? Doesn’t the law spell out what needs to happen?

A. The law is trying to deal with a huge health care system and a huge health insurance system and make some pretty big changes. In a lot of areas it lays out what’s supposed to happen, but it doesn’t lay out the details.

Some of those details have to be laid out by the federal government. But a lot will be addressed by state insurance commissioners. Many of the issues we focused on in the report were insurance regulation issues and the role of the states.

Q. Were there any broad themes that the consumer representatives tried to address?

A. We were concerned about loopholes in the Affordable Care Act.

Limited-benefit plans are a concern, for example. These plans—which may only cover a limited number of services or pay just a few thousand dollars toward medical care—aren’t regulated under the ACA. And so you could see a migration toward companies offering those plans. We encourage states to regulate them.

An overriding concern was how to make this law work in real life. For example, we were thinking through how a ban on pre-existing conditions really works in practice. You can see that things might happen like insurers evading people who are sick by imposing waiting periods for specific benefits like chemotherapy or autism treatment, or limiting benefits in ways that might make them unattractive to consumers with serious health problems. The secretary of Health and Human Services has said it’s permissible for insurers to limit the number of visits to certain providers, for example.

If it isn’t squarely addressed, some insurer may say, “Well, it’s not expressly prohibited…”

Q. A key part of the law is the requirement that health plans sold on the state-sponsored exchanges and on the individual or small group markets provide 10 types of medical services, called the essential health benefits. They include hospitalization, emergency services, and maternity and newborn care, among others. Describe how that protection could be weakened.

A. It’s one thing to make sure that plans provide drugs, it’s another to make sure that people can get the drugs they need. You have to say more than that you just have to cover prescription drugs. It’s not enough to cover just one drug in a category or class—one anti-depressant or a narrow range of AIDS drugs, for example. People need more choice than that.

What made us most nervous is the idea of actuarial equivalence: that the insurer can swap out one kind of benefit for something else, as long as the value of the services overall is comparable. The Department of Health and Human Services has said insurers will have flexibility in how they design their benefits.

Potentially insurers could substitute benefits across benefit categories to discriminate against high-risk consumers.

For example, people with disabilities and chronic conditions rely on rehabilitative services and medical devices to a greater extent than those without such conditions. Insurers could significantly reduce coverage for those services while increasing it for services that are actuarially equivalent, such as preventive services, but that chronically ill consumers are less likely to use.

Q. Most employees, when they start a new job, currently face a waiting period before their health insurance coverage begins. The health care overhaul limits such waiting periods to 90 days starting in 2014. That seems like a long time.

A. If states want to go further than the federal standard, they can. We recommended that states limit waiting periods to no more than 60 days.

Q. What about the individual mandate? If people go for two or three months without coverage, aren’t they going to owe a penalty for not having health insurance?

A. The penalty for not having insurance only applies after 90 days. So the waiting period isn’t a problem. But it could be a problem not having health insurance, however.