States enacted a record number of abortion restrictions in the first half of 2011, many of them requiring 24-hour waiting periods, ultrasounds or parental permission to deter women from obtaining abortions. But these types of “demand-side policies” have not had much of an impact in the past on national abortion rates, according to an article in the most recent edition of the New England Journal of Medicine.

Instead, abortion opponents in several states are making “an aggressive new thrust” at the procedure by focusing on the “supply-side” of abortions: the doctors, hospitals and clinics that provide the services. And the strategy may prove more effective.

Only 14 percent of OB-GYNs provide abortions, and many states have few willing providers. 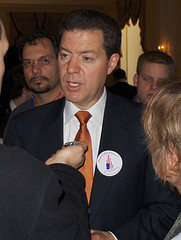 In Kansas, for example, legislation recently signed by Republican Gov. Sam Brownback would institute new requirements for abortion clinics, including separate dressing rooms for patients and staff, complete with toilets, washing station and storage, in addition to procedure rooms of at least 150 square feet, writes author Theodore Joyce of the City University of New York and the National Bureau of Economic Research. Those rules could force two of the state’s three abortion providers to stop offering the service. On July 1, however, a federal judge temporarily blocked Kansas from enforcing the regulations.

These types of “supply-side” policies against abortion were particularly effective in Texas, Joyce argues. The Texas Woman’s Right to Know Act, which went into effect in January 2004, included two components: for abortions before 16 weeks, it implementing “demand side” restrictions like requiring women to receive mandated information at least 24 hours before an abortion. For abortions after 16 weeks, it implemented “supply-side” restrictions requiring that later-term abortions be performed in a hospital or an ambulatory surgical center with staffing, reporting and facility-structure requirements.

To Curb Abortions, States Focus On The ‘Supply-Side’