”I was kind of taken aback by it. I wasn’t sure how to respond to it,” he said. 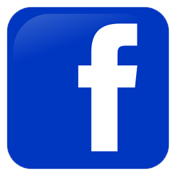 The requests were a first for the doctor who serves as a faculty member in pulmonary and critical care medicine at Indiana University’s School of Medicine. Bosslet’s wife, a pediatrician, and his colleagues were also receiving friend requests from their patients or their parents on Facebook.

“I thought to myself, there’s got to be something out there where people would have at least documented their experiences with this or how often it happens,” he said. But to Bosslet’s surprise there wasn’t much information available. So he and colleagues mailed surveys in 2010 to more than 3,000 doctors, residents and medical school students around the country to gauge their attitudes toward online social networks.

The results, while small — only 455 responses — revealed that a majority of the doctors found it “ethically unacceptable to visit the profiles of patients” or interact with patients on social networks for either social or professional reasons. His research was published recently in the Journal for General Internal Medicine.

“We really tried to stress in the discussion that these results have to be tempered by the fact that the response rates were so low, but still the results were so compelling– that’s why the Journal actually did decide to publish it. Generally response rates this low don’t get an editor to raise an eyebrow.”

Data from the collected surveys showed the majority of respondents was “pessimistic” about the potential for online social networks to “improve patient-doctor communication.” There was also a major concern among doctors over patient confidentiality.

One doctor who does see potential is Dr. Kevin Pho, a physician in Nashua, N.H., who also hosts a lively blog and Twitter feed. Pho says there is a fear among physicians when it comes to social networks, but for assistance he pointed them to guidelines from the American Medical Association.

“I don’t think [doctors] see a lot of value in [social networks]. I think they see a lot of risk,” he said. He agreed with the findings from Bosslet’s study—that doctors and patients should not be interacting on a personal level through social networks—but says communication through such a network can contribute to the doctor-patient relationship.

His policy: never ‘friend’ patients. But he would reply to a patient on Twitter asking about a good website for breast cancer screening guidelines. “There has to be some nuance here, and I think that this is so early in the social media game, that a lot of doctors don’t fully appreciate that.”

Bosslet says there have been some controversies involving social media and his students. Earlier this year, a medical student was reprimanded after a nurse saw his Facebook post regarding a patient. Bosslet says that the information was not in violation of the privacy rules in the federal Health Information Portability and Accountability Act (HIPAA), but there were still consequences for discussing the patient in a public forum. “It goes beyond the federal HIPAA guidelines,” he says. “All of a sudden we have a forum that blurs the line between public and private.”

To Friend Or Not: The Facebook Challenge For Doctors