COLORADO SPRINGS, Colo. — Forty-two boxes of returned mail lined a wall of the El Paso County Department of Human Services office on a recent fall morning. There used to be three times as many.

Every week, the U.S. Postal Service brings anywhere from four to 15 trays to the office, each containing more than 250 letters that it could not deliver to county residents enrolled in Medicaid or other public assistance programs. This plays out the same way in counties across the state. Colorado estimates about 15% of the 12 million letters from public assistance programs to 1.3 million members statewide are returned — some 1.8 million pieces of undelivered mail each year.

It falls on each county’s staff, in between fielding calls, to contact the individuals to confirm their correct address and their eligibility for Medicaid, the federal-state health insurance program for people with low incomes.

But last year, state officials decided that if caseworkers can’t reach recipients, they can close those cases and cut off health benefits after a single piece of returned mail. 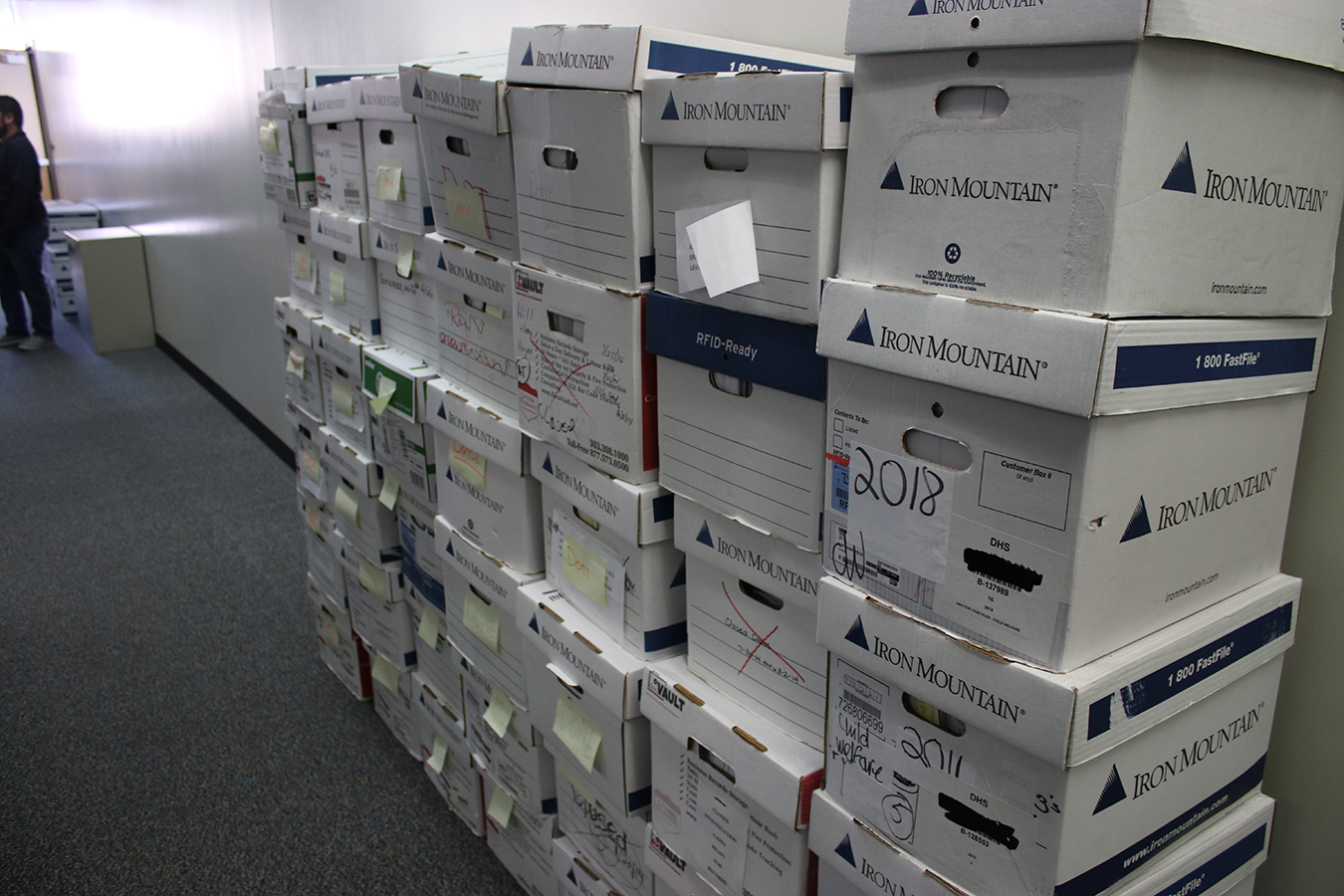 Boxes of returned mail, originally sent to residents enrolled in Medicaid or other public assistance programs, line a wall of the El Paso County (Colo.) Department of Human Services office. Although Colorado has lowered the threshold to trigger an eligibility review from three pieces of returned mail to just one, El Paso County rarely closes cases based on a single piece of returned mail and opts not to act on addresses that are often used by those who are homeless.(Markian Hawryluk/KHN)

Medicaid, food stamps and other public benefit programs have avoided the march toward digital communication and continue to operate largely in a paper-based world. That essentially ties lifesaving benefits for some of the most vulnerable populations to the vagaries of the Postal Service.

As returned mail piles up, Colorado and other states take increasingly drastic measures to work through the cumbersome backlog, lowering the bar for canceling benefits on the basis of returned mail alone. Missouri, Oklahoma and Maryland are among those that have struggled with the volume. And when Arkansas implemented Medicaid work requirements, nearly half of the people who lost benefits had failed to respond to mailings or couldn’t be contacted.

At best, tightening returned mail policies could save states some money, and those cut from the benefits yet still eligible for them would experience only a temporary gap in their care. But even short delays can exacerbate some patients’ chronic health conditions or lead to expensive visits to the hospital.

And at worst, the returned mail may be contributing to a major drop in Medicaid enrollment and increased numbers of uninsured. Those dropped from the rolls rarely realize it until they seek care.

“There’s a lot of concern on this issue,” said Ian Hill, a health policy analyst at the Urban Institute, a think tank based in Washington, D.C. “Are they getting purged from the records unfairly and too quickly?”

States have been walking a tightrope. While trying to aid their poorest residents, they also are grappling with budget-busting Medicaid costs and pressure from the Trump administration to ensure everyone on public assistance programs qualifies for the benefits.

Some states have sought “procedural denials because it kept their costs down,” said Cindy Mann, who ran the Medicaid program under the Obama administration.

“But we certainly don’t want to cut somebody off while they’re still eligible,” said Mann, who is now a partner with the law firm Manatt, Phelps & Phillips. “It’s penny-wise and pound-foolish.”

Low-income families who depend on public benefits tend to move often, leading to frequent errors in the addresses on file. But if a person moves out of state, the state-administered Medicaid benefit cannot move with them.

“States have always struggled with how to handle returned mail,” said Jennifer Wagner, a senior policy analyst with the Center on Budget and Policy Priorities, a left-leaning think tank in Washington, D.C. “But we have more recently heard of states pushing a policy to be very aggressive about canceling clients when the state receives returned mail, and that has led to significant disenrollment.”

In April 2018, Colorado lowered its recommended threshold for acting upon returned mail from three pieces of undeliverable mail to just one. From May 2017 to May 2019, enrollment in Medicaid and the Children’s Health Insurance Program dropped 8.5% in the state — more than three times the national decline of 2.5%, according to the Medicaid and CHIP Payment and Access Commission, a congressional advisory panel.

It’s unclear how much of the drop was due to returned mail. The enrollment declines could also reflect some combination of a proposed federal rule to deny green cards to immigrants who use public benefits, cuts in federal funding for outreach to sign people up for health coverage or an improved economy.

Colorado has not set up a way of tracking how many people are losing benefits because of returned mail or what happens to those who do.

“We don’t have one data point that we can track,” said Marivel Klueckman, who oversees Medicaid eligibility functions for Colorado. “That is something we’re building into the future.”

Of the more than 131,000 Colorado households that have public benefit mail returned each year, the state estimates about 1 in 4 cannot be reached, resulting in the possible closure of nearly 33,000 cases.

People cut off from benefits may never learn why and may not seek to restore their benefits, which concerns Bethany Pray, health care program director at the Colorado Center on Law and Policy, a Denver-based legal aid group.

“You’re going to lose people who are truly eligible and should never have been taken off and who face barriers to re-enrollment,” Pray said. 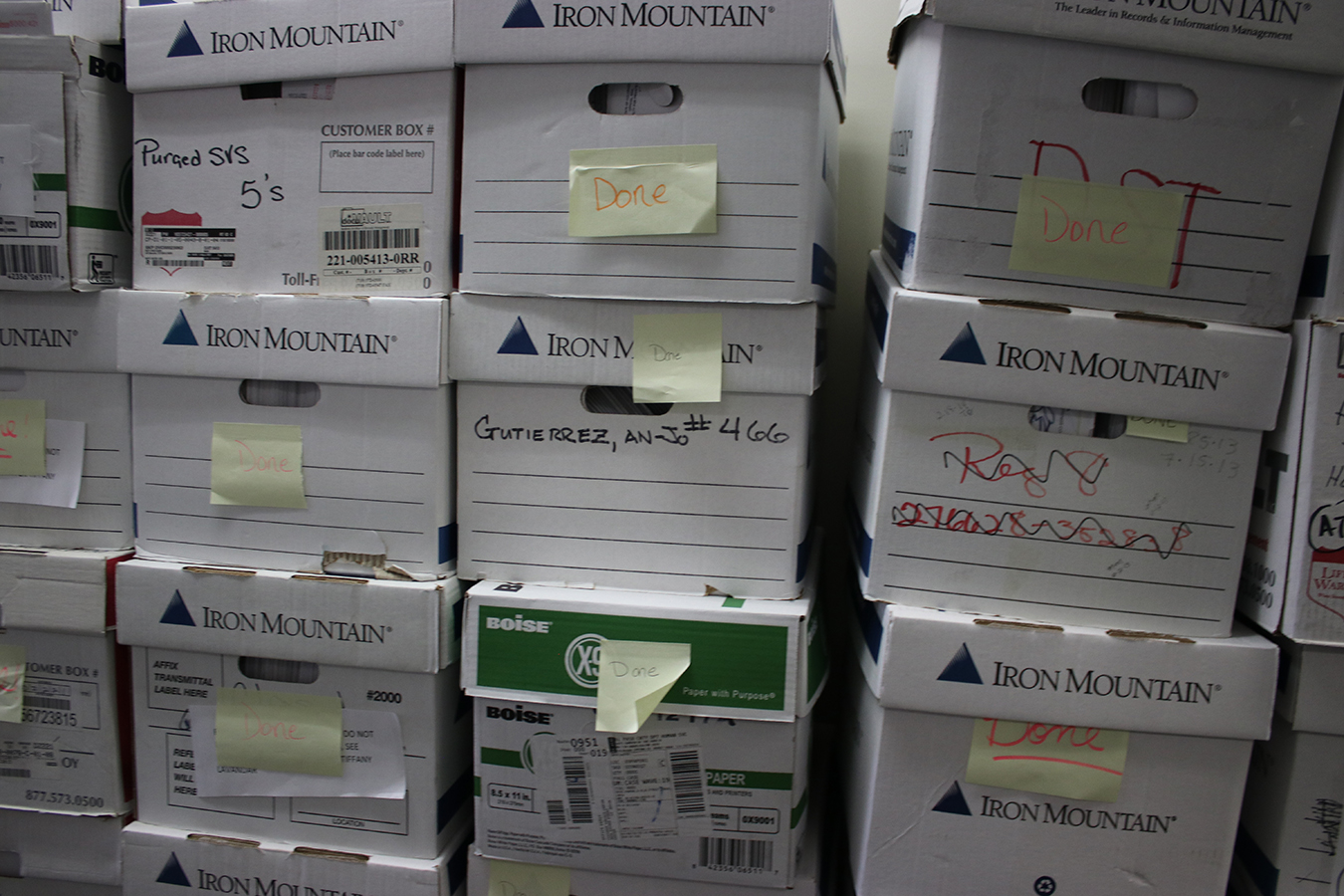 Of the more than 131,000 Colorado households that have public benefit mail returned each year, the state estimates about 1 in 4 cannot be reached, resulting in the possible closure of nearly 33,000 cases.(Markian Hawryluk/KHN)

The lack of dependability of the Postal Service, particularly in rural areas of the state, adds to the concerns about relying on snail mail for important government correspondence.

Officials from the ski resort town of Snowmass Village, for example, complained last spring that they didn’t have any mail delivered for an entire week.

“We have received over 6 feet of snow in the last two weeks and we still get more complaints about postal delivery than snow removal,” town officials wrote in a March survey conducted by the Colorado Association of Ski Towns. “People aren’t getting bills, jury summons, medications, certified mail.”

In June, three members of Colorado’s congressional delegation sent a letter to the postmaster general, pressing her to address a range of postal issues including lost or returned mail.

There’s no question that cutting off people after one piece of paper mail is returned saves the state money in sending letters and processing undeliverable mail — though other costs may add up later. Colorado public assistance programs mail more than a million letters each month, at a cost of nearly $6 million annually. That is a small share of what is spent on the actual assistance, given that Colorado’s Medicaid program alone costs $9 billion a year.

Cutting off assistance after one piece of returned mail also helps the state avoid making monthly payments to regional health organizations for case management and dental services for those who no longer qualify for benefits.

However, Colorado Medicaid’s Klueckman said the state is primarily concerned with making sure eligible residents get their notifications and remain enrolled. The state moved eligibility determinations and renewals online and now offers a mobile app so residents also can receive notifications electronically.

Colorado plans to open a consolidated returned mail center for the state as soon as July 2020. That could provide some economies of scale and consistency, but has the potential of increasing the number of people dropped, as local knowledge is replaced by automation.

Counties currently receive guidance from the state on how to process returned mail, but they have leeway to set their own procedures. El Paso County, for example, rarely closes cases based on a single piece of returned mail and opts not to act on addresses that are often used by those who are homeless, such as a shelter or post office.

“They’re the least likely for us to be able to have a phone number to call them,” said Karen Logan, economic and administrative services director for the county.

The county, Colorado’s second-largest, used grant money this year to pay staff overtime to whittle down its backlog of returned mail. That has helped the county process more than 48,000 pieces of returned mail in the past year, with more than a third prompting database changes. But officials could not say how many of those resulted in people losing benefits.

“We have some other things that are a little bit higher on the priority scale, so we don’t close as many cases as we probably could,” Logan said. “But I can tell you this: Closing a case and having a person have to reapply two months later takes significantly more work.”