California is overhauling the way it collects information for its massive cancer database in the hope of improving how patients are treated for the disease.

Pathologists at a dozen hospitals in the state are part of a pilot project — the first of its kind in the United States — in which they are reporting cancer diagnoses in close to real-time to the California Cancer Registry. And they are using standardized electronic forms to make their reporting more consistent and accurate.

That represents a significant change for the registry, which traditionally relies on data up to two years old.

Physicians and researchers say the state’s partnership with St. Joseph Health in Orange County and UCSF Benioff Children’s Hospital in Oakland could become a model for cancer registries in other states. The changes in California are in line with Vice President Joe Biden’s “cancer moonshot,” which is intended, among other things, to facilitate cures through better data sharing, they said.

California’s registry, run by the state Department of Public Health, has amassed data on more than 4.5 million cancer patients since it began collecting information in 1988. It contains data on cancer diagnoses, including the type and extent of the cancer, screening, patient demographics, initial treatments and outcomes.

If the cancer registry had current information from around the state, medical providers could see what treatments were most effective and make more informed and timely decisions with their patients, said Dr. Lawrence D. Wagman, executive medical director of the Center for Cancer Prevention and Treatment at St. Joseph Hospital in Orange. That, he said, could improve outcomes.

“Our driving force is making sure we can get the patient to the right treatment, the right trials as quickly as possible,” she said.

Real-time reporting in cancer registries might eventually make it easier for doctors to obtain important information on their patients if they go to different places for radiology, oncology and surgery — or if they switch physicians or hospitals. Currently, however, the data does not include patients’ identities.

Researchers regularly use the California database to search for trends, confirm potential cancer clusters and identify disparities in screening and outcomes.

They’ve used the information to determine that cancer patients on Medi-Cal have lower survival rates than those privately insured, that the risk of childhood cancers may vary depending on where the mothers were born, and that the social benefits of marriage could help patients live longer.

State cancer registries across the nation report data to the Centers for Disease Control and Prevention, where it is compiled into an annual report used for research.

But pathologists and medical providers said the lack of consistency and timeliness of the registries in California and elsewhere limits their value in helping individual patients. Registries have been used primarily for research and surveillance of cancer trends based on historic data.

“The current system is not working as well as it should,” said Bob Achermann, executive director of the California Society of Pathologists. “There are long delays … You would assume that a program that has been around as long as it has would be more sophisticated, but it is not.” 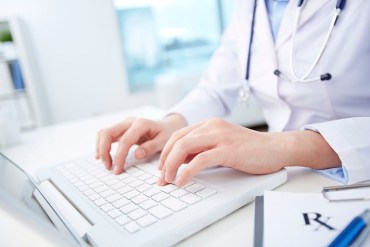 State law requires hospitals and cancer centers to report nearly all cancer diagnoses to the state registry. Only about five percent of diagnostic data is currently being sent in real-time, but California health officials plan to expand that to as much as 10 percent by next June and 65 percent by 2022. The ultimate goal is for 100 percent of reporting to be in real time, though there is no specific time frame for achieving it.

Pathologists say the technological groundwork is already there, in part because of the electronic medical records used by most hospitals. But public health officials said that hospitals and cancer centers also may have to upgrade their information systems.

Assemblywoman Susan Bonilla (D-Concord) has proposed legislation that would require pathologists, beginning in 2019, to use an electronic medical record or a web portal when they report cancer diagnoses to the state registry. Currently, most pathologists report new diagnoses with written paragraphs about a patient, and specific information is pulled out of the text. Supporters of the bill argue that the registry needs to be updated so it can be used by oncologists making critical decisions about treatments.

The electronic reporting forms used by hospitals in the pilot project, developed by the College of American Pathologists, are checklists that ask for specific information about patients and their cancer diagnoses.

The checklists can be much more easily analyzed than written paragraphs about a patient, said Robert Hiatt, chair of the department of epidemiology and biostatistics at the University of California, San Francisco. “You don’t have to … try to interpret texts,” he said. “It is collecting data from the get-go that is standardized. That is a very good thing.”

The pilot project is a collaboration among the hospitals, the College of American Pathologists, software developer mTuitive Inc., and the public health department, which is the primary funder.

Having access to current and standardized data could change the way registries are used, said Samantha Spencer, director of structured reporting at the College of American Pathologists. In addition to being used for surveillance, the registries — a “warehouse of critical information” — could also improve patient care, she said.

“It is not just having the information,” Spencer said. “It is acting on it.”

California public health officials said they will be able to generate real-time surveillance statistics, identify cases for ongoing research and implement a statewide program to improve the quality of cancer treatment.

“The environment within health care provider organizations and specifically cancer reporting facilities has changed significantly in the last 10-plus years,” the California Department of Public Health said in a statement. “As technology in every aspect of our lives has drastically changed, so has the expectation of physicians, laboratories, facilities and facility groups about what types of data they need.”