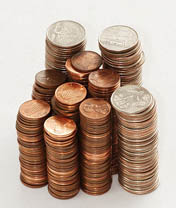 Insurers who offer “association health plans,” which are often sold through trade groups or other organizations of affiliated members, will face the same scrutiny of premium rate hikes as other types of insurance, federal officials said Thursday.

The decision came in a rule clarifying that insurers offering association health plans will be required to provide justification for rate hikes of 10 percent or more. The new federal health law says that rate increases above 10 percent will be posted publicly.

Consumer groups had raised concern that such plans were left out of rules first released in May.

The requirement that they scrutinize all increases of 10 percent or more went into effect Thursday for most plans sold to individuals and small groups, but will be delayed until Nov. 1 for association plans.

In future years, the threshold amount, now 10 percent, will be set by the states in conjunction with federal officials.  All policies sold to individuals and small groups fall under the rules, which are aimed at shedding more light on the reasons behind rate increases.