Going to the doctor’s office can feel so routine. You sit in the waiting room, fill out the paperwork, get measured and hop onto the exam table.

But medical appointments for patients with disabilities require navigating a tricky obstacle course, full of impediments that leave them feeling awkward and could result in substandard care.

Despite laws that require ramps and wider doors for access, many health care providers don’t have scales that can accommodate wheelchairs, or adjustable exam tables for patients who can’t get up on one by themselves.

Dr. Lisa Iezzoni, a professor of medicine at Harvard Medical School who has multiple sclerosis and uses a wheelchair, said she went 20 years without properly being weighed. This can result in treatment plans, and even prescriptions, based on educated guesses rather than exact information, she said.

The Affordable Care Act was set to update standards for accessible medical treatment within the Americans with Disabilities Act (ADA), which is enforced by the Justice Department. But the Trump administration stopped action on this change late last year as part of its sweeping effort to roll back regulations across the federal government.

“I was in shock when I heard that [Attorney General Jeff] Sessions’ Justice Department had pulled back on their rule-making,” said Iezzoni.

Denise Hok, 54, who lives in Colorado Springs, Colo., and uses a wheelchair, opts for home health care when possible and avoids doctors’ offices where “it feels like it doesn’t really matter if something is wrong.” When offices don’t have accessible equipment, she said, it “sends a message.” 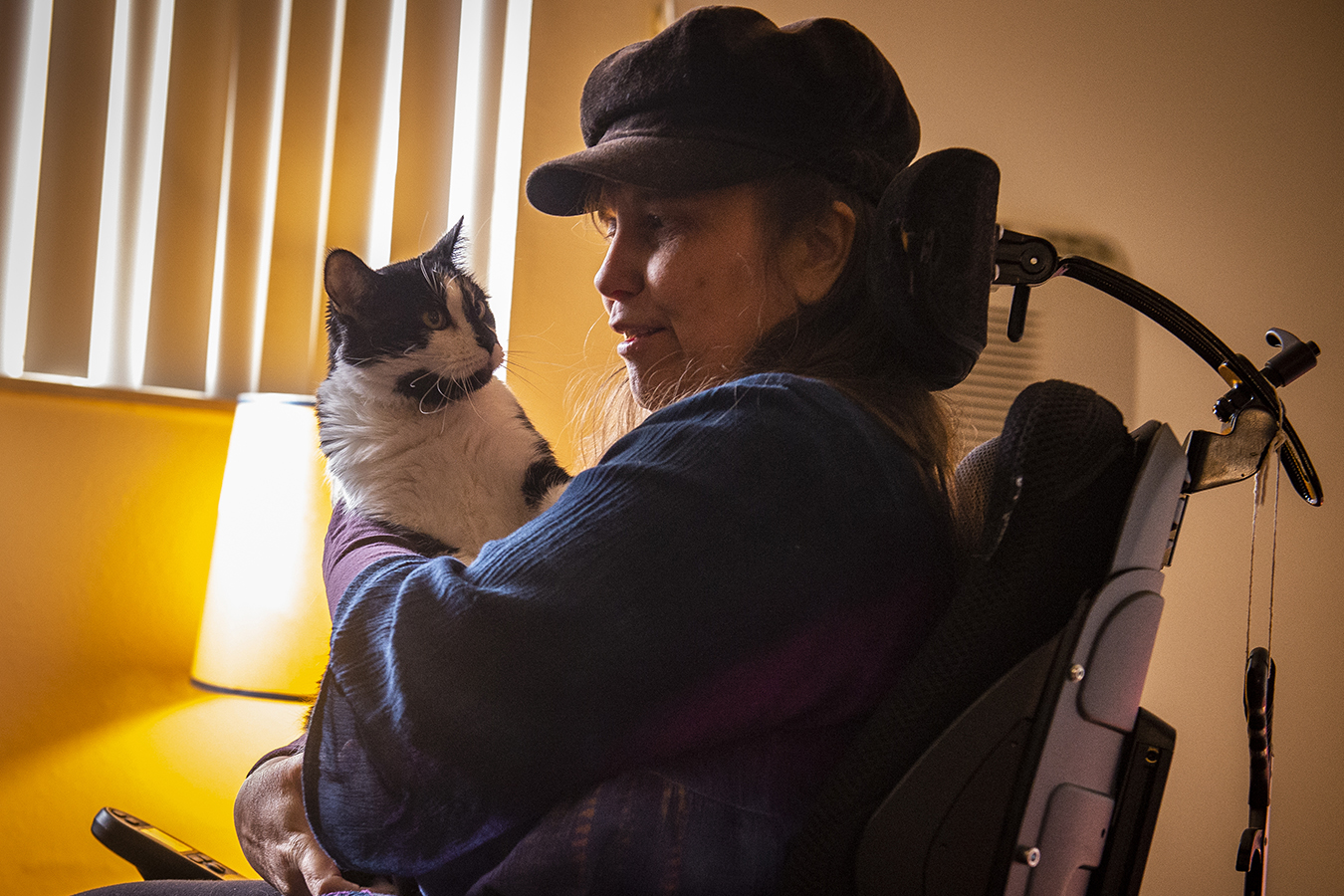 The ADA, a 1990 civil rights measure designed to prohibit discrimination against people with disabilities, requires that public places be accessible, meaning new buildings and certain commercial establishments must provide ramps, doorways wide enough for a wheelchair, handrails and elevators.

The law applies only to fixed structures, though, and doesn’t address “furnishings” unattached to buildings. At doctors’ offices, that means scales, tables, X-ray machines and other diagnostic equipment aren’t legally circumscribed.

The result is that movie theaters and laundromats have to be accessible to all people, but important aspects of the medical industry do not, said Megan Morris, an assistant professor in the department of family medicine at the University of Colorado who has studied patients with disabilities and their access to health care.

The ACA directed a federal panel, the Architectural and Transportation Barriers Compliance Board, to take steps to close this gap by issuing standards for determining what medical equipment could be deemed “accessible.” Their report was finalized in January 2017, just before President Barack Obama left office.

But the DOJ’s decision in December not to update enforcement accordingly reinforces the disparities in how people are treated, said patients and disability rights advocates.

Paul Spotts, 58, who is paralyzed from the chest down, said his checkups are “a joke.” His doctors check his eyes and ears but they don’t put him on a scale or exam table because they can’t. They don’t know how tall he is and they rely on how much he thinks he weighs.

Patients with disabilities report feeling “icky” — as if doctors and nurses don’t want to touch them to examine them, explained Colorado’s Morris, based on her research, adding that there’s a psychological toll to being treated as an “other” by the medical system.

Spotts, who also lives in Colorado Springs and has used a wheelchair for 30 years, finds it exasperating. He spends a lot of his time during appointments explaining his medical care to doctors who don’t understand how his bladder works, what his circulation problems are or how to treat his leg spasms.

The lack of equipment mirrors a lack of physician training and sensitivity to the issue, experts said. To get at this frustration, or even the perceptions that lead to it, “we need to think more broadly: How do we equip our health care providers?” Morris said. There is “implicit bias, and they don’t realize they may or may not be treating patients with disabilities differently.”

Dealing with exam tables and scales may be the first step.

“I think that all of us want to take the absolute best care of our patients, we want to account for patient needs,” said Dr. Michael Munger, president of the American Academy of Family Physicians.

How physician practices adjust often relates to their specialty and primary patient population, not to mention the financial calculation. A small practice might balk at the $1,800-to-$5,800 price tag for an adjustable table.

Under certain conditions, [it seems as if] you don’t matter as much as someone who’s not ‘broken.’

Sometimes it’s a matter of “local solutions” and workarounds, such as sending a patient to a hospital to be weighed if a small practice doesn’t have an accessible scale, Munger said. That’s easier said than done for a patient like Spotts, who would have to drive more than an hour to reach a hospital that could weigh him.

Some medical systems are taking action.

States are using their Medicaid programs for similar, limited efforts.

California has worked with the disability community to create a survey for Medicaid providers, finding where gaps are and creating regulations requiring accessible equipment like exam tables and scales, going so far as to create a database of which providers have them. But with the Trump administration failing to move forward, what care people with disabilities receive may depend on where they live.

Said Hok: “Under certain conditions, [it seems as if] you don’t matter as much as someone who’s not ‘broken.’”