Dismayed by the results of the 2016 election, Meg Godfrey decided she needed to do more than vote, share social media posts and sign online petitions. So she went to the website of Sen. Roy Blunt, R-Missouri, and typed a note in support of the Affordable Care Act.

A short while later, Godfrey received an email reply from Blunt, essentially a form letter explaining why he supported the law’s repeal. “When President Obama signed this bill into law, he assured Americans that they would be able to keep their plans and doctors, while promising choice and affordability,” Blunt wrote. “Since the law has gone into effect, I have heard from countless Missourians who were unable to keep their insurance plans and/or providers.” 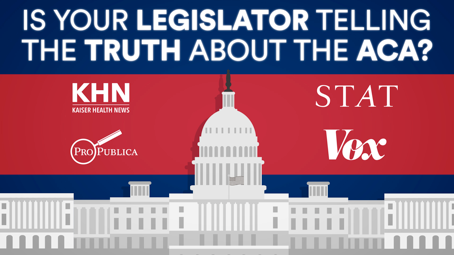 Tell us what you’ve been told by members of Congress regarding the health law as we collect and analyze letters and emails from elected officials to constituents on the ACA.

The email then gave a number of statistics to buttress Blunt’s position that the law is failing.

But something about the letter didn’t sit right with Godfrey, so she forwarded the email to ProPublica, asking us to fact check it. Our assessment: The note was misleading and lacked important context.

That led ProPublica to wonder about the accuracy of responses sent to constituents by other members of the House and Senate on the Affordable Care Act and its future. Today, ProPublica is teaming with journalists at Kaiser Health News, Stat and Vox to gather those missives from our readers. On Monday, House Republican leaders unveiled their official proposal to repeal and replace the law. As the legislative debate begins in earnest, we plan to look at the representations made by elected officials from both parties and share what we find.

ProPublica asked Timothy Jost, an ACA expert and emeritus professor at Washington and Lee University School of Law, to review Blunt’s email. “Some of this information is inaccurate, the rest of it is spin,” he concluded.

A spokesman for Blunt provided citations for the data in the senator’s note but did not respond to a follow-up email.

Blunt’s email: “By the end of 2013, over 4.7 million Americans had their health care plans canceled.”

Analysis: The 4.7 million figure came from an Associated Press article from December 2013, Blunt’s office said. Subsequent analyses, however, showed that the figure was overstated. Two researchers from the Urban Institute, writing in the journal Health Affairs, estimated that the number was closer to 2.6 million. Moreover, Jost notes, the Obama administration said states could allow insurers to leave transitional plans in place after Jan. 1, 2014.  Missouri was one of the states that did so. “So if a plan was cancelled in Missouri, it was the decision of the insurer, not a federal requirement,” Jost wrote.

Blunt’s email: “This year, Missourians who purchase health insurance on the ObamaCare exchanges will see an average of a 25 percent increase on their premium.”

Analysis: The average premium for a Missouri plan did indeed increase by 25 percent this year, according to ACAsignups.net, a website that tracks the law and was cited by Blunt’s office. But that isn’t the entire story. First, the vast majority of marketplace enrollees in Missouri and nationwide receive hefty subsidies that reduce their cost.

Second, if you step out of the aggregate and look instead at a hypothetical person shopping for an affordable plan, the increase is lower. The Obama administration often compared monthly premiums for a 27-year-old in a benchmark plan (the plan upon which the government calculates subsidies). In Missouri, the premium actually decreased from $235 to $233 between 2014 and 2015. It increased 10 percent in 2016 and another 18 percent, to $305, for this year, according to the U.S. Department of Health and Human Services.

But most enrollees aren’t paying the sticker price. Some 78 percent of Missouri marketplace consumers in 2016 could obtain coverage for $100 or less per month in 2017, after accounting for subsidies from the government, federal data shows.

Blunt’s email: “In addition to increased costs, families in Missouri and across the nation have lost the ability to choose a plan that best suits their health care needs.   Missourians in 97 of 114 counties and the city of St. Louis will only have one option on the exchange.”

Analysis: Blunt is technically correct, but again the statistic lacks context, according to Politifact Missouri. “According to the U.S. Census Bureau, of Missouri’s roughly 6 million residents, about 63 percent live in the 17 counties and one city that will continue to have at least two provider choices,” the fact checker wrote in February.

What’s missing: Blunt’s email did not mention that more than 200,000 Missourians receive coverage through the Affordable Care Act exchanges. It also didn’t mention that health insurance premiums routinely increased by large amounts before the law took effect and that many Missourians with preexisting conditions effectively had no insurers to pick from, Jost said.

The number of people without insurance has gone down under the ACA, falling from 13 percent in 2013 to 9.8 percent in 2015, the most recent year for which data is available, according to the U.S. Census Bureau.

Blunt spokesman Brian Hart declined to say how many people have written the senator about the ACA and what percentage of them were for or against the law. 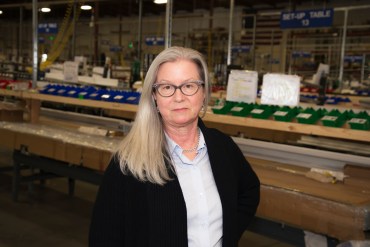 Godfrey, who wrote to Blunt, is currently employed as a brand communications manager for a lighting manufacturer. She and her husband live in Northern California but are moving to St. Louis later this year. “I’m getting a head-start on my political activism in the state,” she wrote in an email to ProPublica. “We had planned to retire and get insurance on the exchange. Now we still plan to move but will, most likely, continue to work until we are eligible for Medicare.”

Godfrey, 62, said Blunt’s response to her was “infuriating.”

“I asked about what he was doing to take care of the people who elected him and he spouted misleading statistics,” she wrote. “I am surprised he didn’t bring up death panels [which do not exist]. I hate being treated like an idiot.”

Have you corresponded with a member of Congress or a senator about the Affordable Care Act? We’d love to see the response you received. Please fill out our form .

Charles Ornstein is a senior reporter at ProPublica, a nonprofit news organization based in New York City.

This story was co-published with ProPublica, Stat and Vox.