UnitedHealthcare said Thursday it will expand its high-profile test of whether bundled payments for chemotherapy can help slow rising cancer treatment costs, part of a growing effort by insurers to find new ways to pay for care.

Results from United’s initial pilot test – reported last year – were puzzling: The overall cost of cancer care for patients in the study dropped by 34 percent, even as spending on chemotherapy drugs spiked significantly. 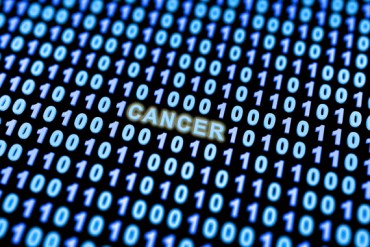 To try to find out why, UnitedHealthcare said about 500  more oncologists in Texas, Colorado, Florida and Oklahoma will join the study, bringing the total to about 650 physicians in seven states. Among other things, the pilot caps the profit the oncology practices can make on the chemotherapy drugs they prescribe, while adding a payment meant to cover physician care in the hospital, hospice management and to provide case management services to patients.

It’s a variation on so-called “bundled payments” that are becoming more common in health care, particularly for such things as joint replacement surgeries. The idea is to bill and pay based on the overall treatment of a certain condition, rather than for each separate procedure and doctor visit. Because cancer treatment is so expensive, it is also now being targeted for bundled payments, but the complexity of treatment makes it harder to design bundles.

“The big question is whether United’s results are replicable,” said Conway. “They’re working on that right now.”

While general efforts to control costs vary from creating so-called medical homes, where care is coordinated, to sharing savings with doctor groups that become more efficient, the ones drawing the most attention now are the bundled payments, said Kathryn Fitch, principal and health care consultant at Milliman. Medicare joined the effort to test bundles for cancer care this year with a pilot set to begin in the spring. Among other things, the complex program will pay doctors an additional $160 a month per patient to provide extra support for chemotherapy patients, such as around-the-clock patient access to medical staff. Participating practices will have to meet specific requirements, including using electronic medical records, and they will  get financial incentives if they reduce their overall cost below benchmarks and meet quality targets.

“This is just going to get bigger – and Medicare is driving that,” said Fitch. “All insurers are adopting the same mantra. Even the pharmaceutical companies are doing more deals with providers and payers.”

How United Tested Its Theory

Rather than being held to any specific treatment regimen, each practice drew up its own and could add new medicines at any time. United reimbursed them the average sales price of the drugs given, plus a small amount meant to cover physician care in the hospital, hospice management and to provide case management services to patients.

That differs from how the insurer pays oncologists outside the study, where they are reimbursed the amount paid for the drug, plus about 22 percent to cover office costs. By comparison, Medicare reimburses oncologists for drugs administered in their offices average sales price plus 6 percent. Policy experts say such payment methods encourage the use of more costly drugs, even when just-as-effective – but less expensive and less profitable – drugs are available.

At the end of the three-year study, even though spending on chemotherapy drugs rose substantially, the cost of caring for the patients was $33.4 million less than costs for a control group of similar patients who were not part of the study. All patients had either breast, colon or lung cancer. United redistributed one-third of the savings with the physician practices by increasing their patient payments for a second round of the pilot, which is still ongoing.

What, exactly, led to the cost savings isn’t clear. But Newcomer said a reduced number of hospitalizations and use of radiation services clearly contributed, adding that the next round of its pilot program may offer more complete answers.

Still, the initial study wasn’t large enough to find statistical differences in quality measures, so whether patients in the study fared better or worse than those outside isn’t known.

“It’s not surprising the [payment pilot] reduced hospitalization if it provided an economic incentive for doctors to do so,” said professor Jerry Avorn at Harvard Medical School. “But you have to ask, was the control group using too much hospital care or was the innovative system using too little?  In the absence of outcome data, how would we know? It’s particularly important to define and measure outcomes carefully, especially in cancer patients.”

Also Thursday, United said it has launched a computer program all its cancer doctors can use – whether part of this pilot program or not — to determine if the treatments they’re prescribing fall within recommendations crafted by the National Comprehensive Cancer Network (NCCN), a nonprofit alliance of 26 cancer centers.

In the short run, the insurer says, the program will reduce the percentage of after-the-fact claim denials, which are frustrating and sometimes costly for patients. Over time, the program will also gather data about tens of thousands of patients, the drugs they take and how well they fare, so the system will provide head-to-head comparisons of chemotherapy treatments.

“Physicians will have a real world look at what is working and what may not be working as well,” said Newcomer. The insurer plans to make the aggregated results publicly available in about two years.