UnitedHealthcare can’t have its cake and eat it too. That’s the message from the California health insurance marketplace, which turned aside a request from the nation’s largest health insurer to sell statewide on the exchange because it opted not to join when the effort was getting off the ground in 2014.

California is one of a handful of states that adopted policies to encourage insurers to participate in the marketplace by creating waiting periods of up to three years if insurers didn’t participate the first year. Among the others is New York, Oregon, Colorado and New Mexico, according to a study conducted by researchers at Georgetown University for the Commonwealth Fund. 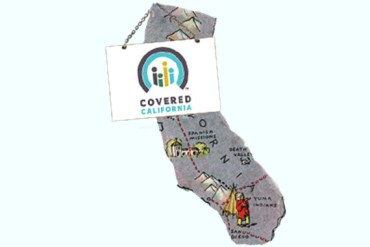 “I think it helps the willingness of carriers to participate over the long haul if they think there’s a level playing field, and it’s good for consumers if the exchange is managing competition and has rules of the road to abide by,” says Sabrina Corlette, project director at Georgetown University’s Center on Health Insurance Reforms.

Last month, California modified its position. Marketplace officials, who had originally said insurers could be locked out for three years if they didn’t join the marketplace in 2014, announced  that some insurers — including UnitedHealthcare — could apply to sell in 2016, but only in a few areas that had a shortage of carriers.

Anthony Wright, executive director of Health Access California, a consumer advocacy group, supports the move by Covered California, as the state’s exchange is called. The dozen or so insurers that agreed to sell on the exchange the first year took a risk in an untested setting, knowing they would likely be signing up sicker-than-average people who might be expensive to cover, Wright says.

“You don’t want to undermine your word to the plans that came in in year one,” he says.

But California’s insurance commissioner says that restriction is bad for consumers.

There’s nothing in the [health law] about protecting market incumbents,” says Dave Jones. “There’s a lot about expanding choice and competition.”

In most state marketplaces, any insurer that meets published criteria can sell plans. But California and some other states have adopted an “active purchaser” approach that allows them to decide which carriers can sell on their exchanges or determine plan design details, among other things.

Under the policy announced in January by Covered California’s board, plans are prohibited from applying to sell statewide in 2016 unless they were newly licensed since August 2012 or are Medicaid managed care plans. Plans that didn’t meet those criteria may apply to offer coverage in just five of the state’s 19 regions where fewer than three carriers currently sell plans.

A spokesperson for Covered California says the policy is a good compromise. It benefits insurers like UnitedHealthcare, which may have some limited participation in the California exchange before 2017. It may also help consumers in areas where coverage hasn’t been very competitive.

Benjamin Goldstein, director of public relations at UnitedHealthcare, said in an email, “We look forward to working with state officials to expand plan choices and affordable access to health care for consumers through our participation in Covered California in 2016.”

In 2014, the company, sold plans in just four state marketplaces; this year it added 19 for a total of 23 states.

In the end, concerns by states that they needed to provide an incentive to get insurers to participate in the exchanges may have been overblown, particularly in big markets like California and New York.

“It was a cautionary policy that didn’t turn out to be necessary in most cases,” says Caroline Pearson, a vice president at Avalere Health.

Just because several insurers offer coverage on a state exchange doesn’t mean everyone has many plans to choose from, however. In many regions of the country, especially rural ones, selection continues to be limited to a few carriers. That is the situation in Northern California, where thousands of residents have only one choice on the marketplace.

Nationwide, insurer participation on the exchanges continued to grow in 2015. The number of issuers offering plans grew by 25 percent, topping 300, according to the Department of Health and Human Services.

How that shakes out in California remains to be seen. Although UnitedHealthcare’s participation will be limited next year, other insurers may enter the market. For example, Oscar, a new insurer that currently sells on the exchanges in New York and New Jersey, wrote the Covered California board to express interest in selling statewide. As a new insurer, it can sidestep the restrictions placed on UnitedHealthcare.