Young American adults own smartphones at a higher rate than any other age group. Researchers from Duke University wanted to see if capitalizing on that smartphone usage with a low-cost weight-loss app might help the 35 percent of young adults in the U.S. who are overweight or obese.

If you’re rooting for smartphones to solve all our health problems, you’re not going to like what the researchers found. The smartphone app didn’t help young adults lose any more weight than if they hadn’t been using the app at all. 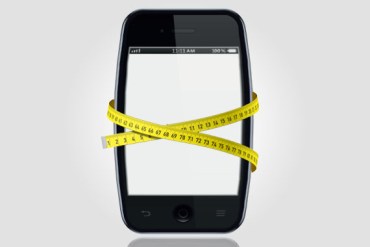 Researchers tracked the young adults’ progress after six months, one year and two years. The personal coaching group had lost more weight than the other two groups after six months, but that lead vanished at the one- and two-year follow-ups. As for the group using the smartphone app, their average weight loss was never more than the other two groups.

Lead author Dr. Laura Svetkey said that she and her colleagues were both surprised and disappointed at the results. “Given the seeming power of cell phone apps and frankly the popularity of these health and fitness apps in the commercial world, we thought this might be a really good strategy to provide effective intervention very broadly and potentially at low cost,” said Svetkey, a professor of medicine at Duke University School of Medicine.

But, Svetkey says it’s difficult to get the same level of intensity in an app that you might get through personal coaching, and people have the tendency to stop using weight-loss apps after a while. “We know that in general, the more engaged people are in intervention, the more they’re going to succeed from it,” Svetkey said. “And so perhaps we need to rethink how to make a weight-loss intervention on your cell phone more engaging.”

The stakes in helping young adults lose weight are high. Weight gain during the young adult years is associated with a variety of health issues later in life, including metabolic syndrome and cardiovascular disease, Svetkey said.

It’s not clear if these results would apply to apps that are commercially available. Svetkey says she is only familiar with one clinical study that looked at a popular commercial weight-loss app, which was also found to be ineffective at promoting weight loss. Yet that’s not to say these apps won’t work for certain people in certain circumstances, she says.

Weight Watchers, which uses a combination of apps and coaching in a group setting, and MyFitnessPal, a very popular food and exercise tracking app, didn’t respond to requests for comment by publication time.

These study results aren’t reason to give up hope about the potential for weight-loss apps, Svetkey adds, but are instead reason to intensify research efforts in this area. More work is needed to understand how to harness these technologies and leverage their strengths in a way that will lead people to change their eating and exercise behaviors, she says.

But is there any real harm in using one of these apps, even if they aren’t proven effective in research studies? Svetkey suggests that it could be a matter of wasted effort.

“We have a very serious epidemic,” Svetkey said, “and if we’re spinning our wheels on things that don’t work then that’s energy not being put towards finding and disseminating things that do work.”

Using A Weight-Loss App? Study Says It Doesn’t Help Much