While hospitals, physicians and some members of Congress want to use war savings as a way to get rid of Medicare’s sustainable growth rate formula, congressional rules could complicate things. 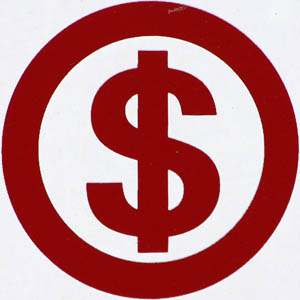 Even if there’s enough support for the idea among Republicans — and it’s unclear there is, especially in the House — there’s the issue of “scope,” or what’s currently included in the House and Senate bills.   Neither measure to extend the payroll tax cut and unemployment benefits and prevent Medicare physicians from getting a 27 percent pay cut through this month relies on the war savings – formally known as the Overseas Contingency Operations fund. And that’s an issue for Rep. Dave Camp, R-Mich., who chairs the House-Senate conference committee trying to resolve differences between the two measures.

“My view is it’s outside the scope of conference,” said Camp, who also chairs the House Ways and Means Committee. “It’s not in either the House or Senate bill at this point.”

If conferees went ahead and used the fund, it could cause problems when the legislation came to the floor if members chose to raise a point of order in objection. That is often more of an issue in the Senate than the House, where budget points of order are often waived before legislation is brought to the floor.

Such objections would be unlikely to succeed, since party leaders seldom bring a bill to the floor for a vote unless there are enough votes committed to pass the measure. And even if tried, there would probably not be enough votes to sustain it.

A related issue in using OCO funds to get rid of the SGR may be the precedent it would set.  “In the future, for other conferences, they might bring something into a conference that’s outside of its jurisdiction,” said G. William Hoagland, vice president of public policy for Cigna who previously served as a top Republican staff member of the Senate Budget Committee.  “The risk is, does it set up a precedent for the future that goes beyond this conference? That’s the danger.”

A second challenge to using the war savings to finance the “doc fix” is that that money is discretionary spending and Medicare falls under mandatory spending. Using discretionary funds to pay for mandatory spending would violate congressional pay-as-you-go rules, according to Congressional Budget Office Director Douglas Elmendorf.  Conservative Republicans who ran on a platform of fiscal responsibility may be reluctant to waive budget rules to accommodate new federal spending, especially in an election year.

But again, if House and Senate leaders have the votes to pass the measure, they likely have the votes to get around that issue. It’s important to remember, however, that in the Senate, backers would need a supermajority of 60 votes to succeed.

In a blog post published Wednesday, Elmendorf also notes that since OCO spending is set one year at a time, and has been provided only through 2012, future projections of the fund are just that — projections. “The funding has not yet been provided,” he writes, “and there is no ‘OCO fund’ set aside in the Treasury from which resources can be drawn in future years.”