This story is part of a partnership that includes Maine Public Radio, NPR and Kaiser Health News.

As Mainers head to the polls on Super Tuesday for the presidential primary, they also will decide another issue: vaccine requirements. A statewide referendum asks if voters want to overturn a new law that eliminates religious and philosophical exemptions for childhood vaccines.

Molly Frost of Newcastle wants the new law to stay. Her 11-year-old son, Asa, has a compromised immune system. He was diagnosed with Hodgkin’s lymphoma at age 5. The cancer has gone in and out of remission, Frost said, relapsing three times. Asa’s treatment has included several rounds of chemotherapy, radiation and, most recently, a stem cell transplant.

“He at this point has no immunity against any of the things he was vaccinated for in the past and could get very sick from those diseases were he to catch them,” she said.

That worries Frost, especially because her family lives in a coastal county where vaccine exemption rates are at least 9% — among the state’s highest rates. She was glad when the Maine legislature passed the law last year intended to protect kids like her son. It aims to boost immunization rates of kids entering school by eliminating nonmedical exemptions. It’s not in effect yet, but if opponents have their way Tuesday, it never will be. 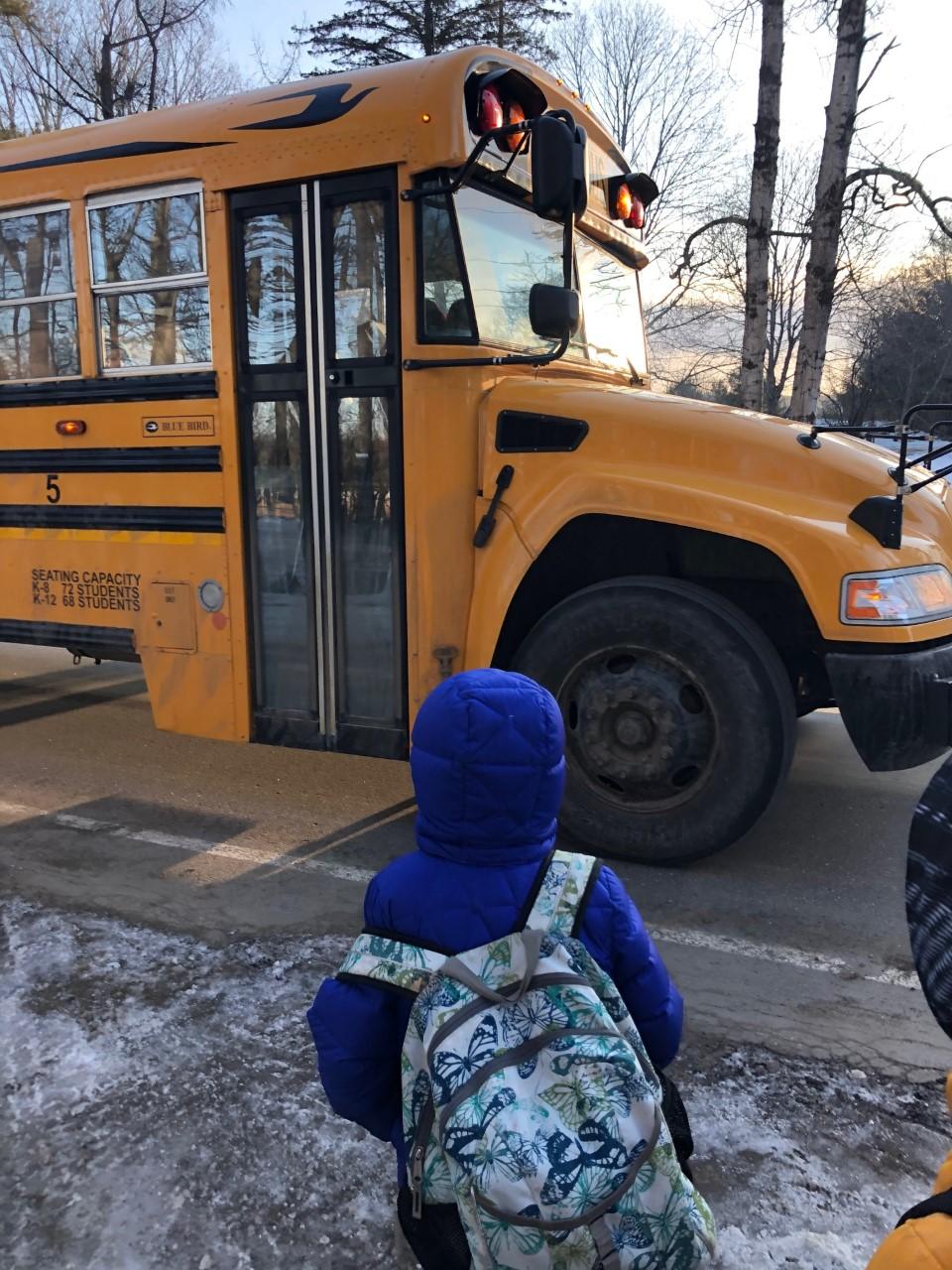 “It’s a huge infringement on personal freedoms,” said Cara Sacks, co-chair of the group that put the repeal on the ballot. “On medical freedom in particular.”

“She could not crawl,” Kenney said. “She couldn’t walk. She couldn’t even feed herself. And this went on for almost a year.”

Her daughter was diagnosed with ataxia, a brain injury listed by the Centers for Disease Control and Prevention as a rare adverse event after chickenpox vaccination. Kenney said she received a payment from the National Vaccine Injury Compensation Program. Her daughter has recovered and is now a teenager. But Kenney also has a 4-year-old and doesn’t think the state should force her to get either girl vaccinated: “I am not sacrificing my child for the greater good of the community.”

Across Maine, though, physicians and health organizations say the new law is needed to protect public health because more and more parents are using exemptions.

More than 5% of kindergartners in Maine now have nonmedical exemptions, more than double the national average. That has pushed vaccination rates for many diseases below 95% — the critical threshold to achieve herd immunity and avoid spreading a disease to kids with compromised immune systems, like Asa Frost. Pediatrician Dr. Laura Blaisdell said she has daily conversations with parents about vaccines but has felt helpless as she’s witnessed immunization rates drop.

“We have gotten to a point where there are no other solutions,” Blaisdell said.

Maine has the second-highest rate of pertussis in the country. And Blaisdell said she worries that outbreaks of measles in other states could easily arrive through the millions of tourists who visit each summer.

More than $1 million has been spent on the referendum battle. The campaign to preserve Maine’s new law received its initial support largely from doctors, nurses and health organizations. In the latest campaign filings, the group got a $500,000 boost from pharmaceutical companies Pfizer and Merck & Co. The trade organization Biotechnology Innovation Organization, which represents the biotech industry, also contributed $98,000.

The campaign to repeal the law, Yes on 1 for Maine, adopted “Reject Big Pharma” as its primary slogan. Much of the early support came from individual donations and chiropractors. More recently, the Organic Consumers Association contributed $50,000. The Minnesota-based group has been criticized for stoking vaccine fears and causing a measles outbreak in the state’s Somali community three years ago.

The backlash that has erupted over Maine’s new law doesn’t surprise Alison Buttenheim, an assistant professor of health policy at the University of Pennsylvania who studies vaccine hesitancy and state exemptions. She said when states eliminate entire categories of exemptions, some people perceive that as parental rights being sacrificed for public health.

“And you sort of wonder, could Maine have taken a different policy step? Maybe making those exemptions harder to get and accomplish the same goal of coverage and disease protection without having to go through a big repeal effort.”

If the new law is preserved, Maine would join four other states that don’t allow any nonmedical exemptions for vaccinations: California, New York, Mississippi and West Virginia.

This story is part of NPR’s reporting partnership with Maine Public Radio and Kaiser Health News.