Senate Democrats on Thursday showed little love to the Obama administration for how it is implementing the federal health law. 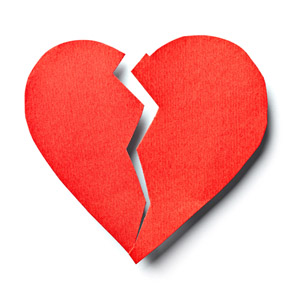 Testifying before the powerful Senate Finance Committee, the administration’s top regulator on new health exchanges encountered criticism from several Democrats who helped push through the 2010 federal health overhaul — among them Chairman Max Baucus of Montana and Sens. Ron Wyden of Oregon, Bill Nelson of Florida and Maria Cantwell of Washington.

Baucus questioned how well the online health insurance marketplaces would interact with what he called “archaic” computer systems at Social Security and the Internal Revenue Service.

Cantwell criticized the administration for failing to meet a 2014 deadline to start a so-called Basic Health Program—an optional program that would allow states to offer a cheaper alternative to the individual health policies sold in new online marketplaces to lower-income people. “You are overwhelmed by the details and technology, I get that point. … It seems as if the agency is taking pages out of the law,” she said. Washington state, which has a program similar to this, was hoping to have the federal Basic Health Program running next year when its program expires.

Cantwell also questioned whether the administration was delaying the Basic Health Program until 2015 as a way to increase the number of people who buy policies in the online markets.  That prompted a quick denial from Gary Cohen, deputy administrator and director of the Center for Consumer Information and Insurance Oversight.  Cohen said the agency was working with states to come up with alternatives in the interim.

The fiscal cliff deal, approved by Congress on New Year’s Day, eliminated most of the more than $1.4 billion in remaining funding for the program.  Nearly $2 billion in funding had already been awarded to co-ops in 24 states, but those in other states, including Florida, were shut out.

“The people of Florida are going to suffer,” he told Cohen. “I want someone to be held accountable for this.”

Cohen said he didn’t know why the White House had agreed to cut the funding as part of the deficit deal.

Finally, Wyden pressed Cohen to help find ways to resolve a glitch in the law which may result in the denial of federal assistance to millions of Americans of modest means who could be priced out of family health coverage at work. He referred to the Internal Revenue Service ruling last month that workers cannot get federal tax credits to help them purchase coverage in health insurance marketplaces, unless the cost of the individual’s coverage through their workplace exceeds 9.5 percent of the worker’s household income. The ruling ignores the fact that the cost of family coverage would be much higher.

“We’ve got millions of people – working-class, middle-class people – who are going to be pushed into a regulatory health coverage no man’s land,” Wyden said. “They are unable to afford the family coverage through their employer and ineligible for the subsidy that could be used by dependents on the exchange.”

Cohen said he would respond to Wyden in writing next month with ideas about how states could help such workers.

Cohen also told the committee that every state will have a new online insurance marketplace operating by Oct. 1 with coverage effective in January 2014—regardless of whether the markets are run by the state, the federal government or a partnership of the two.

The administration has given conditional approval to 17 states and the District of Columbia to run the marketplaces. But it is unclear whether all those states will be ready. Idaho, for example, has yet to hire an information technology vendor to set up its website. In January, CMS gave Idaho until Feb. 15 to have a vendor in place to get final approval. State officials say that deadline has been extended.