On Capitol Hill, lawmakers resume work this week to resolve differences over legislation aimed at alleviating long wait times for medical care at the Department of Veterans Affairs hospitals and clinics after reports that some veterans may have died awaiting appointments and that some VA staff falsified records to cover up excessive wait times.  Five senior VA leaders – including former department secretary Eric Shinseki – have resigned in the past six weeks. 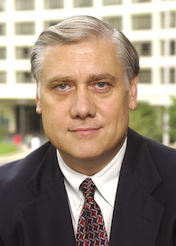 Both the House and Senate have passed bills that would allow veterans to seek medical care outside of the VA system if they meet certain conditions, including living more than 40 miles from a VA medical facility.

Dr. Kenneth Kizer, a former VA undersecretary for health, spoke recently with KHN’s Mary Agnes Carey about the issue of the VA contracting with outside providers for medical care. Kizer, the founding chief executive officer and president of the National Quality Forum, is now director of the Institute for Population Health Improvement at the University of California, Davis.

An edited transcript of that interview follows.

Q: Both the House and Senate bills include a provision allowing the VA to contract with non–VA medical providers to ease waiting lists.  What are some of the challenges the VA faces in creating new outside networks of providers.

A: The challenges in creating new networks are the same that everybody faces. Who are the providers? What are their credentials? Can you find the types of providers that you need? What’s the quality of care? How will the information, the exam reports, the consultation reports, how will that information be fed back into the system?  It’s not unlike some of what you’re seeing being played out right now with the health plans which are competing under the Affordable Care Act provisions for the health insurance exchanges. Regardless of who the payer is, you have the same problems.

There are shortages of primary care physicians and mental health professionals everywhere. The VA has done a good job in bolstering the number of mental health providers that it has. But the mental health system in this country is broken. The system just doesn’t work well, so referring veterans out for mental health services may be problematic for a whole host of reasons.

Q: The VA currently has a program that allows it to contract with outside medical providers to make sure veterans receive timely and accessible care.  How would a new contracting program compare to what is currently being done?

A: That’s going to depend on the specific language [that Congress passes]. The VA currently spends about $5 billion a year on what’s called fee-basis care, basically sending people out for services. The need to send veterans out for services that the VA has difficulty sometimes providing is not a new issue. This has been going on for years. The amount of care that’s being provided outside of the VA has increased dramatically in recent years.

There was a particular program Congress implemented called Project Hero. The VA contracted with some managed care providers – three providers in four geographic areas – to help ease the waiting list issue. Some of the problems they encountered there were the ones we’re talking about—getting into the [providers’] networks and ensuring [that providers] actually were in the network. Sometimes they have availability. You can get an appointment in a short time but they might be a long distance away. Veterans complain, “Yeah, they can get me in next week but I had to drive 100 miles to get there.”

In that program there was difficulty getting information back to the VA. The private providers would often dictate their reports, which would have to be sent to the plan, which would then fax a copy and send it to the VA and then that had to be scanned into the electronic health record. Sometimes that might take weeks or more.

Q: What level of reimbursement is needed to encourage non-VA providers to accept these patients?

A: The complaints you hear from private providers is not so much about the rate the VA pays – those rates are often determined locally — but it’s the difficulty in getting paid.  It’s the contracting rules and cumbersome mess of the payment process that have been more of a barrier to providers often than the amount of payment per se.  It’s just part of government contracting.  Even if substantial amounts of money are appropriated–which it sounds like they will be–if the contracting mechanisms don’t get more facile, then there’s going to be a lot of frustration.

Many of these private providers are happy to take care of veterans. They feel an obligation and they’re willing to do it for whatever the payment amount is. But it’s just getting it that is so difficult and frustrating for them.

Q: What can lawmakers do to assure the medical care given to these veterans is the highest quality, the most appropriate, the most efficient care?

A: Other than some general verbiage it’s hard for legislation to put those sorts of provisions into law. Certainly going forward if more care is going to be provided in the private sector, the VA needs to focus on a couple of things.

One is ensuring that the quality of care provided by contractors is as good as what’s provided in the VA, which has been an issue in the past. Because VA on quality performance, by and large, does quite well.  The other problem that needs to be addressed is getting the information back into the system. One of the problems with contracting out is that it is promoting more fragmented care, which is a problem. We know that fragmented care leads to bad things.

We need to focus on what the end game is, which is more rapid access to care, on higher quality care and we want integrated services.

Q: Are there veterans who may be best handled by VA personnel and not sent outside the VA system?

A: Every patient should be looked at, and what their needs are should drive where they get their care.  For many of the complicated patients, if they have amputations, they may have chronic medical conditions, if they have mental health issues, you really want as much of that care being provided within the system so that everyone on the team knows what’s going on.

Someone may need a colonoscopy or some other procedure where you might be able to contract out if the information gets back into the system in a timely manner and if you’re confident in the quality of that exam.

Q: Both the House and Senate bills would sunset the non-VA care provision in two years. What happens then?

A: The access problems aren’t going to go away in two years. You have a backlog that you need to work through, but access is not a new problem in the VA, nor is it a new problem in any of the government-funded programs or in the private sector.  In some cases, there’s this delusion that access is rapid and speedy in the private sector and that’s not necessarily the case, as anyone who’s tried to get care can tell you.

Veterans’ Needs ‘Should Drive Where They Get Their Care’