The Affordable Care Act wasn’t directly on the ballot in any state, but voters did decide a host of health-related issues in Tuesday’s elections.  And there was no clear theme to what won and lost.

For example, voters in two states – North Dakota and Colorado – rejected so-called “personhood” amendments that would have recognized rights for unborn fetuses. 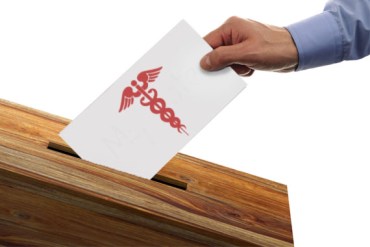 It was the third time since 2008 Colorado voters faced – and voted down – language to amend the state constitution to enshrine as a “person” those not yet born, sometimes from the moment of conception. This year’s version was slightly different. It would have written “unborn human beings” into the state’s criminal code and its Wrongful Death Act. As with the past two efforts, voters rejected this version 64 to 36 percent with 73 percent of the vote counted.

The North Dakota amendment, by contrast, would have added language to the state constitution stating, “The inalienable right to life of every human being at any stage of development must be recognized and protected.” It failed 64 to 36 percent.

Efforts to establish rights for the unborn have failed regularly even in very conservative places, as opponents have argued that such “personhood” measures could outlaw not only abortion, but some forms of birth control or in vitro fertilization.

Abortion opponents did not come away empty-handed, however. In Tennessee voters approved a measure that would effectively overturn a 2000 state Supreme Court decision that found the state’s constitution guaranteed a right to abortion and prohibited most state restrictions.

The amendment, stating that “Nothing in this Constitution secures or protects a right to abortion or requires the funding of an abortion,” was approved with 53 percent of the vote. It is expected to touch off a round of new restrictions when the Republican-dominated state legislature reconvenes next year.

In Arizona, voters, as expected, supported a “right to try” ballot measure that would allow, but not require, drug makers to provide not-yet-approved drugs to people with terminal illnesses. Colorado became the first state with a right-to-try law earlier this year.

The effort has been pushed by the Libertarian Goldwater Institute, based in Arizona. Critics have worried that the laws could give those with terminal illnesses false hope, particularly because drug makers are loathe to provide experimental drugs to those near death, since that could reflect badly on the drug.

One, Proposition 45, would have imposed the same public notice and transparency requirements for health insurance premium rates as voters approved for auto and homeowners insurance in 1988. It would also have given the state’s insurance commissioner the right to reject rate hikes deemed “excessive.”

The proposal was fiercely opposed by the health insurance industry, which raised more than $50 million to fight it. Opponents argued, among other things, that the proposal would have given too much power to the state’s elected insurance commissioner. With 95 percent of the votes counted, Proposition 45 was losing 60 to 40 percent.

California voters also turned back, 67 to 33 percent, an effort to raise the caps on damage awards for non-economic “pain and suffering” in medical malpractice cases. The $250,000 maximum had not been raised since the California malpractice law was originally written in 1975.

But Proposition 46 would also have made California the first state to require random drug and alcohol testing for physicians. That part of the proposal prompted many newspaper editorial boards to turn against it.