Last summer, Linda Smith learned she was losing significant cartilage in her knees, a consequence of her lifelong love of skiing, running and ultimate frisbee.

Diagnosed with osteoarthritis, she wanted to avoid surgery and was eager to consider alternatives.

So the 56-year-old Morgan Hill, Calif., resident embarked on a search for clinical trials, which test potential treatments on human subjects. She scoured the government-run website, ClinicalTrials.gov, focusing on a form of stem cell therapy — a promising but unproven approach for her condition.

She thought she’d scored with StemGenex, a clinic in La Jolla, and called to inquire. The screener asked a long list of questions, then dropped a bomb: If Smith wanted in, she’d have to pay “associated” costs.

“I was outraged,” Smith said. Her anger only grew when the screener suggested she could raise the money, as other callers had, through family and friends in an online GoFundMe campaign, she said.

Smith, a retired hospital administrator, knew enough about clinical studies to understand that the $14,000 price tag was unusual. Most trials are free and some even pay people to participate, in recognition of the possible risks and inconvenience involved.

The ClinicialTrials.gov website, run by the National Institutes of Health (NIH) through its National Library of Medicine, is the most comprehensive such database available to the public in the United States, with listings for more than 210,000 clinical studies both here and abroad. But Smith’s experience exposes one of its little-known limitations: It does not require trial sponsors to disclose charges to patients — and does not even independently vet the listings.

“I went back to the website and looked at the study again. It doesn’t say that patients are the funding source,” said Smith, who refused the $14,000 proposal. “I was disappointed in the NIH. I thought, ‘Why are you letting this occur?'”

Some ethicists and other experts who shared Smith’s concern said that’s a false distinction. If trial sponsors require participants to pay, they said, the government website ought to let people know.

They argued that ClinicalTrials.gov’s failure to disclose charges by trial sponsors misleads consumers and allows the site to become a marketing tool for pay-to-play research. 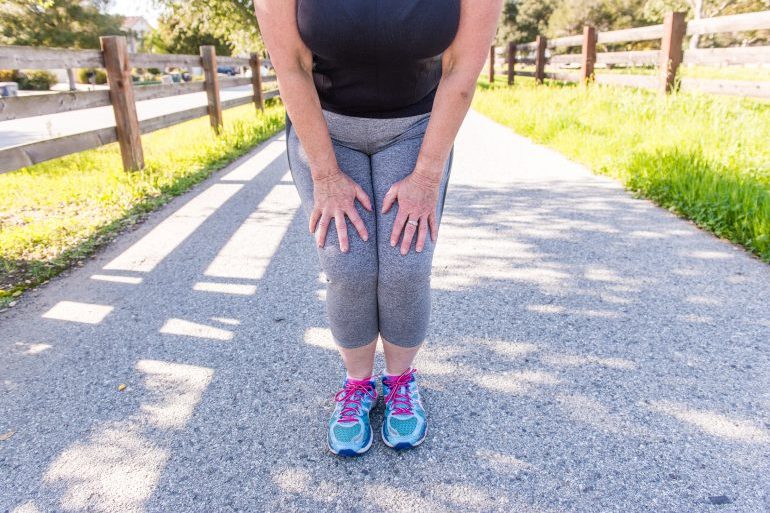 “It’s unethical that these companies are saying, ‘Sure, come take part in our study and by the way, we’re going to charge you for the privilege’,” said Alison Bateman-House, a postdoctoral fellow in medical ethics at the New York University School of Medicine. “If you’re going to be charging patients for the opportunity to be involved in the study, they should not be allowed to be listed on ClinicalTrials.gov, or at least the cost should be listed on the site.”

She and others worry that many patients seeking to participate in clinical trials might be desperately sick or in pain, and vulnerable to requests for money they don’t have. These patients see the website’s “.gov” domain and the NIH imprimatur as stamps of approval that mean the research is legitimate, these critics say.

“The average patient and even people in health care … kind of let their guard down when they’re in that database. It’s like, ‘If a trial is listed here, it must be OK’,” said Paul Knoepfler, an associate professor at the University of California, Davis, School of Medicine who writes a blog about stem cell research. “Most people don’t realize that creeping into that database are some trials whose main goal is to generate profit.”

Leigh Turner, an associate professor at the University of Minnesota Center for Bioethics, said it’s not clear if this phenomenon is only occurring with stem cell studies, but the surge in stem cell research — and in clinics offering high-priced, unproven treatments — has intensified the problem.

Asked whether costs should be disclosed on ClinicalTrials.gov, Dr. Rebecca Williams, assistant director of the website, said “that’s a valid question.”

As a practical matter, she said, “that has been information we don’t collect in a systematic way and nor is it available. We have no way to know whether they’re for-profit or not, and don’t have a policy that would exclude them.”

I was disappointed in the NIH. I thought, ‘Why are you letting this occur?’

Williams pointed to the website’s disclaimer that the government is not liable for and does not “make any warranties” about information in the database. She also noted that the site suggests questions for consumers to ask, including, “Who will pay for my participation?”

Williams stressed that the website is intended primarily as a “clearinghouse” of listings, and that just because a study is there “does not necessarily mean an endorsement by the federal government.”

It means that the study sponsors have attested that the information they’re submitting is complete and that their research complies with “all of the applicable regulations that may apply,” she said.

The website is not legally required to independently verify the information provided by study sponsors. ClinicalTrials.gov relies heavily on the honor system, Williams said.

Study sponsors who wish to list their studies on the website register online and must provide a variety of details, including, in most cases, information about the committees that oversee the welfare and treatment of human subjects.

Thanks to a 2007 law, changes will be made to the website’s listings and requirements, possibly by the end of this year. But Williams said it’s “unlikely” they will include disclosures of costs to patients.

Generally speaking, the U.S. Food and Drug Administration (FDA) regulates clinical trials of medications and medical devices, and sets guidelines that determine when patients can be charged. But stem cell research, which often uses a patients’ own cells for treatment, can fall into a gray area, and what requires FDA approval is sometimes unclear or in dispute.

StemGenex says it does not charge anyone for the osteoporosis study listed in ClinicalTrials.gov.

“StemGenex’s study is intended to be an observational study comparing two sets of data — before and after stem cell treatment,” Candace Henderson, the clinic’s vice president of operations, said in a prepared statement.

The way she explained it, patients who first pay for the company’s stem cell treatment can then “volunteer” to participate in the long-term observational study of how well the treatment works.

“The actual treatment is not part of the study protocol,” Henderson said. She declined to share a copy of the protocol, saying it “is proprietary to StemGenex.”

But the reality is that patients who want to participate in research like this must first shell out thousands for the stem cell treatment, University of Minnesota’s Turner said. In effect, he said, they pay to play.

StemGenex says it invests revenue from its clinical trials “in innovation and research to further the development and advancement” of therapies. It has four other studies listed on the NIH website: for Parkinson’s disease, multiple sclerosis, rheumatoid arthritis and chronic obstructive pulmonary disease. In those cases, too, participants “are recruited from among patients who are having stem cell treatment,” Henderson said in the company statement. 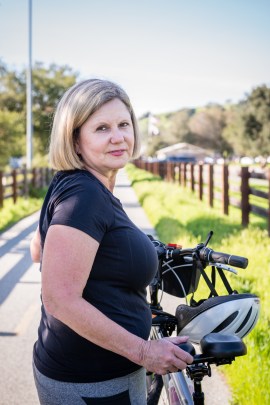 On its website, the company explains that it harvests dormant stem cells from a patient’s fat through “a mini-liposuction” and isolates the cells from the fat. The cells are then “activated with the patient’s growth factors,” and infused back into the patient. The stem cells then “follow inflammatory signals from damaged tissues and have multiple ways of repairing these damaged areas.”

The company, which describes itself as “the premiere leader in the United States for regenerative medicine,” says it offers a “a concierge approach to treatment,” which includes covering the cost of its patients’ hotel accommodations and a car service that “will be waiting for you at the airport baggage claim when you arrive.”

The company acknowledges that its procedures — like most stem cell treatments — are not FDA-approved. On its website, however, StemGenex underscores that its studies are “registered through The National Institutes of Health which can be found at http://www.clinicaltrials.gov.”

“By providing patients access to stem cell studies registered through The National Institutes of Health, patients now have the ability to choose treatment for osteoarthritis that focuses on both safety and efficacy,” it says.

Also on its website, the clinic says that having studies registered on ClinicalTrials.gov gives it a “significant advantage compared with treatment centers offering unregistered studies.”

Turner called the messages misleading, because they suggest the NIH has vetted the clinic’s osteoarthritis and other studies. “In fact, nobody at the NIH or in our government has necessarily, or even likely, looked at this study,” he said.

He pointed to other stem cell clinics posting on ClinicalTrials.gov that ask patients to pay, including one in Rancho Mirage that is conducting a study on stem cell treatment for conditions such as emphysema, osteoarthritis and erectile dysfunction.

Knoepfler said he used to direct patients to ClinicalTrials.gov, but then, “I started realizing, ‘wait a minute … there are listings on that website that are not what I thought would be on ClinicalTrials.gov.'”

“It’s one of the best sources we have, but there’s still room for misleading and incomplete information, and I would imagine in some cases, there are people preying on desperate patients, even on the ClinicalTrials.gov registry,” said Ken Getz, an associate professor at Tufts University School of Medicine, and founder of the Center for Information and Study on Clinical Research Participation.