If passed, the Reproductive Parity Act would make the Evergreen State the first in the country to require public and private insurers to cover abortion if the plan covers maternity services. The bill has already made it through the House, and it was passed by a Senate committee on Tuesday. Advocates expect the measure to pass the full Senate within the next couple days and go on to receive Governor Christine Gregoire’s signature.

That doesn’t mean, however, that the legislation sailed through without opposition. Since being introduced in January, it was amended to exempt insurers who have a religious or conscience exception to abortion coverage. According to Melanie Smith, a lobbyist with NARAL Pro-Choice Washington, a religion/conscience exemption was already on the state’s books in other contexts, and the addition in this case was made to reaffirm insurers’ ability to opt out. Smith said the amendment wasn’t a response to the national debate over religion and birth control. 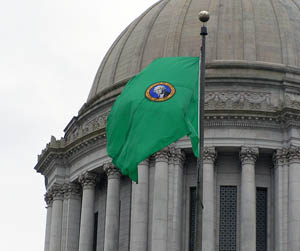 Another amendment to the Reproductive Parity Act seeks to ensure that it doesn’t come into conflict with federal law, specifically the long-standing Hyde amendment, which prohibits discrimination against an insurer for not providing abortion coverage. Washington lawmakers added language Feb. 13 to stipulate that federal law supersedes state law, but concerns remain. On Feb. 16, six members of Congress – four Republicans and two Democrats, including Rep. Cathy McMorris Rodgers, R-Wash. – sent a letter to President Barack Obama to send a strong message. They wrote that the Reproductive Parity Act “would have far reaching and alarming consequences for the citizens of Washington state who embrace life” and “be a direct violation of federal law” and, therefore, jeopardize federal funding.

According to Smith, the bill’s current language has addressed their concerns about federal law. She added that “neither of the two amendments undermines the intent or the outcome of the bill,” which is to ensure abortion coverage in Washington.

And while insurers who disagree on conscience could indeed opt out, the Reproductive Parity Act would at least make abortion coverage the default, as opposed to an add-on, said Elizabeth Nash, a state issues manager with the Guttmacher Institute.