This story is part of a partnership that includes Capital Public Radio, NPR and Kaiser Health News. It can be republished for free. (details)

SEATTLE — Washington State’s health insurance exchange is looking to be an attractive marketplace for new health insurance carriers, according to an early analysis of insurer premium rate filings by McKinsey & Company. 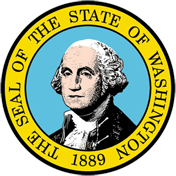 Four new insurers have applied to sell individual policies in the state’s exchange next year, making Washington among the states with the highest number of new exchange entrants of the 12 states where preliminary 2015 rates have been filed, according to McKinsey. If insurance regulators approve the new carriers, Washington will have 12 insurers on the exchange in 2015, up from eight participating this year.

Washington’s not the only state attracting new health insurance business. Michigan also has four new exchange applicants, and five new carriers have applied in Indiana, the state so far with the highest number of new insurance carriers showing interest,  according to the real-time tracking of state insurance department rate filings that McKinsey is doing.

“[There’s] definitely an increase in the competition that will be available in the carrier options to consumers,” said Erica Hutchins Coe, associate principal at McKinsey.

UnitedHealthcare of Washington, Health Alliance Northwest Health Plan, and Columbia United Providers are among the new insurance exchange applicants, according to Washington State’s Office of the Insurance Commissioner.

“The first year went fairly well for us,” said Michael Marchand, a spokesman for the Washington Health Benefit Exchange. Marchand says 2014‘s enrollment of 164,062 private plan holders was “smooth,” and that the exchange’s marketing has been successful.

“There’s a brand identity to it, and I think that’s something that’s attractive to any carrier,” says Marchand.

More insurers in Washington’s exchange could bring more choice to certain areas of the state and enable consumers to find a plan that’s a better fit for them, Marchand said.

One of the new exchange applicants, Illinois-based Health Alliance, says it’s applying to participate in Washington Healthplanfinder not for the private plan customers, but because it wants to expand its Medicaid managed care business. The Washington agency that oversees Medicaid plans says it encourages managed care plans to also sell coverage through the exchange.

“State budgets around Medicaid are growing and are creating financial difficulties for a lot of states,” says Jeff Ingrum, CEO of Health Alliance, based in Urbana-Champaign, IL. The insurer was founded by the Carle Clinic Association, and now has business in Nebraska, Iowa and Washington.  Ingrum says the company is well suited to help payers and health systems transition away from the fee-for-service reimbursement model.

“We see [Medicaid] as a potential for growth because states are looking to manage care to help them keep the costs under control,“ Ingrum says.

Health Alliance says it will only be offering exchange products in one region of the state, where they have been writing Medicare Advantage plans since the beginning of 2014.

As for premium prices on Washington’s exchange next year, McKinsey & Company says some customers may see an increase next year. But 59 percent of subsidy-eligible people buying the lowest price silver plan on the exchange will see a rate decrease. Across the 12 states evaluated, about 22 percent of those consumers will see a premium decrease.

The new carrier participation, and their rates, are all contingent upon approval from insurance regulators. Washington’s exchange expects to have final carriers and rate information by late August.

Correction: An earlier version of this story said Medicaid plans in Washington are required to sell insurance on the exchange; they are encouraged to do so, but not required.

Washington And Other States See New Insurers On Exchanges