About 8,000 Washington residents will soon receive letters informing them that the price they are expecting to pay for health insurance purchased on the new online exchange marketplace is incorrect.

The letters are part of an effort by the Washington Health Benefit Exchange, which operates the exchange, to correct a major error that resulted in the miscalculation of tax credits that help qualified enrollees pay for insurance premiums. 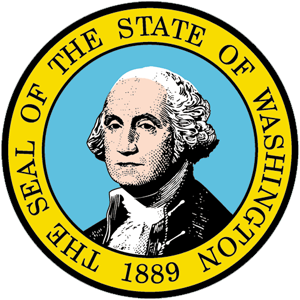 The exchange identified the root cause of the miscalculation in late October — by the third week of open enrollment on the exchange website, called Washington Healthplanfinder. The exchange went public about the errors Oct. 25.

Since then, the exchange has been recalculating the premium subsidies for people who were told they qualified for a tax credit. The letters, set to go out next week, will have the proper credit, according to the exchange.

The process has been “slower than we expected,” exchange CEO Richard Onizuka said.

The problem has been a blemish on Healthplanfinder, recognized as one of the most successful of the new online insurance marketplaces that have been launched under the Affordable Care Act.

As the tax-credit miscalculation showed, the site has not been without problems, Onizuka said.

“I’m not ready to claim victory yet, and I think we still have challenges,” he said.

The miscalculation of the federal tax credit affected those who enrolled in an exchange health plan during the first few weeks after the exchange’s Oct. 1 launch.

For those few weeks, Healthplanfinder was submitting applicants’ monthly income to the federal hub, which compiles data from federal and state agencies to determine whether an applicant is eligible for Medicaid or for a premium subsidy to purchase a health plan through the exchange.

But the federal hub was expecting annual income, not monthly, which resulted in the miscalculation.

Approximately 8,000 Washington residents were affected, which meant they were told they qualified for a higher tax credit amount than they actually qualified for based on their income and household size.

How could such an error occur? “We’ve asked ourselves that many times,” Onizuka said. “We are still trying to figure out how this happened.”

So far, Washington is the only state-run exchange that has reported making this type of error to the Centers for Medicare and Medicaid Services (CMS), which oversees the online insurance marketplaces and the federal hub.

The letters being sent to enrollees will be the first direct communication from the exchange informing them that the amount of their premium subsidy is less than they thought.

The mistake could mean a lot of work for people who already went through the process of choosing a health plan, as well as for brokers and in-person assisters who helped them.

Some people will probably have to go through the selection process all over, said Chris Free, an insurance broker at Rapport Benefits Group in Tacoma, who has been advising clients on enrolling in the health plans available through the exchange.

“People may have selected plans that are no longer in their budget” once their tax credit is recalculated, Free said. For those clients, “we’ll need to sit down and help them re-evaluate their decision,” he said.

Another problem for the exchange has been the capacity of the customer-service center to handle calls seeking information and assistance with their applications.

In response, the exchange announced two weeks ago that it plans to add 145 new customer-service representatives through mid-December, which will double the call-center staff.

The first 20 of the new hires are going through training and are expected to start working the phones next week, Onizuka said.

A key goal is to significantly reduce the average wait time for callers, which is still about 20 minutes, Onizuka said.

The exchange is also preparing for an expected surge in activity on the website through the coming weeks, especially in mid-December. The deadline to enroll in coverage is Dec. 15 for people who want their coverage to begin on Jan. 1, 2014, and the first premium payment is due Dec. 23.

“What we learned from October hopefully will better prepare us for December,” Onizuka said.

Washington State To 8,000 Obamacare Enrollees: We Goofed On Cost Estimate