After bashing President Barack Obama’s health law as part of their Tampa convention festivities,  House Republicans will focus on the measure once again when they return to Capitol Hill next week. 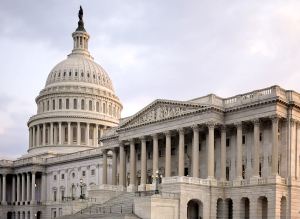 Two Ways and Means subcommittees will hold hearings focused on the Internal Revenue Service’s role in implementing the law’s tax provisions and on the measure’s creation of health insurance exchanges where eligible individuals and small businesses can purchase coverage in 2014. The panel’s oversight subcommittee will hold the IRS hearing on Tuesday at 10 a.m., while the committee’s health subcommittee will have its exchange hearing Wednesday at 10 a.m.

The GOP-controlled House has voted 33 times to repeal all or sections of the health law or to defund its implementation. The party has made attacking the law a centerpiece of its campaign to win back the White House and control Congress. With the public split over the health law, Republicans see a benefit in calling more attention to the entire measure as well as individual provisions.

Democrats are just as adamant in their defense of the health law, with former President Bill Clinton singing its praises in a speech to party delegates Wednesday night at the Democratic National Convention in Charlotte.

Tax changes in the health law include changes to flexible spending arrangements and health savings accounts, a new 3.8 percent tax on investment income, a new Medicare payroll tax and taxes on medical devices.  The oversight subcommittee’s hearing will focus on how the IRS intends to handle these duties in addition to its current workload of collecting taxes, processing tax returns and administering the Earned Income Tax Credit, among other tasks.

“It is imperative that we take a close look at these new duties and consider the impact they will have on the agency and the taxpayers it serves,” subcommittee chairman Rep. Charles W. Boustany Jr., R-La., said in a news release.

While the law’s health insurance exchanges are scheduled to be up and running beginning in 2014, “the necessary regulations for exchange operation, plan design and eligibility still have not been finalized by the Obama Administration, leaving many to question whether political motivations are delaying the release of much-needed guidance for states, employers and health plans,” health subcommittee chairman Rep. Wally Herger, R-Calif., said in a release.