Now that medical insurers must accept all applicants no matter how sick, what will these new customers cost health plans? How will they affect coverage prices for 2015 and beyond? Few questions about the Affordable Care Act are more important. How it all plays out will affect consumer pocketbooks, insurance company profits and perhaps the political fortunes of those backing the health law.

A few Denver actuaries, bound to confidentiality, will be the first to glimpse the answers.

Multiple insurance companies have agreed to give Wakely Consulting Group early information about enrollment and member health in plans for individuals and small businesses sold through the online marketplaces that opened last fall. 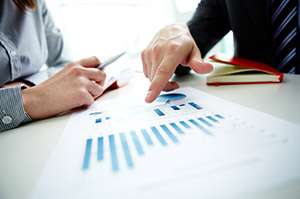 The firm will use the data to give insurers the earliest possible estimates of how much they’ll pay or receive through a government program designed to distribute risk more evenly among plans. The information will also help insurers set rates for 2015, which are due to regulators relatively soon.

“It’s really about, how healthy or sick are these people?” said Ross Winkelman, a Wakely actuary running the program along with Syed Mehmud. “That’s probably the biggest uncertainty in each plan’s rate filing.”

Wakely is getting information on enrollees’ health and demographics far beyond what the Department of Health and Human Services has published. (The data are totaled. Wakely doesn’t see member information.) Since the ACA bars insurers from asking about people’s health until after they sign up, each carrier is quickly trying to assess its new membership.

But plans aren’t affected just by the health of their own members. The new enrollees their competitors sign up can also influence bottom lines. That’s because the health law’s “risk adjustment” program is designed to shift money from insurers that potentially signed up much healthier members than average to those that enrolled sicker members than average. The program, similar to one for Medicare managed care plans, is supposed to remove incentives for insurers to enroll only the healthy.

Properly accounting for risk adjustment dollars could mean as much as 10 percentage points in costs or revenue for plans accustomed to making 3 percent profit — a huge swing, said Winkelman. But to know what they’re getting, insurers need to know how their experience compares to that of their competitors in a given state and what the average risk is for the total market.

That information won’t come through normal regulatory channels for many months — long after carriers have to set rates for 2015 and start reporting profits to shareholders.

Instead, and perhaps improbably, Wakely has persuaded insurers in more than 30 states to let it act as a clearinghouse, gathering detailed information from each company, figuring how it fits together and sharing only what’s necessary.

Winkelman declined to identify the insurers or which states they’re in. But in some states every health plan in the individual and small-group markets agreed to participate, he said. (A Wakely Web site lists companies  that said they intended to participate. They include most major insurers.)

In October UnitedHealth Group, which owns the nation’s biggest health insurer, said it had signed up for such a study, without identifying Wakely.

“We have absolutely participated with a third party to gather industry information and get some feedback on where we sit,” Dan Schumacher, chief financial officer for United’s insurer, told stock analysts last fall. “And based on that information, as well as our past experience, we feel very comfortable with our ability to estimate the results [on the risk adjustment program] as we get into 2014.”

Some Blue Cross and Blue Shield plans are also participating. Wakely is still recruiting clients — especially community-run co-op health plans created by the ACA and others new to the individual and small-group business.

Because of insurers’ concerns about confidentiality, Wakely won’t be sharing what it learns with the federal government, he said.

Thanks to the health law’s new requirements, insurers knew they might get a line of sicker-than-usual customers. They priced this year’s plans accordingly. But it was still largely a guess.

Whether they have recruited enough healthy members to balance out costs for the sick and keep premiums from rising substantially for 2015 will be something many people in Washington and CEO suites across the country will want to know.

The folks at Wakely will have a better, earlier idea than anybody else. But don’t expect them to put out any announcements.

What Will Obamacare Really Cost? They Might Be First To Know