The Affordable Care Act mandates that all Americans get health coverage or pay a penalty. To help people pay for that insurance, the federal government subsidizes insurance premiums for millions of Americans.

In just a couple of months, the Supreme Court will rule in a major case concerning those subsidies. The question is whether the law allowed for them across the country or just in the minority of states that set up their own insurance exchanges. A decision to take away those subsidies could leave millions without insurance.

Attorney Tom Goldstein, who runs SCOTUSblog, has been following the case and says the law is ambiguous. “This is a real, serious question,” he says. “The law doesn’t tell you whether Congress wanted to limit the subsidies only to those states where the state itself went to the trouble of setting up the exchange or whether Congress wanted everybody who needed the help to be able to get the subsidies.”

Louisiana is a state where a lot of people could be affected. It runs healthcare.gov and about 186,000 people there have used the site to buy health insurance. Nearly 90 percent of them in Louisiana get subsidies.

We traveled to the state to interview many of these people who could lose subsidies if the Supreme Court rules against them. Here are our first three profiles: 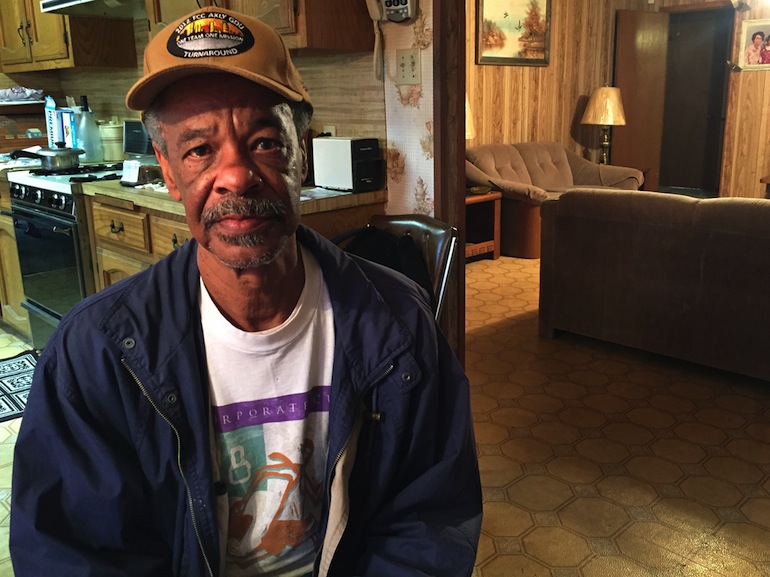 Carlton Scott, 63, at his house in Prairieville, Louisiana. Scott is too young for Medicare and Louisiana hasn’t expanded Medicaid, so Obamacare was a good option for him (Photo by Jeff Cohen/WNPR).

Carlton Scott is 63. Sitting at his kitchen table at the house he owns in Prairieville, near Baton Rouge, he says he worked at a chemical plant for 30 years before he retired. He found out last fall that his company was scaling back his retiree benefits.

“’Round October they wrote me a letter saying, in December we’ll no longer be covered,” he says.

That included his health insurance, which he was really counting on.

And he was in a bind. At 63 he is too young for Medicare and Louisiana hasn’t expanded Medicaid. Obamacare was a good option for him.

He signed up for a BlueCross BlueShield of Louisiana plan. He says he pays $266.99 per month, “to the penny.” Like a lot of people, he could rattle off the exact amount. Money is tight and people track their expenses carefully.

Scott could be in a position to lose his subsidy and his health insurance. He says if he had to pay more, he could for a while. He gets $2,600 a month between Social Security and his pension. But he worries about his friends.

“Everybody don’t make the same amount of money, that’s what I’m saying. I got a friend of mine, stay down the street. He gets Social Security and pension, too. But it’s not as much as mine, not half as [much].”

When asked about the case in front of the Supreme Court, he laughs.

He says the court should, “Leave it like it is. I mean, what are people going to do? Get sick, go to the hospital, ‘I don’t have insurance. Won’t you please help me anyway?’ Hell, no. That ain’t going to happen,” he says.

LaTasha Perry is at the other end of her career. She’s 31 and works at the front desk of a community health center in Plaquemine, La. She got covered under Obamacare because it was cheaper than paying the penalty. 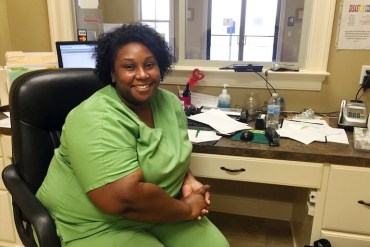 LaTasha Perry, 31, works at a community health center in Plaquemine, Louisiana. Perry says getting insured under Obamacare was cheaper than paying the penalty (Photo by Jeff Cohen/WNPR).

She says her children have Medicaid as their health coverage. Her job offers health insurance, but she says she can’t afford to buy it.

Now she’s got money left over for necessities: “Food for my kids. I’m a single parent, so it’s hard.”

Charles Dalton wanted health coverage. He’s 64 and after he retired as a paramedic, he didn’t have health insurance. Then he got sick. He says his condition is too personal to talk about. “I’m disabled,” he says. “But I would be totally incapacitated without seeing this doctor.” 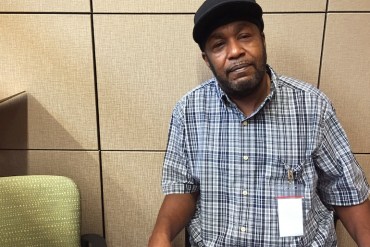 Charles Dalton, 64, a retired paramedic says losing his insurance was not an option (Photo by Jeff Cohen/WNPR).

The Affordable Care Act says insurers can’t take into account whether somebody is sick, like they used to. That made insurance unavailable or unaffordable for many sick people. And now — with subsidies — Dalton says he pays $149 a month. He hopes the Supreme Court doesn’t touch the subsidies.

“They’re just going to make a difficult situation more difficult,” he explains. “Because of the Affordable Care Act, it’s helping me to be able to make this existence more livable. You’re not asking for a handout. But if you get a helping hand, the last thing you need is for it to be snatched out from under you.”

Regardless of the politics, there are a lot of people like Dalton who could feel that the Supreme Court would be taking something away. Goldstein of SCOTUSblog says the court has a tough job.

“This is a case that requires the justices to be both lawyers and try and look at the words that Congress used, but also to struggle with the human dimension of the case,” he says. “The consequences are so real and so powerful that, if the challengers win here — and maybe they deserve to win, maybe it’s what Congress intended — but it’s hard to avoid the conclusion that millions of people would lose access to health insurance.”

This story is part of a reporting partnership that includes WNPR, NPR and Kaiser Health News.

What’s At Stake In The Supreme Court Obamacare Case