After the monthly jobs report on Friday, the next big federal report with  implications for the presidential race comes Wednesday morning when the Census Bureau releases its annual study on the number of people without health insurance. 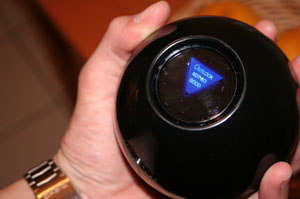 Last year, the Census reported that in 2010 the number of uninsured rose by 1 million to 49.9 million while the rate remained flat at 16.3 percent.  In 2002,  about 40 million people were uninsured.

Most experts say to expect a slight rise in the number of uninsured in 2011.

Although the economy was still rocky last year, unemployment fell from 9.4 percent to 8.5 percent. Typically, as unemployment rises, so does the uninsured rate because people lose their jobs and the health coverage that came with it.  On the other hand, state Medicaid rolls grew in 2011, albeit at a slower rate than in previous years. Typically, Medicaid enrollment and the uninsured rate grow together as they reflect the state of the economy.

Another factor that could lower the numbers is the provision in the federal health law allowing young people to remain on their parents’ health plans until age 26, which according to the Obama administration has helped more than 3 million young adults gain coverage.

“I expect (the number of uninsured) will go up a bit, but not a lot,” said John Holahan, director of the health policy research center at the Urban Institute. He noted employer coverage is likely to fall for low-wage workers as the economy remains sluggish.

Vernon Smith, managing principal at consulting firm Health Management Associates, agreed. “I’d expect a rise, continuing the trend related to continued erosion of employer-sponsored health insurance, as fewer businesses offer health coverage,” he said. In case the number drops, he said credit will be due to the health law provision allowing young adults to remain on their parents’ insurance.

The bet from Ken Thorpe, chairman of health policy and management at Emory’s Rollins School of Public Health: “I think the share of uninsured population remains about 16.3 percent — but total number tops 50 million — slight increase.”

If  the number of uninsured does rise, conservatives will say President Barack Obama’s health law has failed. If the number goes down, Obama supporters will credit the new law.

However, the data won’t be that simply explained. For one thing, the main coverage expansion provisions in the law don’t start until 2014. And to make things more complicated, the Census Bureau this year will make some changes in its methodology that will affect the number for 2011 and also likely result in a revised number for  2010 .

So what’s your guess on the number of uninsured?