No one wants to be readmitted to a hospital, but it does beat one alternative: death. As Medicare prepares to start punishing hospitals with higher than expected readmission rates, new government data show that some hospitals with high readmissions are actually doing a better job than most in keeping Medicare  patients alive. 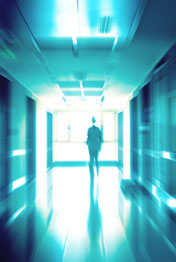 Beth Israel Deaconess Medical Center in Boston and Olympia Medical Center in Los Angeles both had higher than average readmission rates for all three conditions that Medicare tracks publicly: heart attack, heart failure and pneumonia. But Beth Israel and Olympia also had lower rates of mortality within 30 days of discharge for patients with all three of these conditions, according to the latest data published last week on Medicare’s Hospital Compare website.

To be sure, these hospitals are a small portion of the nation’s 4,000 acute care hospitals. But a number of researchers say this is another reason to be wary of the upcoming financial penalties Medicare plans to enact against hospitals with higher than expected readmissions rates. Researchers at the Cleveland Clinic studied heart failure readmissions and found high rates were associated with lower mortality. In a 2010 letter to the New England Journal of Medicine, the authors wrote:

Our findings suggest that readmissions could be “adversely” affected by a competing risk of death — a patient who dies during the index episode of care can never be readmitted. Hence, if a hospital has a lower mortality rate, then a greater proportion of its discharged patients are eligible for readmission. As such, to some extent, a higher readmission rate may be a consequence of successful care. Furthermore, planned readmissions for procedures or surgery may represent appropriate care that decreases the risk of death, but this is not accounted for in Hospital Compare.

Starting in October 2013, Medicare plans to take mortality rates into account when reimbursing hospitals under its “Value Based Purchasing” program. Mortality rates will initially only count for 25 percent of the bonuses or penalties hospitals will receive, with the rest determined by patient ratings and measures showing how often hospitals followed basic clinical care guidelines.

When Going Back To The Hospital Is Good News