When Charles Thompson checked into the hospital one July morning in 2011, he expected a standard colonoscopy.

He never anticipated how wrong things would go.

Partway through, the doctor emerged and said there were complications, remembered Ann, Charles’ wife. Charles’ colon may have been punctured. He needed emergency surgery to repair it. 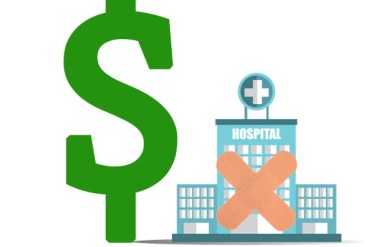 “He’s not the same as before,” said Ann, 62. “Our whole lifestyle changed – now all we do is sit at home and go to church. And that’s because he’s scared of dying.”

The answer, it seems, is that it depends.

Despite the Institute of Medicine’s landmark 1999 report, “To Err Is Human,” and, more recently, provisions in the 2010 health law emphasizing quality of care, entering the hospital still brings risk. Whether because of mistakes, infections or plain bad luck, those who go in don’t always come out better.

More than 400,000 people die annually, in part thanks to avoidable medical errors, according to a 2013 estimate from the Journal of Patient Safety. In 2008, the most recent year studied, medical errors cost an extra $19.5 billion in national spending, most of which was spent on extra care and medication, according to another report.

If a problem such as Thompson’s stemmed from negligence, a malpractice lawsuit may be an option. But this can take time and money. And lawyers who collect only when there’s a settlement or victory may not want to take on a case unless it’s exceptionally clear that the doctor or hospital is at fault.

That creates a Catch-22 situation, said John Goldberg, a professor at Harvard Law School and an expert in tort law. “We’ll never know if something has happened because of malpractice,” he said, “because it’s not financially viable to bring a lawsuit.” That leaves the patient responsible for extra costs.

Ann and Charles Thompson maintain that he experienced an avoidable error. The hospital denied wrongdoing, Ann said, and the physician’s notes indicated the Thompsons had been advised of the risks of the procedure, including injury to the colon. She and her husband tried pursuing a lawsuit but couldn’t find a lawyer who would take the case. The hospital and the doctor who performed the test declined to comment, with the hospital citing patient privacy laws.

Because of his heart problem, which led to the loss of his specialized driver’s license, Thompson couldn’t keep working as a truck driver and lost the health insurance he had through his job, depriving him of help in paying for follow-up care. The Thompsons paid for almost $600,000 in follow-up care out of pocket – depleting their life savings. They struggled to pay other bills until Charles qualified for disability benefits, Ann said.

“You would expect if [health care providers] make the mistake, they would make you whole,” said Leah Binder, president of the Leapfrog Group, a nonprofit organization that grades hospitals on their ability to prevent errors, injuries, accidents and infections. “But that is not what happens. In health care, you pay and you pay and you pay.”

There’s no hard-and-fast rule for how hospitals handle cost of care when patients have bad outcomes and fault is disputed, said Nancy Foster, vice president of quality and patient safety policy at the American Hospital Association. Since cases vary, she added, what’s best one time may not always be.

Some hospitals have rules requiring they tell patients if something went wrong and, to the best of their knowledge, why. Typically, those stipulate that if the hospital finds it erred, necessary follow-up care is free.

“If the [need for further] care was preventable, we’re waiving bills,” said David Mayer, vice president of quality and safety for MedStar Health, a health system in Washington, D.C. and Maryland.

Most hospitals don’t have this kind of disclosure policy, said Julia Hallisy, a patient safety advocate from California. That may change: A number of professional and safety groups are urging more hospitals to adopt them. Supporters include the American College of Obstetricians and Gynecologists, the American Medical Association, Leapfrog, the National Quality Forum and the Joint Commission, which accredits many health-care organizations. The federal Agency for Healthcare Research and Quality is also on board.

But even when they tell patients something went wrong, hospitals may say it was unavoidable. Then, patients often pay for the consequences, themselves or through insurance.

Determining error can be straightforward, Mayer said, in such instances as misdiagnosis or operating on the patient’s left leg when his problem was with his right leg.

Other times, people follow correct procedures, but things go wrong. Then, hospitals can deny culpability. “Some things happen, and it’s hard to tell if it could truly have been avoided,” Binder said.

If hospitals don’t help pay for unexpected care, employers might push them to do so because absorbing such costs might eat into the firm’s profits.

On average, a privately insured patient cost about $39,000 more in hospital bills – $56,000 vs. $17,000 – when surgery yielded complications, according to a 2013 study published in the Journal of the American Medical Association.

Patients with employer-based insurance – 147 million non-elderly people in 2015 – who experienced complications or otherwise became worse while in the hospital should contact their benefits offices, especially if they can show hospital error, Binder said.

If that doesn’t pan out, insurance plans can step in.

When insurers include hospitals in networks, they sometimes put provisions in these contracts stipulating how to handle certain errors. For some mistakes, the hospital may provide necessary follow-up care for free, part of a “bundled payment,” said Clare Krusing, a spokeswoman for America’s Health Insurance Plans, a trade group. Then, complications must clearly stem from the bad treatment.

In other situations, patients can complain through the insurer, which should work with the hospital to determine who’s responsible.

Patients, Krusing said, shouldn’t pay for what’s out of their control.

And if the hospital doesn’t provide financial assistance, regular insurance should cover these unexpected expenses. But if a patient hasn’t met his or her deductible – what he or she owes out-of-pocket before insurance kicks in – the patient will have to pay his or her share.

Federal programs have taken the lead in clarifying who pays for what. Medicare won’t pay for treatments that are fixing certain errors, like surgery on the wrong part of a patient’s body or a blood transfusion of the wrong type. And hospitals can’t charge patients – they must cover the costs themselves.

The 2010 health law requires Medicaid implement a similar policy, which may be easier in theory than in practice, said Rachel Morgan, health and human services committee director at the National Conference of State Legislatures. It takes time and requires expertise for state Medicaid agencies to review hospital charges and then determine if the services were in fact the result of error. That extra work makes enforcing these rules difficult – so while some states have had success doing so, others haven’t, Morgan said. Some commercial insurers are also experimenting with comparable policies, she added.

Even then, those cover a limited set of errors. Otherwise, who pays can remain unclear.

“Patients don’t normally think about these issues – and who would? They don’t think of any of these issues until they’re right in the middle of it,” Hallisy said. “At that moment, they’re completely shocked and overwhelmed to think that this is how this works.”

When Something Goes Wrong At The Hospital, Who Pays?