This setting, which speaks to medicine’s staid past, recently became the backdrop for plotting medicine’s future.

On a gray Sunday in September, 150 medical and nursing students dragged themselves in before 9 a.m. to learn how to meld their chosen professional careers with societal and political activism.

“As doctors, we will have this tremendous opportunity to talk to people every day,” said Miriam Callahan, a second-year student at Columbia University medical school. “We’ll have the ability to organize with them, to bring people together.”

While doctors have traditionally been branded a mostly conservative group, there is growing evidence that young doctors-to-be are leaning leftward. This year, the American Medical Association student caucus persuaded the organization to drop its decades-long opposition to single-payer health care and instead study the concept, for example.

The conference at the academy, which was organized by medical students and sponsored by the New York City Department of Health’s Center for Health Equity along with four New York medical schools, sought to help students navigate that path. It featured a panel discussion and speeches by public health workers and doctors, including Dr. Abdul El-Sayed, a physician who mounted an unsuccessful progressive campaign this year for governor of Michigan. 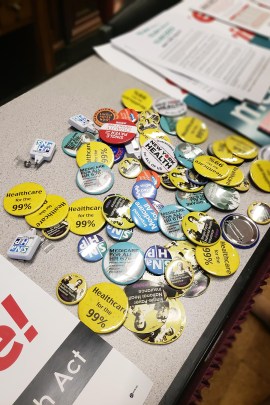 Attendees gave each other advice about how to advocate for single-payer, for example. Don’t talk about socialism, focus on the inefficiency and inequality you see, some said. Forget the “decrepit old physicians only worried about money,” their minds will never change, advised others.

Some participants were motivated by a humanitarian streak. Others were galvanized by the conditions they saw at free clinics, where they work as part of their medical education, or by a goal to increase national student engagement on issues like gun violence.

All were struggling with what they perceived as the responsibility that comes with a white coat and grappling with their place in a health care system they saw as broken.

Keven Cabrera, a fourth-year medical student at the Zucker School of Medicine at Hofstra University/Northwell, said this notion became real to him when he and some of his classmates participated this year in the March for Our Lives, a rally against gun violence.

Accustomed to the student position at the bottom of the medical hierarchy, he was taken aback by how much the white coat, even a short one that marks a student instead of a full-fledged attending doctor, afforded him respect in the community.

“We were all surprised by how much our voices counted,” Cabrera said. 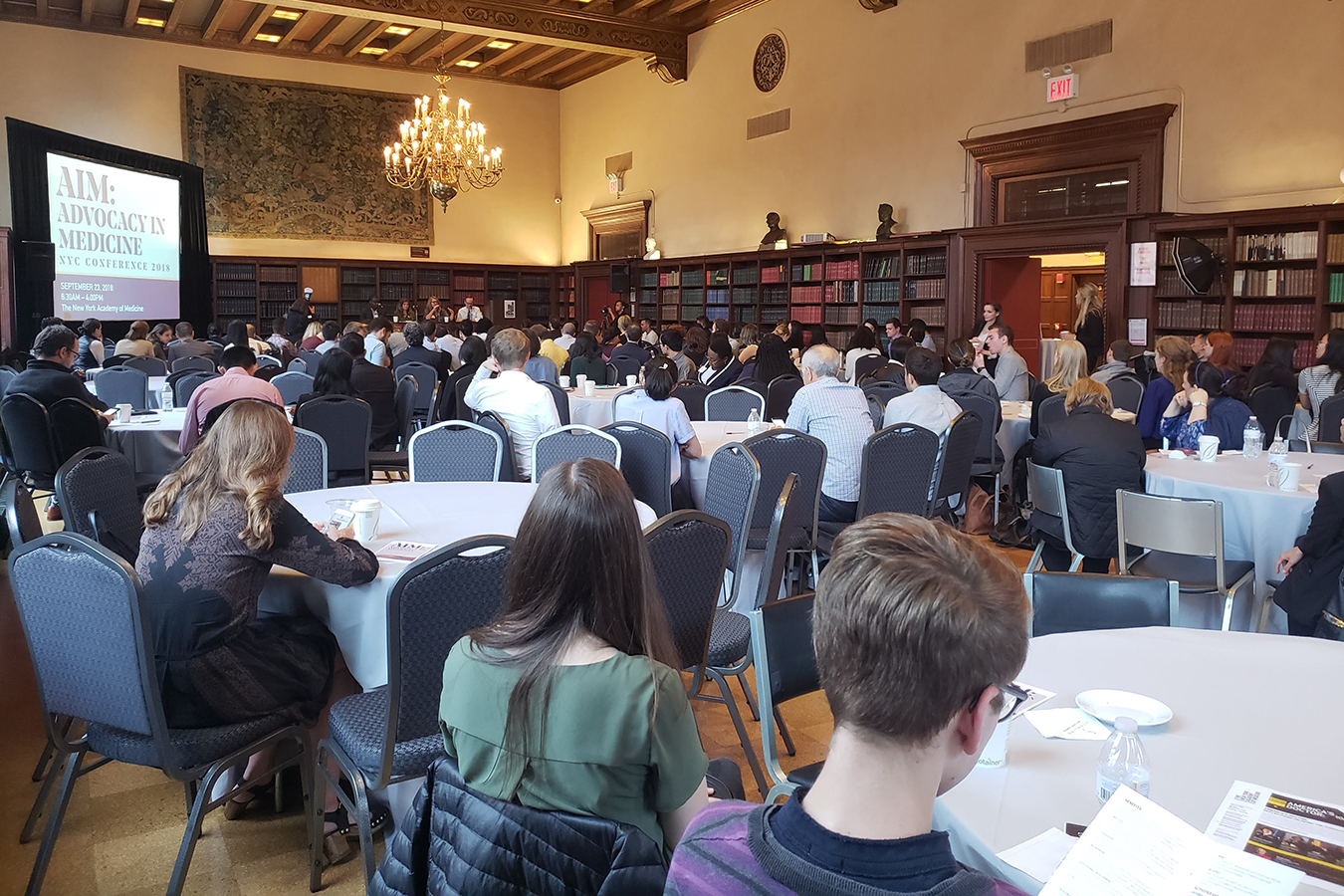 About 150 medical students from eight schools gather at the New York Academy of Medicine to discuss how to advocate for their patients as they enter the medical field.(Rachel Bluth/KHN)

Everyone came to the table with the general agreement that health care for all was a moral necessity and abortion access was a fundamental right.

So they discussed how best to move these ideas forward. How do you get better reproductive education into a conservative medical school syllabus? How can you organize other students to protest, call legislators and show up for marches?

In one noisy room after lunch, students crowded around tables where doctors with experience lobbying on behalf of Physicians for a National Health Program led role-playing conversations to demonstrate how best to communicate with congressional staff or state assembly members. They also learned how to use the stories of patients they saw on a daily basis to work within the system to advocate for single-payer health care.

The students fretted — at least a bit — about how activism could help or hinder their professional success. A group sat in a semicircle listening to a doctor tell his story of being arrested at a protest.

Students asked about how civil disobedience could affect their residency placements, or get them marked as agitators within their departments. Then another chimed in: “Would you even want to be in a residency program where they would disqualify you for a protest arrest?”

White Coats As Superhero Capes: Med Students Swoop In To Save Health Care