The White House on Wednesday unveiled several steps to protect consumers from fraud in the new online health insurance marketplaces, a move that comes after 17 states hostile to the law acted to limit the spread of information about the program, and congressional Republicans raised concerns about the privacy of medical and financial records.

“We are sending a clear message that we will not tolerate anyone seeking to defraud consumers in the health insurance marketplace,” said Health and Human Services Secretary Kathleen Sebelius. 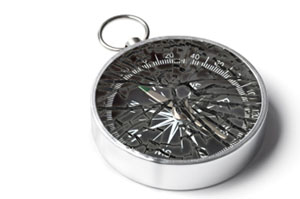 Senior administration officials acknowledged the potential for scams with any new government program, including the Obamacare marketplaces that open for enrollment Oct. 1 and are expected to help 7 million Americans get coverage next year.

But they stressed that the health law’s new “navigators” — federally-paid groups that help people enroll in coverage — do not represent a significant risk and that Medicare has used such guides for years without problems or controversy.

The announcement was unlikely to appease the law’s opponents, however — among them, Oklahoma’s top insurance regulator, John Doak, who has already put navigator groups on notice.

On the same day that officials at Little Dixie Community Action Agency in Hugo, Okla., won a $580,000 federal grant to help consumers sign up for coverage under the federal health law, Doak issued a warning. If the consumer guides perform any of the duties of state-licensed insurance agents, he said, “we will put a stop to it.” He also called the $1.6 million award to hire and train the guides in Oklahoma — part of $67 million nationwide — “a waste” because it would duplicate the work of better-trained agents.

Oklahoma is among at least 17 Republican-controlled states that have taken steps to restrict the 105 groups that won the federal grants, including churches, colleges, social service agencies and Planned Parenthood. Some states such as Indiana are requiring navigators to pay as much as $175 for licensing that would include a state exam and a criminal background check.

Others, such as Missouri and Georgia, have passed laws limiting what navigators can say and do. Last week, the Florida Health Department announced that local public health offices, where uninsured people often go for services, cannot have navigators on the premises.

State officials say they’re concerned the navigators, who are required by the federal government to get 20 hours of online training and pass an exam, will know too little to be helpful. They also worry about their access to private information, such as Social Security numbers.

But the law’s proponents see the restrictions as simply the latest GOP effort to impede the rollout of the law known as Obamacare, and worry they will dampen enrollment.

“This is just the latest obstacle that opponents of the Affordable Care Act are using to try to slow down implementation,” said Christine Barber, senior policy analyst with Community Catalyst, a Boston-based nonprofit helping states with enrollment.

“It’s having a chilling effect already as some organization are nervous to help with enrollment because of all the obstacles placed in their path,” she said.

At least four groups have declined federal grants as a result of state restrictions while others are rethinking their roles. A West Virginia agency returned $365,000 after it was asked extensive questions about its hiring and personnel practices by the Republican West Virginia attorney general. “There were unforeseen circumstances,” said Pat Haberbosch, executive director of West Virginia Parent Training and Information, Inc.

Children’s Hospital Medical Center in Cincinnati also declined its grant because the state barred groups from serving as navigators that negotiate with health plans.  And Texas-based Cardon Outreach is turning back $800,000 to hire guides in Florida, Oklahoma, Utah and Pennsylvania because of state scrutiny, according to an Associated Press report.

Ron Pollack, executive director of Families USA, a consumer advocacy group that supports the law, called the efforts a “conspiracy” designed “to keep down the numbers of people who get enrolled.”

Navigators are considered crucial to the success of Obamacare because they are supposed to help consumers sort through a maze of insurance options and figure out whether they’re eligible for federal subsidies or perhaps free or low-cost coverage through Medicaid.  Polls show many people know very little about these options.

Most of the states restricting their roles, including Oklahoma, Ohio and Indiana, have defaulted to the federal government to run their exchange websites and are doing no education or marketing about new coverage options.

Obama administration officials  sought Wednesday to reassure consumers that navigators will not be collecting medical records or asking detailed questions about their health because beginning Jan. 1, that will have no bearing on whether they can get coverage or how much they will pay.

The new anti-fraud initiatives include letting people report suspected scams through the marketplace’s call center and to the Federal Trade Commission through the healthcare.gov website.

The federal government is also setting up a “rapid response” system to deal with any security breaches and putting together tip sheets to advise consumers about how to protect themselves.

Experts say it’s premature to say how big an impact the state restrictions on navigators might have — or how aggressively the laws will be enforced. Missouri passed a law that requires navigators to pass an exam and pay a licensing fee. But state regulators have since said that the 20 hours of required federal training will be accepted in lieu of state training and an exam, and have also limited the licensing fee to $25.

“Our law looks really bad, but we are hoping it will not have a very big impact,” said Lisa D’Souza, a health law and policy fellow at St. Louis University.

She said she worries most about a provision barring navigators from giving advice about health plan benefits even though federal rules require them to help consumers understand that benefits vary. “It seems to be a complete contradiction,” D’Souza said.

A Texas law requires regulators to get involved only if navigators draw complaints; otherwise, no new rules are expected in the first year of open enrollment.

In addition to prohibiting navigators from helping consumers compare benefits, Oklahoma’s insurance commissioner said navigators cannot help people “complete or sign applications for insurance,” or “initiate an inquiry about a person’s existing coverage,” or “discuss the terms of  a proposed contract of insurance with a prospective policyholder.”

Oklahoma navigators say they’re unsure what they can do.

“This has raised concerns,” said Rhonda Teague, planning director at Little Dixie, who said the group has no intention of interfering with brokers who typically don’t seek out the uninsured.

James Mills, assistant general counsel for the Oklahoma Insurance Department, says his agency is simply trying to clarify the distinct roles of agents and navigators, but adds, “Obamacare is not something our state wants.”

He said navigators can show people information about health plans and their benefits, and help consumers fill out online applications. They can also tell older people that their premiums will be higher than those of younger people. But showing them why they may be better off choosing a silver plan instead of a gold plan to save money “would be going too far,” he said.

David Roos, executive director of Covering Kids & Families of Indiana, said that state’s licensing fees are a burden to groups trying to help the uninsured. “These rules won’t help expand coverage,” he said.  “… they will slow productivity.”

White House Pushes Back Against Fraud Fears Of Obamacare Opponents