Backers of the health law’s provision of $15 billion for prevention efforts believe it has the potential to improve health and reduce costs. But some question the administration’s decision to sprinkle money for community programs among dozens of groups testing different approaches, rather than channeling it to proven programs. 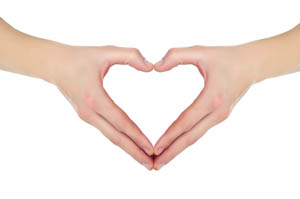 Ken Thorpe, who chairs the Department of Health Policy and Management at Emory University’s Rollins School of Public Health, says more of the money should be spent on approaches that have a track record of reducing chronic diseases such as heart disease and diabetes, and which can be expanded quickly nationwide.

“That’s not what we’re doing,” says Thorpe, who is also executive director of the Partnership to Fight Chronic Disease, a coalition of patient, provider, business, labor and other groups. “We have so many pilot projects in so many jurisdictions … it will take us a generation to learn from them.”

With Republicans intent on trimming or eliminating the fund, he says, public health advocates may not have a generation to show they can prevent or manage chronic diseases, which are responsible for seven of 10 deaths each year and account for 75 percent of the nation’s health spending.

In fiscal 2011, the Department of Health and Human Services awarded 35 groups more than $103 million, with grants ranging from $500,000 to $10 million to implement “proven interventions to help improve health and wellness.” Another 26 will receive between $147,000 and $500,000 “to build capacity by laying a solid foundation for sustainable community prevention efforts.”  Over the next five years, the groups receiving funding must meet performance goals, such as reducing tobacco-related death and disability by 5 percent, or reducing obesity rates by 5 percent.

But Thorpe contends more money should be directed to proven and easily scalable projects like the community-based diabetes prevention program administered by the YMCA of the USA in partnership with the Centers for Disease Control and Prevention and the insurer UnitedHealth Group.

“It’s big,” he says of the YMCA program. “It’s scalable, it’s national. It would have an enormous impact on premiums and certainly Medicare spending.”

In an article published in the January issue of the journal Health Affairs, Thorpe wrote that the program, which is aimed at overweight adults who do not yet have diabetes, helped participants lose 4.2 to 7 percent of body weight, with even greater weight loss for people aged 60 and older. Over a decade, participants reduced their chances of developing Type 2 diabetes by 34 percent.

For $100 million in prevention fund investment, Thorpe says the program could be expanded nationally. As of last year, nearly 60 million Americans lived within three miles of a YMCA. Not-for-profit groups like local health departments and community health centers also could be certified to deliver the program so even more people could participate, he says.

But others say that testing a side variety of approaches across the country makes sense, because what works in one area may not be as effective in another.

“Bending the cost curve is not going to be done by a singular program,” says Richard S. Hamburg, deputy director of Trust for America’s Health, a nonprofit, nonpartisan group focused on disease prevention.

Sen. Tom Harkin, D-Iowa, who chairs the Senate Health, Education, Labor and Pensions Committee, calls the community-based distribution of grants “very appropriate.” About two-thirds of the money is allocated to three public health activities: reducing obesity, helping people quit smoking and providing childhood immunizations, which Harkin describes as “three of the most cost-effective activities we could do to reduce the burden of illness in America.”

The remainder of the fund, he said in a statement, is dedicated to building the capacity of the public health system, researching new prevention strategies and preventing high-priority health problems such as healthcare acquired infections, suicide, and substance abuse.

But will those investments produce the biggest bang for the buck?

Thorpe, at least, doesn’t think so.

“We have a one-time shot of $15 billion dollars,” he says. “We can transform the entire prevention system in this country if we have big thinking about it and if we’re really smart.”

Will We Get The Biggest Bang From Health Law’s Prevention Grants?