With less than a week until the deadline to buy individual health insurance that begins Jan. 1, experts say sign-ups are on course to hit or exceed the Obama administration’s projection of about 9 million enrollees in 2015.

Several weeks into the second year of the Affordable Care Act’s insurance exchanges, about 1.5 million people have enrolled in coverage, according to data from state and federal exchanges. 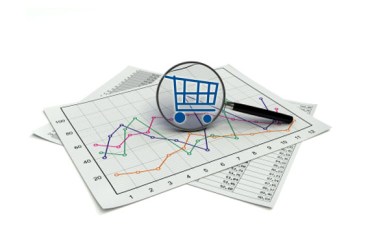 As of Dec. 5, almost 1.4 million had enrolled through the federal insurance exchange, which serves 37 states, the Centers for Medicare & Medicaid Services reported Wednesday. Another 183,000 chose plans through state exchanges, including nearly 49,000 in California, according to a Kaiser Health News analysis of state exchange data.  Enrollment figures were not available for exchanges in New York, Idaho and Rhode Island.

She said sign-ups are on track to “far exceed” the Obama administration’s 9 million projection, made just before open enrollment began in November. If enrollment continues at this pace, she said, the federal and state exchanges should enroll between 4 and 5 million new participants, she said. That’s in addition to 6.7 million who got coverage for 2014, many of whom are expected to re-enroll for 2015.

Enrollment in 2014 plans reached nearly 7 million despite the disastrous rollout of the federal and several state exchanges, which made it difficult if not impossible to sign up in the early months.

Sign-ups for 2015 began Nov. 15 and continue through Feb. 15. However, those who want coverage in January must enroll by Monday.

Some Republicans have argued that enrollment would suffer in the law’s second year because people would be unhappy with their coverage and prices would skyrocket. So far, that does not appear to be happening.

Several state insurance exchanges reporting data appear to be ahead of where they were several weeks into open enrollment last year, including Massachusetts, Maryland and Vermont.

It is not known how many of the enrollees in some state exchanges are new to the market. But on the federal exchange about 48 percent of the people selecting plans are new, while 52 percent had coverage in the marketplace this year, according to CMS.
California officials said it was too early to tell how many of the 1.1 million current enrollees have returned for 2015. In most states, consumers will be automatically re-enrolled in the same plan or one like it if they have not selected a plan by Dec. 15. They can switch before Feb. 15.

“The pace of enrollment is very strong,” Peter Lee, executive director of Covered California, told reporters Wednesday. The state is already on its way to meeting its goal of 750,000 new enrollees this year, Lee said.

He said he expected the momentum to continue, with more than 40 enrollment events planned through Dec. 15.

On the federal exchange, tens of thousands of people have started accounts but not yet selected a plan.

Charles Gaba, a blogger based in Bloomfield Hills, Mich. who accurately forecast 2014 enrollment, predicts that about 12 million Americans will enroll in exchange coverage in 2015.

The Congressional Budget Office had predicted about 13 million sign-ups for 2015, but in November, administration officials estimated about 9 million, in part because fewer employers than expected were dropping coverage and sending their workers to the exchanges. That includes those who re-enroll in coverage as well as new sign-ups.

Dan Schuyler, senior director of exchange technology at consulting firm Leavitt Partners, said state exchanges are performing much better than they did last year, though there have been minor glitches.

Two state exchanges—Nevada and Oregon, switched to the federal healthcare.gov portal after abandoning their own failed software. Maryland, meanwhile, took software from the Connecticut exchange.

“It seems like state exchanges have turned the corner this year,” Schuyler said.

Jon Kingsdale, who oversaw the Massachusetts health insurance exchange from 2006 to 2010 and is a managing director of the Wakely Consulting Group, said customer call centers are also working better with better-trained staff.

One big challenge facing the exchanges, he said, is how well they “hand off” enrollments to health plans which was a problem in some states last year.

The exchanges also have to make sure automatic re-enrollment works later this month, Schuyler said. Many consumers who are automatically re-enrolled may be shocked to learn their plans have raised rates or changed their benefits, he said.

State and federal officials also have to keep reaching out to consumers. California’s insurance exchange has partnered with hospitals and medical groups to get the word out about the availability of coverage. The agency also stepped up advertisements, including a bilingual campaign featuring people who enrolled last year.

There has also been strong interest in Medi-Cal – California’s version of Medicaid, the state-federal program for low-income people. About 160,000 have applied and three-quarters were enrolled immediately, while the others are still going through the process, said Toby Douglas, director of the state’s Department of Health Care Services.  “It is clear that Californians’ desire for health coverage remains really strong,” he said.

Anna Gorman and Lisa Gillespie contributed to this story.

With 1.5 Million Sign-Ups So Far, Obamacare Enrollment Is Brisk