Skip to content
This story also ran on VICE News' Tonic. This story can be republished for free (details).

When mental illness hijacks Margaret Rodgers’ mind, she acts out.

Rodgers, 35, lives with depression and bipolar disorder. When left unchecked, the conditions drive the Alabama woman to excessive spending, crying and mania.

Last autumn, Rodgers felt her mind unraveling. Living in Birmingham, she was uninsured, unable to afford treatment and in the throes of a divorce. Although Rodgers traveled south to her brother’s house in Foley, Ala., for respite, she couldn’t escape thoughts of suicide, which one day led her to his gun.

“I hit bottom,” she recalled. But she didn’t pull the trigger.

Rodgers told her brother about the close call. News of the incident reached her mother, who then alerted authorities to Rodgers’ near attempt.

Within days, Rodgers was handcuffed and hauled in front of a judge who ordered her to undergo mental health treatment — but not a hospital commitment. Instead, the judge mandated six months of care that included weekly therapy sessions and medication, all while Rodgers continued living with her family.

Since its inception, the court-ordered intervention has generated controversy. Proponents say it secures the comprehensive care that people with severe mental illnesses might not recognize they need. Yet other health experts question the effectiveness of the intervention and suggest it represents a quick fix in a mental health system that is not adequately serving patients.

“It’s a stopgap measure that works in the short term,” said Dr. Annette Hanson, director of the University of Maryland Forensic Psychiatry Fellowship, who co-authored a book on the intervention. “But it’s not a good long-term solution because you still have lots of people who need voluntary care who can’t get” it.

Assisted outpatient treatment requires a judge’s order. While the eligibility requirements and compliance standards vary by state, participants typically have a history of arrests and multiple hospitalizations. They stay in their communities while undergoing treatment.

The American Psychiatric Association endorsed its use in 2015, saying assisted outpatient treatment has generally shown positive outcomes under certain circumstances. To effectively treat patients, the position paper said, the APA recommends that the intervention be well-planned, “linked to intensive outpatient services” and last for at least 180 days.

A key advantage to assisted outpatient treatment, supporters say, is that it provides care for people who might not recognize the severity of their illness.

A court’s involvement also increases the likelihood of a participant complying with the program, a phenomenon called the “black robe effect,” they add.

“That is really what we’ve found to be the secret sauce” for success, said John Snook, executive director of the nonprofit Treatment Advocacy Center.

He also said the law already provides options for hospital treatment for people considered a danger to themselves or others. Any person recommended for assisted outpatient treatment for these reasons should be in a hospital receiving intensive inpatient care, Burnim said, not in the community.

“You know, when people don’t take their medication,” he said, “that’s a clinical problem, not a legal problem.”

Most States Allow The Programs

Assisted outpatient treatment gained popularity after Andrew Goldstein, who was diagnosed with schizophrenia but wasn’t taking his medication, pushed Kendra Webdale in front of an oncoming train in New York City in 1999, killing her. Webdale’s family fought for a change in the law after learning that Goldstein had repeatedly refused treatment while living on his own.

Yet, there is no tally of the number of programs or the number of people involuntarily placed in one, said David DeVoursney, chief of the Community Support Programs Branch at the Substance Abuse and Mental Health Services Administration.

There is also little research on its effectiveness. Two randomized studies produced contradictory results about the intervention’s effect on hospitalization rates and the number of arrests afterward. However, other analyses have shown improved outcomes, particularly among participants in New York.

Despite the ambiguity, Congress created grants in 2014 that made up to $60 million available over four years to new assisted outpatient treatment programs. Additionally, the 21st Century Cures Act, passed in 2016 to accelerate drug development, allowed some Department of Justice funding for the intervention.

Experts acknowledge that the scarcity of mental health providers and treatment options causes many patients to go without care. Instead of doctors’ offices, many people with mental illnesses end up in jail — an estimated 2 million every year, according to the National Alliance on Mental Illness.

“What we say very often is basically we have a system that allows people to have heart attacks over and over again,” Snook said. “And then once they have that heart attack, we take them to jail. And then we wonder why the system isn’t working.” 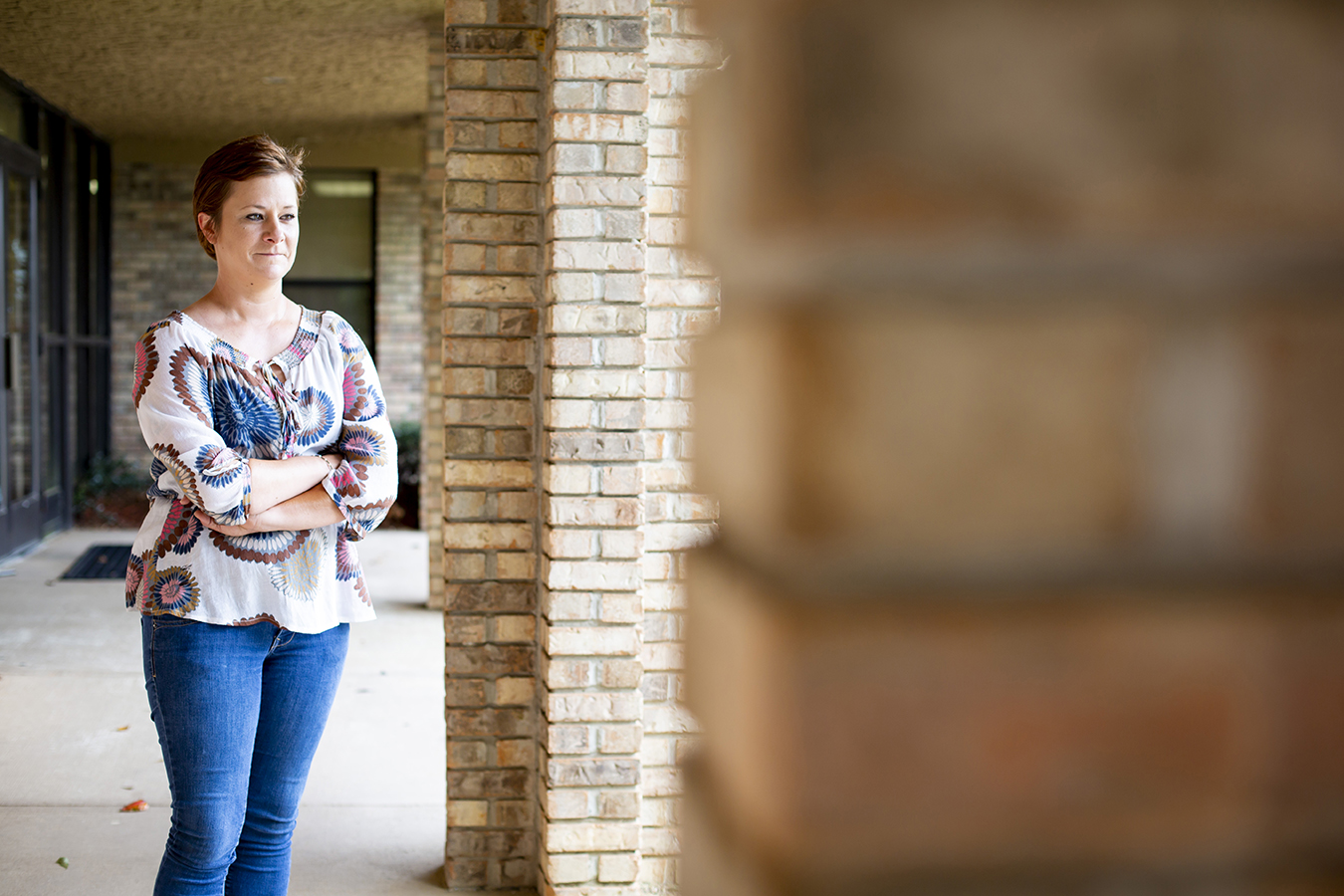 One recipient of federal funding is AltaPointe Health Systems Inc., a community health center that provides services to residents — including Rodgers — in two Alabama counties. The program has received nearly $1.1 million in federal funding, according to Cindy Gipson, assistant director of intensive services.

She said the center applied for the federal grant to reduce the number of hospitalizations among residents living with severe mental illnesses.

“We were having a lot of people who would go to the hospital, then be discharged,” she said. “And they’d do well for a couple of weeks — maybe even a month. Then, they’d go right back in.”

The program, which began in 2017, has served 71 patients, Gipson said. On average, patients stay about 150 days. And roughly 60 percent of referrals come from family members, she said. The majority of people entering have a history of multiple hospitalizations and arrests.

Rodgers said she had never been in handcuffs before the day the Alabama police officer came to her brother’s home and awakened her around 7 a.m. The sheriff gave her five minutes to change and brush her teeth. He then cuffed her wrists, placed her in the back of his car and drove her straight to court. After she was asked a few questions about how she was doing, Rodgers said, she sat down in front of a judge and learned about assisted outpatient treatment for the first time.

Despite how she entered care, Rodgers said the mandated treatment has brought her stability. She sees a therapist once a week, and once a month a nurse at the community health center administers a shot of the antipsychotic drug Abilify. She now is working part time cleaning condos and lives with her mother. She said she has learned strategies to not dwell on the past.

After her first six months of treatment, Rodgers and her care team decided to continue care through the rest of the year. She plans to return to Birmingham and find a better job after completing the program.

Right now, she said, “staying positive is the main thing I want.”