Smooth sailing. The administration promises and outside experts expect that this year’s open enrollment period on the health insurance marketplaces will be markedly less glitchy and balky than last. Consumers will begin to find out if that’s true tomorrow when the marketplaces open for 2015 coverage.

But even if enrollment goes smoothly this year, consumers shouldn’t be complacent about reviewing their options online to sign up for or renew their coverage, say experts. The three-month sign-up window that closes Feb. 15 is half as long as last year’s, and if consumers want coverage to begin Jan. 1 they need to sign up much earlier than that, by Dec. 15. So if you’re planning to shop, get cracking. 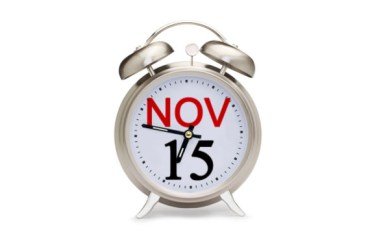 As of October, there were 7.1 million people enrolled in the health insurance marketplaces, according to the Department of Health and Human Services. Earlier this week, HHS estimated that 9 to 9.9 million will be enrolled in 2015. That figure is significantly lower than the 13 million projected by the Congressional Budget Office in April.

In 2015, approximately 315 insurers will offer coverage on the health insurance marketplaces, roughly 25 percent more than this year, according to preliminary data from 44 states published by HHS in September.

But those figures don’t tell the whole story.

“There are still rural areas where there is a real dearth of plans,” says Caroline Pearson, vice president at Avalere Health, a research and consulting firm.

And more insurers doesn’t necessarily mean more plans. In Florida, for example, the number of insurers on the marketplace will increase from 11 in 2014 to 14 next year, but the number of available plans will actually decline, from 352 to 278, according to data from the Florida Office of Insurance Regulation.

But choice is a two-edged sword, according to Sabrina Corlette, project director at the Georgetown Center on Health Insurance Reforms. “Most behavioral economics studies tell us that consumers are overwhelmed by too much choice and make less than optimal decisions as a result,” says Corlette.

Premium increases in 2015 should be modest for most people, and in many cases may decline slightly.

The average premium for a 40-year-old non-smoker who makes $30,000 a year will decline by 0.2 percent next year if he buys the second lowest cost silver plan, according to an analysis by the Kaiser Family Foundation of 2015 marketplace premiums in a major city in 47 states and the District of Columbia. (KHN is an editorially independent program of the foundation.) Individual state rates for this person would deviate substantially from the average, however, from a 28.4 percent increase in Anchorage, Alaska, to a 23.7 percent decline in Jackson, Miss.

The premium tax credit available to people with incomes between 100 and 400 percent of the federal poverty level ($11,670 to $46,680 for an individual) minimizes the effect of premium increases on people’s costs. But subsidies are tied to the second-lowest-cost silver benchmark plan, and in a number of areas that plan will change in 2015. When that happens, people may face substantial premium increases unless they take the time to shop and make sure they’re still in a low-cost plan.

“You may be able to insulate yourself against a big premium increase, but you still need to go in and change plans,” says Judith Solomon, vice president for health policy at the Center on Budget and Policy Priorities.

Consumers who are already enrolled in a marketplace plan and who do nothing during open enrollment this year will generally be automatically re-enrolled in their existing plan for next year with their existing premium tax credit, the federal government has said.

Consumer advocates say doing nothing could be a big mistake. Not only are benchmark plans different, if consumers have experienced changes in income or other circumstances that could affect their premium tax credit, they risk receiving the wrong amount and may have to pay back next year.

People who are already enrolled may not get the best deal if they don’t shop for a new plan, but at least they’ll have insurance. That’s not the case for the estimated 15 million uninsured people who are eligible to buy a marketplace plan. Reaching them is going to be a challenge, experts agree. They’re more likely to be younger, members of minority groups, lower income and less educated, says Anne Filipic, president of Enroll America. The organization’s Get Covered America campaign aims to get enrollment information to people in 11 states with high rates of uninsurance, among other things.

They have their work cut out for them. Nine out of 10 uninsured people said they don’t know when the open enrollment period starts, according to the Kaiser Family Foundation’s October health tracking survey. Two thirds said they knew nothing or practically nothing about the marketplaces, and more than half didn’t know that they could get financial help to pay for their coverage.