Annette Katz didn’t expect to be part of a major social movement. She didn’t set out to take on a major health organization. But that all began to change when a co-worker saw her fighting back tears and joined Katz to report to her union what amounted to a criminal sexual offense at a Cleveland Veterans Affairs Medical Center in 2012 and 2013.

Four years later, Katz, a licensed practical nurse at the hospital, testified in a court deposition that a male nursing assistant had shoved her into a linen closet and groped her and subjected her to an onslaught of lewd comments.

In speaking out and taking legal action, Katz joined a growing group of women who are combating sexual harassment in the medical field at every level, from patients’ bedsides to the executive boardroom.

Much as the #MeToo moment has raised awareness of sexual harassment in business, politics, media and Hollywood, it is prompting women in medicine to take on a health system where workers have traditionally been discouraged from making waves and where hierarchies are ever-present and all-commanding. While the health care field overall has far more women than men, in many stations of power the top of the pyramid is overwhelmingly male, with women occupying the vast base.

In a recent survey, 30 percent of women on medical faculties reported experiencing sexual harassment at work within the past two years, said Dr. Reshma Jagsi, who conducted the poll. That share is comparable to results in other sectors and, as elsewhere, in medicine it had been mostly taboo to discuss before last year. 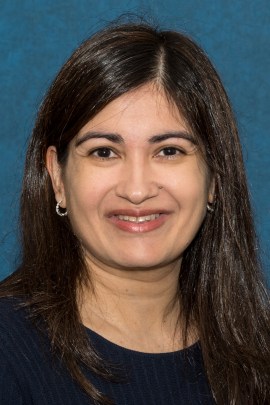 Dr. Reshma Jagsi, director of the Center for Bioethics and Social Sciences in Medicine at the University of Michigan, conducted a survey that found 30 percent of medical faculty women reported experiencing sexual harassment at work within the past two years. (Courtesy of Reshma Jagsi)

“We know harassment is more common in fields where there are strong power differentials,” said Jagsi, who is director of the Center for Bioethics and Social Sciences in Medicine at the University of Michigan. “And we know medicine is very hierarchical.”

Workers in the health care and social assistance field reported 4,738 cases of sexual harassment from fiscal 2005 through 2015, eclipsed only by fields such as hospitality and manufacturing, where men make up a greater proportion of the workforce, according to data gathered by the Equal Employment Opportunity Commission.

A Kaiser Health News review of dozens of legal cases across the U.S. shows similar patterns in the waves of harassment cases that have cropped up in other fields, from entertainment to sports to journalism: The harassers are typically male. The alleged harasser supervises or outranks the alleged victim. There are slaps on the butt, lewd comments and requests for sex. When superiors are confronted with reports of bad behavior, the victims, mostly women, are disbelieved, demoted or fired.

But recently, physicians have taken to Twitter using the #MeTooMedicine tag, sharing anecdotes and linking to blogs that chronicle powerful doctors harassing them or disrobing at professional conferences.

Women who work in cardiology recently told the cardiology trade publication TCTMD that they felt the problem was particularly widespread in their specialty, where females account for 14 percent of the physicians. A Los Angeles anesthesiologist made waves in a blog post urging “prettier” women to adopt a “professional-looking, even severe, hair style” to be taken seriously and to consider self-defense classes.

Among those speaking out is Dr. Jennifer Gunter, a San Francisco obstetrician-gynecologist, who recently wrote a blog post about being groped in 2014 by a prominent colleague at a medical conference — even naming him.

“I think nothing will change unless people are able to name people and institutions are held accountable,” she said in an interview. “I don’t think without massive public discourse and exposure that things will change.” 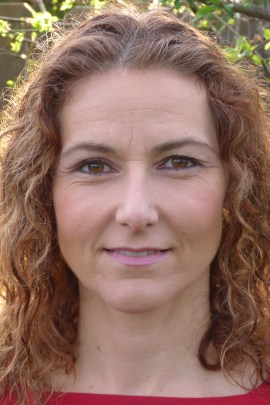 Dr. Jennifer Gunter, a San Francisco OB-GYN, recently wrote a blog post about being groped in 2014 by a prominent colleague at a medical conference. (Courtesy of Jennifer Gunter)

Lawsuits, many settled or still making their way through the courts, describe encounters.

A Florida nurse claimed that in 2014, a surgeon made lewd comments about her breasts, asking her in a room full of people if he should “refer to her as ‘JJ’ or ‘Jugs,’” the nurse’s lawsuit says. The nurse said she “responded that she wished to be called by her name.”

A Pennsylvania nurse described the unsatisfying response she got after reporting that a colleague had pressed his pelvis against her and flipped through her phone for “naked pictures.” A supervisor to whom she reported the conduct expressed exasperation, saying “I can’t deal with this” and “What do you want?”

Dr. Kayla Behbahani, chief psychiatry resident at University of Massachusetts Memorial Medical Center, did not file a lawsuit but recently wrote about sexual harassment by a subordinate. In an interview, she said her instincts were to pity the man, and also to follow a dictate that’s drilled into medical students: Don’t make waves. So, she disclosed the harassment only after another woman’s complaint launched an investigation.

“As a professional, I come from a culture where you go with the flow,” Behbahani said. “You deal with what you’re dealt. In that regard, it was a dilemma for me.” 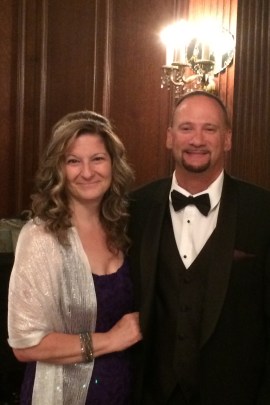 Annette Katz (pictured with her husband, Steve), a licensed practical nurse at the Cleveland Veterans Affairs Medical Center, testified in a court deposition that a male nursing assistant had shoved her into a linen closet and groped her and subjected her to an onslaught of lewd comments. (Courtesy of Annette Katz)

Annette Katz, the Veterans Affairs nurse, initially didn’t complain about the harassment. A single mother with two children, she needed her job. Her attacker, MD Garrett, was also a nursing assistant but had more seniority, was a veteran and was friends with her boss.

“I really did feel that I would lose my job,” Katz said in an interview. “I would be that troublemaker.”

But as the abuse escalated, she went to the VA inspector general and the Cleveland police.

She estimated that five times Garrett pushed her into a closet where he would ask for sex. She would “tell him ‘no’ and fight my way out of [his] grip,” her statement said. He shoved her into an unconscious patient’s bathroom and would “try to restrain me, but I eventually could break free.”

After one such assault, a colleague noticed tears in Katz’s eyes. The co-worker shared with Katz that she, too, had been a target of Garrett’s lewd behavior.

Katz and the colleague filed complaints in March 2013 with their union, the police and with their managers. That July, Garrett was indicted by a grand jury and later pleaded guilty to three counts of sexual imposition and one count of unlawful restraint. He was also dismissed from his job.

Reached by phone, Garrett said he agreed to the plea because he was facing multiple felonies and didn’t know what a jury would do. He said that even though he pleaded guilty to four misdemeanors, he did not commit the crimes of which he was accused. “There was no harassment; she and I were friends,” he said.

Speaking quietly, going to HR — if that worked, we wouldn’t be here.

In 2013, Katz sued the VA, alleging that it failed to protect her from harassment and retaliated against her by refusing to give her a job-site transfer before firing her for not showing up to work.

The VA attorneys argued that the department had no direct knowledge of harassing behavior before Katz reported it, and that once it was informed, immediate action was taken. Veterans Affairs deputy press secretary Lydia Blaha said in an email that anyone engaged in sexual harassment is swiftly held accountable.

The U.S. Department of Veterans Affairs agreed in February to pay $161,500 to settle Katz’s lawsuit.

Katz said it was costly and emotional to press on with her legal case but hopes it helps other women see that seeking justice is worthwhile. “I do think there are a lot of women who just suffer in silence,” she said.

Gunter, the San Francisco physician-blogger, said that needed change will come only when people who are more established across all professions stand up for those who are more junior. “Speaking quietly, going to HR — if that worked, we wouldn’t be here,” she said.

It’s ironic, she said, that as a gynecologist she’s trained to believe patients’ claims about sexual assault. In the workplace, though, it’s well-known that raising such matters can backfire. She added: “Physicians should be setting a standard on this.”

KHN’s coverage of these topics is supported by John A. Hartford Foundation and The David and Lucile Packard Foundation

Women In Medicine Shout #MeToo About Sexual Harassment At Work