Hundreds of thousands of young adults are taking advantage of the health care law provision that allows people under 26 to remain on their parents’ health plans, some of the nation’s largest insurers are reporting. That pace appears to be faster than the government expected.

WellPoint, the nation’s largest publicly traded health insurer with 34 million customers, said the dependent provision was responsible for adding 280,000 new members. That was about one third its total enrollment growth in the first three months of 2011.

The Health and Human Services Department has estimated that about 1.2 million young adults would sign up for coverage in 2011. The early numbers from insurers show it could be much higher, said Aaron Smith, executive director of the Young Invincibles, a Washington-based nonprofit group that advocates for young adults.

Insurers described the growth in young-adult enrollment as the industry began reporting first-quarter earnings that showed better than expected profits. But Carl McDonald, an analyst for Citigroup, said that the higher profits weren’t related to the new young-adult enrollees. That’s because, he said, most of the increase in young people’s enrollment has occurred among self-insured employers; in those firms, insurers act as administrators and don’t not assume financial risk.

Under the health law, health plans and employers must offer coverage to enrollees’ adult children until age 26 even if the young adult no longer lives with his or her parents, is not a dependent on a parent’s tax return, or is no longer a student.

The dependent coverage provision went into effect Sept. 23. However, health plans didn’t have to adopt the change until the start of the subsequent plan year, which for many companies was January. In addition, dozens of insurers voluntarily adopted the change earlier, soon after President Barack Obama signed the health overhaul law in March 2010. 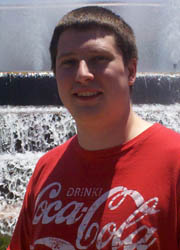 That helped Alexander Lataille, 23, of Laurel, Md., who graduated from college last spring and was worried about being kicked off his parents’ plan. But Blue Cross and Blue Shield of Rhode Island adopted the under-26 provision early  and that kept him insured, even as he took jobs that didn’t offer insurance. “It was a big relief,” said Lataille, who has asthma.

But while federal officials and consumer advocates are pleased that demand for dependent coverage appears greater than projected, some employers are worried about the cost of the additional coverage.

Helen Darling, CEO of the National Business Group on Health, which represents more than 300 large employers, said employers generally don’t like the idea of anything that will add to their health costs. “I don’t think anyone is eager to spend more money,” Darling said. “This is not something employers would have done on their own.”

Darling questioned why employers should be required to cover adult children who no longer live with their parents and might be married themselves.

According to the federal estimates, adding young adult coverage is likely to increase average family premiums by about 1 percent.

People in their 20s have the highest uninsured rate of any age group-about 30 percent, federal data show. Two factors are largely behind this: Young adults are most likely to work for employers that don’t provide coverage and young adults don’t understand the need for health insurance.

Until 2014, health plans that were in existence before the health law was enacted don’t have to provide dependent coverage if the adult child’s employer offers any type of health coverage. The exception does not apply to new plans.

The federal government added 280,000 people to its insurance rolls because of the dependent coverage, said a spokeswoman for the Office of Personnel Management.

Before the federal law was passed, many insurers dropped coverage of children either at age 18 or 21 or when the children graduated from college. More than half the states required coverage to continue until at least age 25, but those laws often had several restrictions.

Federal health officials say they are happy with the response to the law.

“We are pleased to see the embrace of this key provision of the Affordable Care Act,” said Jessica Santillo, spokeswoman for HHS. “Young adults are more than twice as likely to be uninsured than older adults, making it harder to get the health care they need, and putting them at risk of going into debt from high medical bills.”