Susan Vavala’s 15-year-old daughter, Kim, went to the movies one rainy night in 1995 with a 16-year-old friend who had just gotten his driver’s license and two other kids. They weren’t more than five minutes away from Vavala’s Wilmington, Del., home when the new driver, distracted by his friends’ conversation, lost control of the car. Kim was killed instantly in the crash. 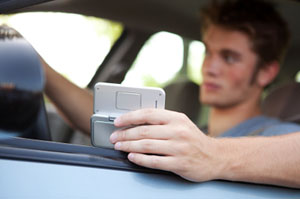 In most states today, such a novice driver would not be allowed to drive with a car full of friends and would have other driving restrictions, thanks to regulations implemented over the past decade. But safe-driving advocates say more needs to be done.

They hope that safety provisions included in the transportation bill signed into law by President Obama this month will encourage states to adopt or strengthen laws intended to protect teenage drivers — and everyone who shares the road with them.

It is an effort strongly supported by Susan Vavala, who has worked in Delaware to stiffen regulations. “We knew [the driver] was a good kid. He’d been driving Kim to school every day the week before,” she said. But the combination of “inexperience, a wet road, distraction and four kids in the car” led to tragedy.

Car crashes remain the No. 1 cause of death among teenagers, killing roughly 3,000 15- to 19-year-olds in 2009. Teens’ lack of driving experience combined with their use of distracting devices such as cellphones make them the riskiest of drivers, four times more likely to crash as older drivers are, according to the Centers for Disease Control and Prevention and the U.S. Department of Transportation.

Every state and the District has its own graduated licensing program for teen drivers, according to the Insurance Institute for Highway Safety. The programs spell out the age at which a young person can get a learner’s permit and generally require a certain number of hours of supervised training before a learner can take a driving test. After passing the test, teens enter an intermediate stage that allows them to drive without supervision but generally limits late-night driving and the number of passengers they can have in the car. These restrictions exist until the teen driver has reached a minimum age, often 17 or 18.

State programs vary considerably. In North Dakota, for example, a person can get a learner’s permit at age 14, and there are no restrictions on the number of passengers an intermediate-stage driver can have in the car, according to the insurance institute. New Jersey residents, by contrast, must be at least 16 to get a learner’s permit, and they can’t drive unsupervised with more than one passenger in the car until they get their unrestricted license at age 18.

After eight years of declining fatalities, teen motor vehicle crash deaths rose 11 percent to 211 in the first six months of 2011 compared with the same period the previous year, according to preliminary data from the association, which represents state highway safety offices.

The explanation might be as simple as an increase in the number of teens who are driving as economic conditions improve, says Barbara Harsha, the association’s executive director. Other experts speculated that the increase could also mean that current teen driver safety programs may have achieved all they can.

And graduated driver licensing programs, even strong ones, may have their limitations.

A study published last year in the Journal of the American Medical Association examined the incidence of fatal crashes between 1986 and 2007 involving drivers between ages 16 and 19. It estimated that 1,348 fewer fatal crashes involving 16-year-old drivers occurred during that time because of graduated licensing programs than would have occurred without them. But the study also estimated that there were 1,086 more fatal crashes involving 18-year-old drivers over the same period, largely offsetting the improvements for younger drivers.

What’s going on? One theory is that teenagers may be waiting until they turn 18 to get their license, bypassing the restrictions of the graduated licensing system altogether. They then have full license privileges, but they’re as inexperienced as a 16-year-old.

“We know that new drivers have more crashes than more experienced ones,” says John Ulczycki, group vice president at the National Safety Council, an advocacy group.

Still, safety experts are encouraged that the new highway law provides $46 million for incentive grants for states to implement or strengthen distracted-driving programs for all drivers over the next two years. It also includes $27 million for states that adopt certain standards, including prohibiting cellphone use or communicating by device in non-emergency situations, for their graduated licensing programs.

This marks the first time the federal government has spelled out such standards. States can use the grant money for education, training and enforcement, among other things.

“We’re offering a carrot” to states to strengthen their laws, says Jackie Gillan, president of Advocates for Highway and Auto Safety, an advocacy group. “This was a big step forward,” she says.