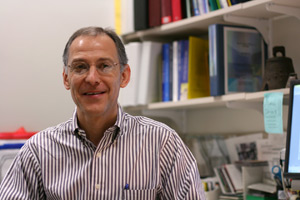 For the first time in the Obama presidency, the White House is without an Emanuel. Dr. Ezekiel Emanuel, a health care adviser in the Office of Management and Budget, departed earlier this week. His brother Rahm, President Barack Obama’s former chief of staff, stepped down last fall to run for mayor of Chicago.

Dr. Emanuel will return to his post at the National Institutes of Health, an administration official told KHN Thursday. He had been on loan to the White House for the past two years, and “details from agencies are, by nature, temporary,” added the official, who spoke on background. “He has been an invaluable member of the team, offering insight as a physician and researcher.”

Emanuel had been on detail as a special adviser for health policy to the director of OMB. At NIH he is head of the Department of Bioethics, a 15-year-old office that draws up guidelines for clinical studies, genetics research and the practice of medicine. In early 2009, Emanuel was also named to the Federal Coordinating Council for Comparative Effectiveness Research.

His departure is no surprise, says Joe Antos, a budget expert at the right-leaning American Enterprise Institute. “We’re now into the implementation mode. He was there to make high-level policy recommendations.” Emanuel has been an advocate for increasing access to preventive services and for better coordination of patient care.

Antos added, “He was absolutely successful in driving home the point that it wasn’t just about money. It’s about people’s well-being.” That made him a stand-out among peers focused on budget issues, Antos said.

But Emanuel’s insights have also caused controversy the White House might rather have sidestepped. His work as a medical ethicist contemplating end-of-life care, for instance, contributed some of the building blocks for the false “death panel” myth spread by Sarah Palin and New York former Lt. Gov. Betsy McCaughey.

Emanuel’s supporters have argued that’s a gross mischaracterization of his work – which includes arguing against legalizing euthanasia. Still, the criticism of his academic explorations on whether things like living wills could save money helped fuel opposition to an early provision in the Democrats’ bill that would have paid doctors to counsel patients on end-of-life care, if they choose to receive that service. That provision was removed before the bill passed.

His departure comes alongside another White House move on that provision. Administration officials inserted it into a Medicare regulation last year. This week, they pulled it from the regulation, too, because, they said, of a procedural error.

This is one of KHN’s “Short Takes” – brief items in the news. For the latest from KHN, check out our