Patrick Fry is president and CEO of Sutter Health, one of Northern California’s largest provider networks with 22 acute care hospitals and thousands of physicians in affiliated medical foundations. Health insurers say Sutter’s size gives it enormous leverage in negotiating prices, which are some of the highest in the state, according to state data and health care experts. Sutter’s revenues have been growing even as California hospitals overall are seeing fewer patients. The following are edited excerpts of an interview Kaiser Health News Correspondent Jordan Rau conducted with Fry in August: 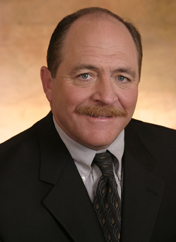 Q: Do you see a time when your prices are not going to be going up?

A: Medicare is the largest single payer for most health systems in the United States. They [the government] signaled that the Medicare rates for 2011 will actually be going down one percent. It is going to be going down every year thereafter for a while. So the pressure on organizations like ours and others throughout the United States is they are going to have to get much more efficient than they have been in the past. So that is the path we are on. We are not where we want to be at this point in time but we have a burning platform to get there quickly.

It is going to be challenging for us in California given the number of unfunded mandates that the state has placed on us, which is the nursing staff ratios, the accelerated timetable to rebuild all of our facilities. So yes, it is going to be difficult. I cannot foretell what is going to happen when the [health insurance] exchanges come into play but I think that every health provider, health system is going to have to become much, much more efficient than they are today. We are no exception to the rule.

For More On Hospital Prices

Q: Talk about what the philosophy and execution have been in the creation of medical foundations over the years?

A: I think it goes back to the philosophy of Pat Hayes who was a former Kaiser [Permanente] executive who came as the first truly professionally trained executive to Sutter Health and his philosophy was, integrated care is the best way to provide care. So we have been on that journey, like I said, for the past 30 years.

The most advanced user electronic health record [system in Sutter] right now is at Palo Alto Medical Foundation. They treat you holistically, not in body parts. So if you go out and see the ‘orthopod’ for something, he is going to have access to your entire record. So he will see everything. We have examples of individuals that have been admitted and treated at Mills Peninsula Hospital and ended up in the Redwood City clinic of Palo Alto Medical Foundation and because it is a unified record, the physician was able to see what happened in the hospital, see what tests were ordered; many tests were not reordered because he had access to the actual results in his office.

I think all those are examples of our commitment to making health care much more affordable, but again, like I said, we are going to start installing the electronic health record [system] in the hospitals next year and hopefully in the next three to four years they will all be up and then basically all of the physicians in our medical foundations and hospitals will be working off an integrated longitudinal health record.

Q: Hospital prices are sort of a black box. You cannot see them. A lot of hospitals do not want them to be released.

A: Our organization is a firm believer in transparency. We put our quality scores up on our website so people can actually see them. As it relates to the prices, shopping for health care services is not like buying a pair of tennis shoes. How would you feel if you were a patient that had access to prices and said, “Hey, I am going to go in for this procedure, it is going to cost me X because that is what it says.” And all of a sudden there is a complication. Next thing you know, the bill is 50 percent larger than what you anticipated and now you are really upset. For a patient who has a high co-pay, we want to make sure that we have an opportunity to talk with them and say, “Here is what we believe it is going to cost, but if these things happen then that price is not going to hold.”

Q: Do you see Sutter’s system as growing, given an overall decline in hospital admissions statewide?

A: I think there is going to be an opportunity to continue to grow. I mean, what is the number of uninsured in the state of California? It is in the millions and when the [health insurance] exchanges come into play that is going to bring in an enormous wave of new business to the health systems. I am not sure there is enough excess capacity in either the physician community or the hospital community to absorb that all in one fell swoop.

Q: How do you choose where to expand?

A: It is pretty much within our existing footprint. We are not looking to go to Los Angeles or anything like that. Most of our medical foundations have a fairly large geographic draw. So when we decide to expand, it is to provide more accessible care. So if we can, if we are getting a lot of patients from a community that is, I do not know, 20 miles away or 30 miles away, maybe we ought to put an office building there to make it more convenient for the patients.