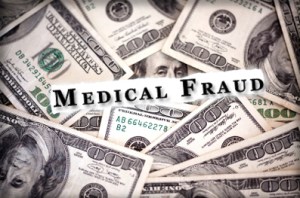 Every year, the Centers for Medicare and Medicaid Services loses an estimated $65 billion to criminals who defraud the health care system, according to Lou Saccoccio, executive director of the National Health Care Anti-Fraud Association. And it’s his mission to stop it.

There are almost-daily examples of these very expensive activities: A husband -wife doctor team in Texas pled guilty to billing Medicare for narcotics and procedures they never administered to patients. A Miami man submitted $61 million in false Medicare claims for the treatment of patients with HIV, AIDS, cancer and  other ailments at eight Miami and Orlando-area health clinics. A ring in Detroit was charged with paying Medicare beneficiaries several hundred dollars to get their information and then billed the government $14.5 million for medical services never performed.

And officials say the health system is increasingly targeted by organized crime. The federal government has “strike forces” in fraud hot spots to root out the grifters.

Saccoccio sees his organization as well-positioned to assist. It is a partnership of private insurance companies, law enforcement and regulatory agencies working together to shut down  or at least reduce  the health system’s vulnerabilities.

Saccoccio, a lawyer who was a senior vice president at America’s Health Insurance Plans, says fraud is bound to happen in a system worth $2 trillion a year. The goal – one he says is achievable – lies in limiting the damage it does to the system. Saccoccio talked with KHN’s Andrew Villegas recently, here are edited excerpts of that interview: 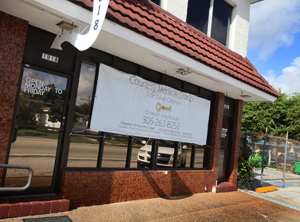 The owner of Miami’s Courtesy Medical Group was arrested in December 2009 for allegedly stealing millions of dollars in Medicare funds. (Joe Raedle/Getty Images)

Q: Why is fraud so rampant in the system? What can be done to stop it?

A: The health care system in this country is very convoluted. You have private payers and public payers. You have all the different insurance companies and Medicare and Medicaid, well over a million health care providers of some type. It’s inevitable that unless you’re very, very aggressive about going after fraud you’re going to lose a lot of money.

Q: How successful are the “strike forces” that operate in places like Miami at deterring and investigating fraud? Should CMS continue to replicate them?

A: They definitely have been successful and they’re an important tool – but they’re only one tool. You’re not going to be able to go out and criminally prosecute every instance of fraud in the system. You don’t have the resources to do that. So what you do is you look at the geographic areas of the country that seem to have the greatest problems and you create these strike forces and you go out and you indict people, you convict people, you put people in jail and you send a message.

Q: How much could delaying Medicare payments when fraud is suspected [a proposal by Sen. Charles Grassley, R-Iowa] help alleviate the problem?

A: I think that would help. That doesn’t mean you have to delay all claims. But I think there should at least be an exception where, if there’s an issue about potential fraud, the government gets additional time to look at those claims without having to necessarily pay interest down the road. Obviously, you want to make sure that the vast majority of providers that aren’t committing fraud are paid on time. But they have to understand that sometimes they may have to wait just a little bit longer to make sure that the integrity of the system is protected. 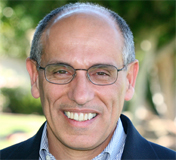 Q: Combating fraud is typically reactive. Is that the best way forward? What role – and how large – should auditing play?

A: Auditing is part of it and certainly an increase in the auditing area would help.

Let’s take home health care just as an example. You know [the profile of] an average home health care agency based on billing histories in the past and you’re expecting to see a certain footprint or look to that kind of company. When you have a company that opens and all of a sudden they are billing for certain services that are well above what the other companies may be billing, you need to have edits in place to say “OK, hold on, before we start sending checks some place, let’s take a closer look at this.”

Q: If you could put one policy or program in place tomorrow, what would you do?

A: I would put resources into having CMS take the data that they have available and work with their contractors and the states that pay the Medicaid claims (to combine data). And if you take all of that claims data that they have between Medicaid and Medicare and start analyzing it, you [could] identify where problem areas are. CMS does some of that now, but they do it more on an ad hoc basis than on an all-claims-federal/state database where they could analyze all of those claims in that real-time way to identify potential fraud and stop that money before it goes out the door.