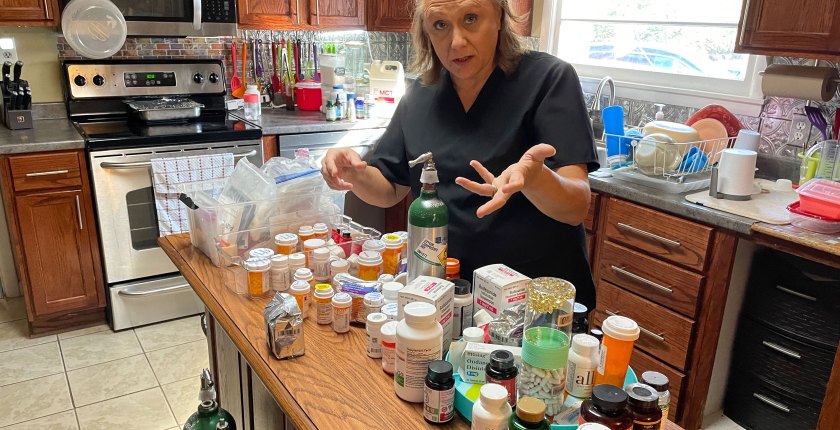 With a dearth of evidence on effective treatments for long covid, patients and doctors in 400 clinics around the country still rely on trial and error. 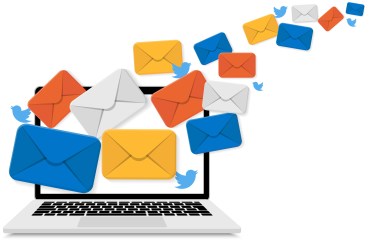 New U.S. Census Bureau data shows a large segment of Californians are working from home for part or all of the week. Researchers say the shift will ripple through the broader economy in ways big and small. 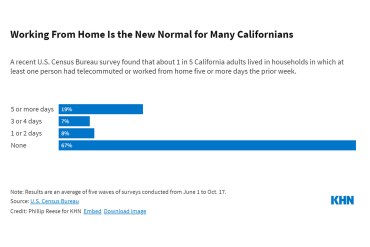 As the covid-19 pandemic grinds on, Elko County, Nevada, still lacks a public health department. Yet its elected leaders rejected federal funds that could have helped it create one. Decisions like the one in Elko, and ones made by officials with other state and local governments, leave health experts concerned about whether the country’s public health infrastructure will be prepared to handle future health challenges. 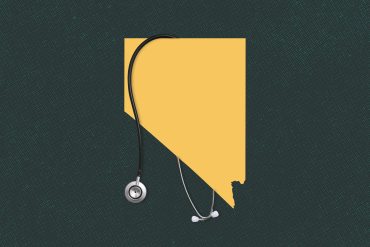 KHN’s ‘What the Health?’: The Midterm Shake-Up

Election night went better than expected for Democrats. Although they could still lose control of one or both houses of Congress, the predicted “red wave” for Republicans failed to materialize. Meanwhile, voters in both red and blue states approved ballot measures to protect abortion rights. Alice Miranda Ollstein of Politico, Rachel Cohrs of Stat, and Sarah Karlin-Smith of the Pink Sheet join KHN’s Julie Rovner to discuss these topics and more. Also this week, Rovner interviews Carolee Lee, the former jewelry magnate, about her efforts to boost gender equity in medical research.

Some people with long covid have fallen through the cracks of the government’s disability system, which was time-consuming and difficult to navigate even before the pandemic. 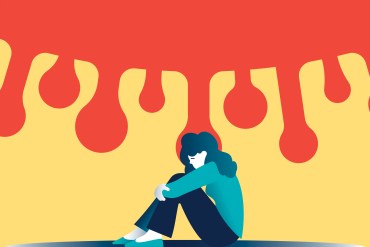 While sales of its covid vaccines are falling, Pfizer plans to triple the price of the shots and use its bonanza from government contracts to buy and develop new blockbusters. 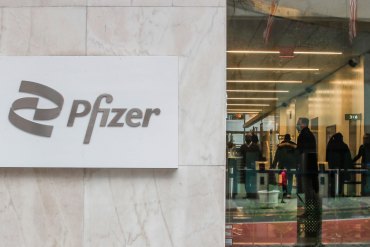 We unmask the winner and runners-up in KHN’s fourth annual Halloween haiku competition — plus the original artwork they inspired as a special treat. 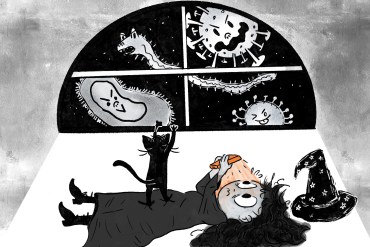 In Nevada, local health officials are assessing the threat of monkeypox, but their response may be hampered by historically limited public health infrastructure worn thin by the covid-19 pandemic. 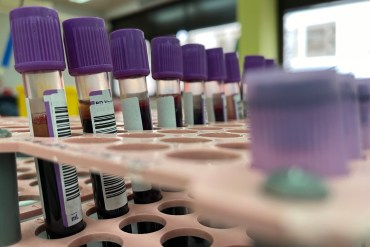 KHN’s ‘What the Health?’: Voters Will Get Their Say on Multiple Health Issues

Abortion isn’t the only health issue voters will be asked to decide in state ballot questions next month. Proposals about medical debt, Medicaid expansion, and whether health care should be a right are on ballots in various states. Meanwhile, the latest lawsuit challenging the Affordable Care Act has expanded to cover all preventive care. Alice Miranda Ollstein of Politico, Jessie Hellmann of CQ Roll Call, and Victoria Knight of Axios join KHN’s Julie Rovner to discuss these topics and more.

KHN’s ‘What the Health?’: Biden Hits the Road to Sell Democrats’ Record

With the midterm elections rapidly approaching, President Joe Biden has taken to the road to convince voters that he and congressional Democrats have delivered for them during two years in power. Among the health issues highlighted by the administration this week are pandemic preparedness and the availability of over-the-counter hearing aids. The president also promised to sign a bill codifying the abortion protections of Roe v. Wade if Democrats maintain control of the House and Senate — even though it’s a long shot that there will be enough votes for that. Sarah Karlin-Smith of the Pink Sheet, Sandhya Raman of CQ Roll Call, and Mary Agnes Carey of KHN join KHN’s Julie Rovner to discuss these topics and more. Plus, for extra credit, the panelists recommend their favorite health policy stories of the week they think you should read, too.

Will Covid Spike Again This Fall? 6 Tips to Help You Stay Safe

Recent research suggests that the covid virus is mutating to better dodge people’s immune defenses. It could soon evade monoclonal antibodies used to treat covid. KHN examines what public health officials believe is on the horizon and how best to fight the disease. 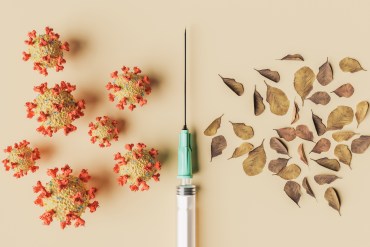 Watch: What Experts Advise for Seniors Living Under the Long Shadow of Covid

For older people, the pandemic is as taxing and worrisome as ever. Experts in geriatric care, mental health, social services, and infectious disease joined a KHN-Hartford Foundation panel to talk about a third covid winter and its outsize toll on seniors. 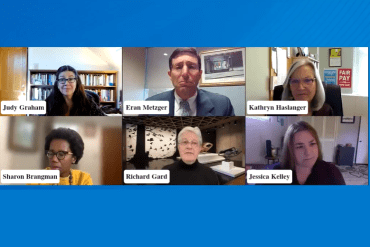 Congress won’t be back in Washington until after Election Day, but lawmakers have left themselves a long list of items to finish up in November and December, including unfinished health care policies. Sandhya Raman of CQ Roll Call; Jessie Hellmann, also of CQ Roll Call; and Mary Agnes Carey of KHN join KHN’s Julie Rovner to discuss these topics and more. Also this week, Rovner interviews KHN’s Sam Whitehead, who reported and wrote the latest KHN-NPR “Bill of the Month” episode about a family who tried to use urgent care to save money, but ended up with a big emergency room bill anyway.

PolitiFact has been tracking this campaign promise since 2020. Experts are now saying it’s fair to describe the covid pandemic as “under control.” 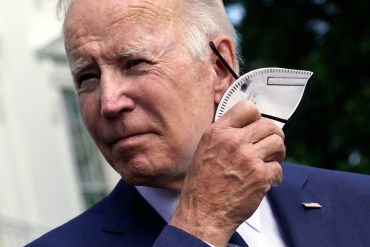 KHN’s ‘What the Health?’: Biden Declares the Pandemic ‘Over’

President Joe Biden, in an interview with CBS’ “60 Minutes,” declared the covid-19 pandemic “over,” stoking confusion for members of his administration trying to persuade Congress to provide more funding to fight the virus and the public to get the latest boosters. Meanwhile, concerns about a return of medical inflation is helping boost insurance premiums even as private companies race to get their piece of the health pie. Anna Edney of Bloomberg News, Joanne Kenen of the Johns Hopkins Bloomberg School of Public Health and Politico, and Lauren Weber of KHN join KHN’s Julie Rovner to discuss these issues and more. Also, for extra credit, the panelists suggest their favorite health policy stories they think you should read, too.

Covid Still Kills, but the Demographics of Its Victims Are Shifting

Californians were far less likely to die from covid in the first seven months of 2022 than during the first two years of the pandemic. Still, the virus remained among the state’s leading causes of death in July, outpacing diabetes, accidental death, and a host of debilitating diseases. We break down who’s at risk. 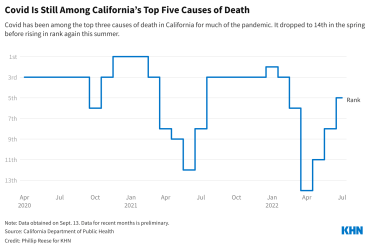 Republicans would like to shift the political focus away from abortion to economic issues for the midterm elections, but a bill from Sen. Lindsey Graham (R-S.C.) that would ban most abortions after 15 weeks of pregnancy has put the issue squarely back on their agenda. The proposal was not welcomed by many of his colleagues, especially Minority Leader Mitch McConnell. Also this week, the muddle about where the fight against covid stands and near-record-low numbers of uninsured in the U.S. Rachel Cohrs of Stat, Sandhya Raman of CQ Roll Call, and Margot Sanger-Katz of The New York Times join KHN’s partnerships editor, Mary Agnes Carey, to discuss these issues and more. 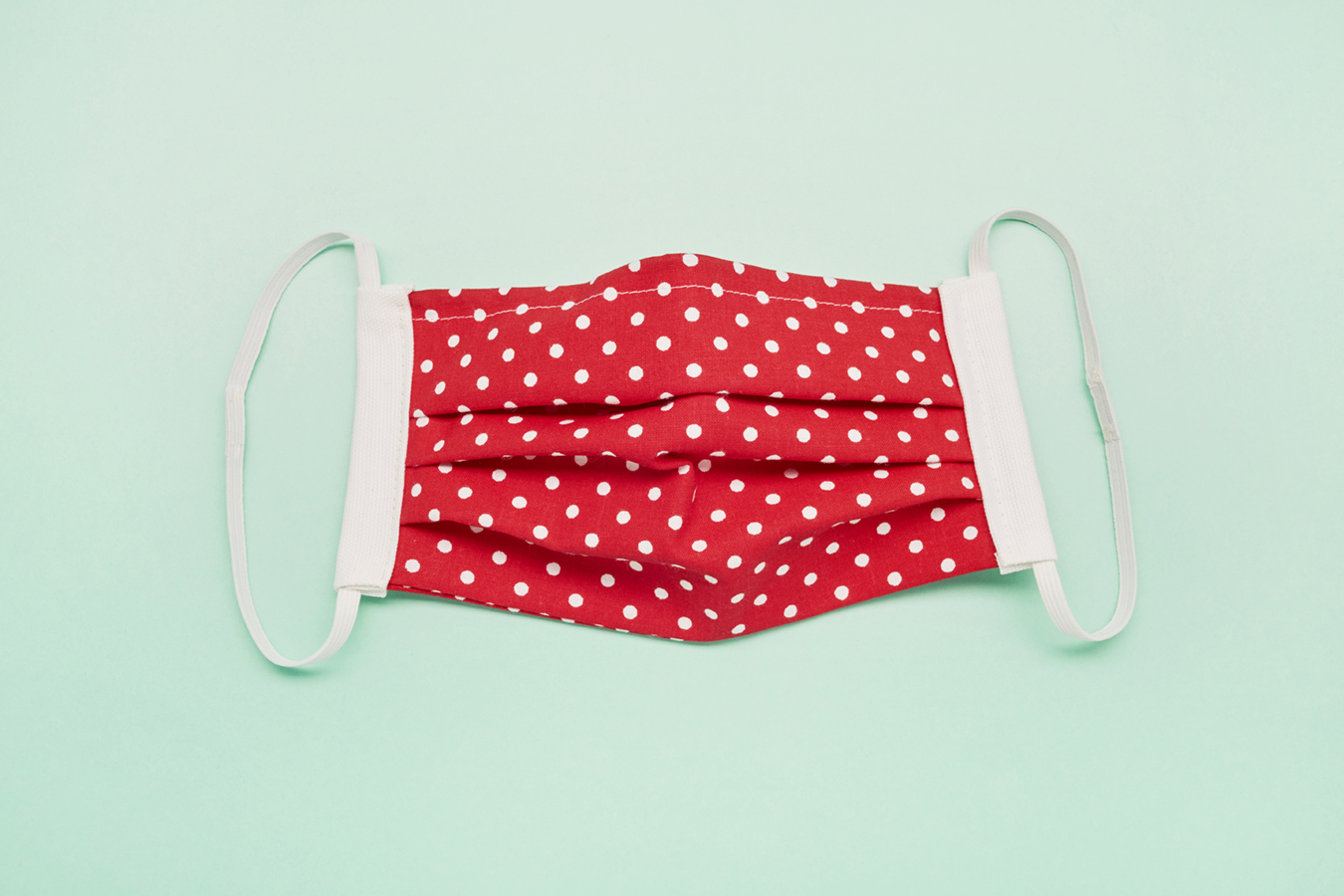 Are you, or is someone you know, in a hospital, nursing home, assisted living facility, group home or prison facility during the coronavirus pandemic?

Get All The Day's Coronavirus Outbreak News Stories 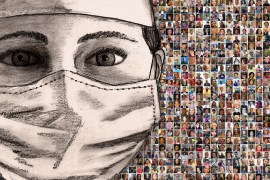 12 Months of Trauma: More Than 3,600 US Health Workers Died in Covid’s First Year

By Jane Spencer, The Guardian and Christina Jewett Apr 8

Lost on the Frontline, a yearlong investigation by The Guardian and KHN to count health care worker deaths, ends today. This is what we learned in a year of tracing the lives of those who made the ultimate sacrifice.