Experts say the EPA’s recent declaration that some PFAS chemicals are unsafe at detectable levels in drinking water signals acceleration in efforts to curb exposure to compounds found in nearly every American’s blood.

The Pine Ridge Indian Reservation in South Dakota allows people to buy and use recreational marijuana but not alcohol. Some tribal citizens say cannabis is safer than alcohol, meth, and opioids — which have wreaked havoc on the state’s Indigenous communities.

On July 16, a three-digit number, 988, became the centerpiece of a nationwide effort to unify responses to Americans experiencing mental health crises. But many people, especially those in rural areas, will continue to find themselves far from help if they need more support than call operators can offer.

A lack of Native physicians means many tribal communities rely on doctors who don’t share their lived experience, culture, or spiritual beliefs. In Episode 9, meet two medical students working to join the ranks of Indigenous physicians.

Dozens of Iowa hospitals have closed their birthing units. A team of University of Iowa nurse midwives can’t reopen them, but they’ve found a way to provide prenatal checkups and other crucial services in two towns.

Rural Hospital Rescue Program Is Met With Skepticism From Administrators

Constraints imposed by the Special Supplemental Nutrition Assistance Program for Women, Infants, and Children, known as WIC, that prevent recipients from using benefits to buy formula across state lines weigh on families as the nationwide formula shortage drags on.

Montana is an island of legal abortion, but three of the state’s five clinics are limiting access to abortion pills for out-of-state patients in an effort to protect themselves and patients from legal attacks.

The Blackfeet Nation is experimenting with a new way to detect chronic wasting disease in animals used by tribal members for food and cultural practices.

Petitions for protective orders under Colorado’s red flag law have been filed in more than half the counties that opposed it and declared themselves “Second Amendment sanctuaries.”

In Minnesota, where abortion rights are protected by the state’s constitution, legal doesn’t necessarily mean accessible. The state has just eight clinics that provide abortions, and both providers and advocates say resources available aren’t enough to meet demand as nearby states reduce abortion access.

Senate Deal Raises Hopes for a Reduction in Gun Suicides

A bipartisan U.S. Senate agreement on guns that focuses on mental health raises hopes and doubts in rural Western states with high suicide rates and easy access to guns.

Buy and Bust: When Private Equity Comes for Rural Hospitals

Noble Health swept into two small Missouri towns promising to save their hospitals. Instead, workers and vendors say it stopped paying bills and government inspectors found it put patients at risk. Within two years — after taking millions in federal covid relief and big administrative fees — it locked the doors.

In early 2022, Illinois joined a growing number of states where lawmakers and school leaders are trying to combat the ongoing student mental health crisis by granting days off for mental health needs.

Research out this week examines how an area’s political environment can affect its mortality rate.

Residents of a Butte neighborhood are concerned about the dust from a nearby open-pit mine that can coat their homes and vehicles. In a city where past mining left a legacy of soil and water pollution, is the air unsafe, too? 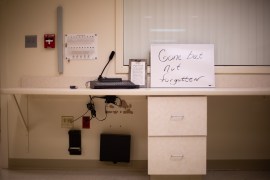