Democrats and Republicans may not be able to agree on whether to increase taxes as part of a deal to raise the federal debt ceiling. But they can at least agree on this much: Congress must restrain Medicare spending. The trick is how to do it without sacrificing access to necessary care?

As luck would have it, we have a home-grown model for Medicare reform that would contain spending and improve the quality of care. This model appeals to both Republican and Democratic ideals: it satisfies the Republican desire for individual ownership and control, but emulates a social insurance program revered by Democrats. The key to improving health care for seniors is to make Medicare look more like Social Security.

Consider: Medicare subsidizes the elderly and disabled by giving them a health plan designed and typically administered by government. Social Security does a better job of meeting seniors’ individual preferences because it gives them cash and lets them decide how to spend it. They can spend more on housing and less on food, or vice versa.

Medicare enrollees have little incentive to avoid wasteful spending, because the savings revert to the government. Seniors spend their Social Security subsidy more carefully, because they themselves keep the savings.

Medicare issues endless regulations that dictate prices and other terms for 1.2 billion health care transactions each year. It’s tempting to think this micromanagement is necessary because health care is special. Yet a steady stream of research shows this command-and-control approach leads to mispricing, rampant medical errors, unnecessary hospital readmissions, uncoordinated care and massive waste. It also blocks innovations, such as accountable care organizations, that would solve these problems.

If Social Security subsidized food the way Medicare subsidizes health care, seniors would dine out every night; they would go to a separate restaurant for each course; portions and waistlines would be enormous; everything would be overcooked; the bills would make your jaw drop; and tipping more than 9.25 percent would be illegal.

Suppose that rather than send $574 billion to providers and insurers, Congress divvied it among Medicare’s 48.9 million enrollees and send each of them a check. The average enrollee would get $11,700 — more if they’re sick, poor or disabled.  Call it a “bundled payment to enrollees.”

Enrollees could use that cash to purchase medical care or any health insurance plan licensed by any state. Whatever they saved by being prudent shoppers, they could keep and pass to their kids and grandkids.

If 50 million high-end health care consumers suddenly started caring about every dime they spent, they would wring unnecessary services and administrative costs out of the health care sector.

One concern would be that these Social Security-like subsidies would not be large enough for enrollees to purchase decent coverage. The evidence shows they would.

First, they would come with a built-in margin of safety. The Dartmouth Atlas of Health Care estimates that 30 percent or more of Medicare spending is pure waste, meaning that enrollees Medicare checks would include what Medicare currently spends on worthwhile medical care, plus an additional 40-50 percent. That cushion would also protect against inadequate risk- and income-adjustments.

Second, 77 percent of enrollees have Medicare supplemental coverage that they purchase directly or through an employer.  That often amounts to thousands of dollars that they could use to supplement their Medicare check.

Third, these 50 million Medicare enrollees would demand cost-saving innovations — in the immortal words of George Costanza  “like an old man trying to send back soup at a deli.”

There’s a lot more to be said about why Congress should reform Medicare in the image of Social Security. But the most important reason may be that it is the only way to restrain Medicare spending while meeting the Democratic goal of preserving Medicare benefits. Again, Sen. Schumer: “there are savings to be wrought out of Medicare [but] actual cuts in the benefits, are not something we would want to entertain.”

Cutting Medicare spending through a command-and-control approach, such as by reducing provider payments, may inadvertently eliminate access to services that enrollees really want.

If Congress wants to preserve what matters most to Medicare enrollees — you know, the people the program is supposed to serve — then there’s no better way than to give them the money and let them decide which benefits are most important.  Who better to judge what benefits seniors than seniors themselves?

That’s how FDR subsidized them, anyway.

Michael F. Cannon ( @mfcannon ) is director of health policy studies at the Cato Institute and coauthor of Healthy Competition: What’s Holding Back Health Care and How to Free It.

A Medicare Reform Model Everyone Can Love (Guest Opinion) 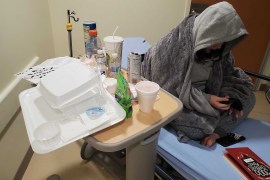 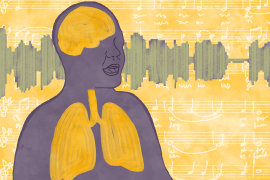 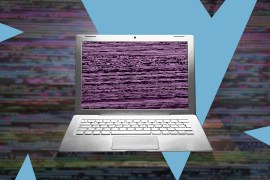