As the state health insurance marketplaces, also called exchanges, get set to launch in October, many people have questions about the coverage that will be offered there. Here are a few that were posed to me recently. 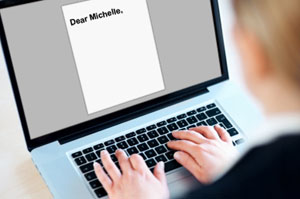 Q. Are there unintended consequences of shopping through an exchange? For example, are the benefits of a plan with a lower monthly premium less comprehensive than the benefits of an expensive plan? And are there plans available only to people who qualify for subsidies, so that once income increases, the consumer must switch to a different plan?

A. All plans sold on the exchanges must cover 10 so-called essential health benefits, including prescription drugs, emergency and hospital care, and maternity and newborn care.

For the most part, the plans will differ not in which benefits they cover but in the proportion of costs that consumers will be responsible for paying.

There will be four basic types of plans: Platinum plans will pay 90 percent of the cost of covered medical services, on average, while consumers will be responsible for 10 percent; gold plans will pay 80 percent; silver plans will pay 70 percent; and bronze plans, 60 percent. Premiums will vary based on those percentages, so platinum plans generally will be pricier than bronze ones.

Individuals and families with incomes up to 400 percent of the federal poverty level ($45,960 for an individual and $94,200 for a family of four in 2013) may be eligible for federal tax credits to help pay premiums.

Consumers “can use the premium subsidy to purchase any plan,” says Edwin Park, vice president for health policy at the Center on Budget and Policy Priorities.

If your income increases during the year, you may no longer qualify for the same level of assistance, but you won’t have to switch plans. However, you may have to repay any overpayments that were made to insurers if your projected income turns out to be higher than your actual income. On the other hand, if your income falls, you may be eligible for a larger tax credit. That’s why it’s important to report any income changes to the exchange promptly.

A second type of subsidy available on the exchanges will reduce the amount that people owe in co-payments, deductibles and other out-of-pocket costs. The cost-sharing subsidy is available to individuals and families with incomes up to 250 percent of the poverty level ($28,725 for an individual and $58,875 for a family of four in 2013). To qualify for this subsidy, you must buy a silver plan, Park says. If your income changes, however, you won’t be responsible for any overpayments.

Q. Once the exchanges open, how much will an insurer be allowed to increase premiums annually? And are those increases based on claims?

A. Premium increases are driven by many factors, including medical costs and the health of the people covered by a particular plan.

The Affordable Care Act discourages insurers from imposing unreasonable premium increases in a couple of ways. Insurers in the small-group and individual markets that want to raise premiums by 10 percent or more must submit data, projections and other information to justify the increase to state or federal regulators, who review the requests and make the information available to the public. Asking insurers to justify why they want to increase rates should act as a deterrent to unreasonable increases, experts say.

But the law doesn’t give regulators new authority to refuse rate increases, says Timothy Jost, a law professor at Washington and Lee University in Lexington, Va. It does, however, provide funding for states to beef up their rate-review processes.

The Department of Health and Human Services says that increased scrutiny of insurance rates has led to a decrease in rate increases, says Jost, “and that’s probably true.”

In addition, the law requires insurers to spend at least 80 percent of the money they collect in premiums on medical claims and quality improvements rather than on administrative activities such as marketing. If they exceed that limit, they must rebate the excess to consumers. Insurers will return $500 million to 8.5 million consumers — about $100 per eligible family — by mid-August of this year for overcharges in 2012, according to the Obama administration. Rebates may come in various ways, including a check or a reduction in the following year’s premium.

Q. My parents are legal immigrants over 65 but not yet eligible to buy into Medicare because they haven’t lived in the United States for five years. Will they be able to buy health insurance on the federal exchange?

A. Yes, legal immigrants will be able to shop for coverage on the exchanges, where they may be eligible for premium tax credits if their income is no more than 400 percent of the federal poverty level ($62,040 for a couple in 2013). Immigrants living in the United States without legal permission, on the other hand, are not permitted to buy coverage on the exchanges even if they wish to pay the entire premium out of pocket.