This week I answer readers’ questions about picking an insurance plan when leaving a job, small-business health insurance coverage requirements under the Affordable Care Act and salary-based premiums. 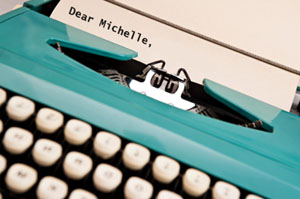 Q. My husband and I have been covered through my employer’s health plan for three years. I will soon be between jobs, and we’re looking into coverage during this hiatus.

We have the option of being covered under a mini-COBRA plan for $900 per month. The same insurance company gave us a quote of $600 for a family plan on the individual market.

With the individual plan, we will be subjected to a 240-day waiting period for obstetrical services as well as for a variety of procedures, including operations to remove tonsils and treatment for tumors.

We will not have this waiting period if we opt for mini-COBRA through the same insurer. Is this legal? Will this continue  in January 2014, under the health-reform law?

A. Coverage rules are generally much less strict in the individual insurance market than in the group market, and the same insurer may offer very different plans in each. In the individual market, it’s not unusual to see waiting periods like the one you describe. Premiums are often pricier, and deductibles, coinsurance and other out-of-pocket costs are often higher than in group plans, experts say.

“All bets are off in the individual market,” says Karen Pollitz, a senior fellow at the Kaiser Family Foundation. (KHN is an editorially independent program of the foundation.)

That’s why if you can afford the extra $300 a month, you’ll probably be better off keeping your former employer’s plan under so-called mini-COBRA laws, experts say. These laws are variations on COBRA, the federal law that generally permits workers at companies with 20 or more employees to continue their job-based coverage for up to 18 months after they leave their jobs, although they must pay the entire premium.

Most states have passed mini-COBRA laws that provide similar benefits to workers at companies with fewer than 20 workers, although the duration of benefits and other specifics are often different from the federal law.

Starting in 2014, under the Affordable Care Act, insurers will no longer be able to exclude preexisting conditions from coverage or apply waiting periods for specific conditions. Premiums will be permitted to vary based only on certain factors, including age, tobacco use, family size and geography.

Q. Are employers allowed to charge employees different prices for medical insurance based on the salary of the employee?

A. They are. Some have been doing so for years, and with the passage of the Affordable Care Act their numbers are increasing, human resources consultant Mercer reports.

In 2012, 12 percent of employers with 500 or more workers based employees’ premium contributions on their salary, up from 10 percent last year, according to Mercer’s annual survey of employer-sponsored health plans.

In the past, many of the employers that went this route had big disparities between high- and low-wage workers, says Beth Umland, Mercer’s director of research for health and benefits. At a law firm, for example, a 20 percent premium contribution would weigh much more heavily on law clerks than on partners.

“Employers see [salary-based premiums] as a way to solve their affordability problem” while addressing the issue of premium fairness for their workers, says Umland.

Under provisions of the health-care law that will be effective in 2014, if the premium for single coverage exceeds 9.5 percent of an employee’s income, the policy will be considered unaffordable. In that case, the person can buy an individual insurance policy on the state-based health insurance exchange. If his or her income is less than 400 percent of the federal poverty level ($44,680 for an individual in 2012), he or she may be eligible for a premium tax credit to make coverage more affordable.

Q. I have a very small business with 22 part-time employees. We have never provided health insurance coverage. Must we now provide it under the health law?

A. No employer is required to provide health insurance under the law. But some employers will face financial penalties if they don’t. Businesses with 50 or fewer workers are exempt from those penalties, however.

If you decided to provide health insurance for your workers, you could be eligible for a tax credit. The credit is available to small businesses that have fewer than 25 full-time-equivalent employees with average wages of less than $50,000 a year. (Two half-time workers generally equal one full-time worker.)

If you covered at least half of the cost of single coverage for your employees, you might be eligible for a tax credit of up to 35 percent of the amount. Starting Jan. 1, 2014, the maximum credit increases to 50 percent.

“Over half of small businesses don’t even know about the tax credit,” says John Arensmeyer, chief executive of the Small Business Majority, an advocacy group. “It doesn’t help everybody, but it’s definitely helped, especially business with lower-wage employees that need it the most.”

Weighing A State Mini-COBRA Plan; Premiums Based On Pay