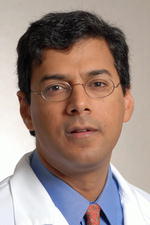 For the 200th anniversary of the New England Journal of Medicine, Atul Gawande — surgeon, journalist, author, researcher, public speaker, father of three — takes a fun spin through two centuries of surgery by going back to the first volume of the publication, then known by the slightly less succinct name of the New England Journal of Medicine and Surgery, and the Collateral Branches of Science.

In his eight-page article, Gawande traces the advances in surgery forward through the years as documented in the Journal, providing an unusually entertaining history. Among the highlights  are the reprinted diagram of amputation methods in the early 19th century, and a new graph showing how the proportion of Journal articles devoted to surgery rose through the 19th century and then fell dramatically after World War II.

There’s also a first person description of the pain of amputation without anesthesia as “the sense of desertion by God and man, bordering close on despair.” Ouch. And for those who suffer a dearth of statistical wit (“What do you call a tea party with more than 30 people? A
Z
party!!!”), Gawande offers this take on the speedy operations that were common before anesthesia:

[British surgeon Robert] Liston operated so fast that he once accidentally amputated an assistant’s fingers along with a patient’s leg…. The patient and the assistant both died of sepsis, and a spectator reportedly died of shock, resulting in the only known procedure with a 300% mortality.

200 Years Of Surgery In Eight Pages (With Drawings!)