Nearly a third of the health systems chosen for the ambitious Pioneer accountable care organization program with Medicare are leaving after the first year of the three-year program. The goal of accountable care is for hospitals and doctors to save money while lowering costs. 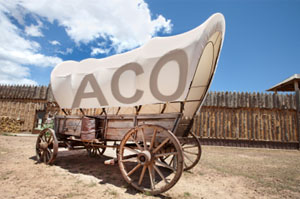 The 32 organizations selected to be Pioneers a year and a half ago were considered the best hope for accountable care.  The idea was to revolutionize the health system by paying doctors and hospitals for quality rather than volume of service. Pioneers would be offered a bonus for giving patients high quality care at a reduced cost. If they failed to hit certain quality targets or did not manage to reduce the cost of care, they would be dinged accordingly.

By some measures, it worked: The 32 Pioneers generated a gross savings of $87.6 million in 2012. But only 13 of the Pioneers actually saved enough money to share those savings with Medicare, despite having invested in the programs and staff required to better coordinate care. And two Pioneers ended up owing the Medicare program $4 million.

According to data released by the Centers for Medicare and Medicaid Services today, all 32 Pioneers succeeded improving quality and performed better than fee-for-service Medicare in 15 quality measures. For the 669,000 Medicare beneficiaries in the Pioneer ACOs, spending grew by only 0.3 percent, compared to 0.8 percent in conventional Medicare.

“These results show that successful Pioneer ACOs have reduced costs for Medicare and improved the quality of care for their patients,” said CMS Administrator Marilyn Tavenner. The Pioneers were successful in lowering readmissions rates, improving blood pressure control and improving cholesterol control for diabetes patients, compared to the rest of the Medicare program.

The following nine Pioneers will be leaving the program, according to CMS:

Of these, seven will move into the Medicare Shared Savings Program, another ACO model with less risk of losing money for the providers. Erik Johnson, vice president of the consulting firm Avalere Health, said, “It’s like going down from the major leagues to the minor leagues. You’re going somewhere it’s just a little bit easier to compete because you don’t have to worry about losing money.”

“We really did learn a lot as a Pioneer ACO,” says Todd Sandman, vice president of strategy at Presbyterian. The decision to leave the program was informed by the data they received from CMS, which showed the health system had not saved money. The biggest problem for the system, he says, was geography — and the fact that there wasn’t much waste to cut. “New Mexico has historically been a low-cost and low-utilization environment” compared to other states, Sandman explains. “So there wasn’t much opportunity to reduce excess utilization and save dollars.”

Chas Roades, chief research officer at the Advisory Board Company in Washington, D.C., says that’s not surprising. The systems selected to be Pioneers were the crème de la crème — hospitals that have already improved the way their care is delivered. “Most of the low hanging fruit is already gone in most cases,” he says, making it harder to further lower costs.

Despite the drop-outs, Roades thinks “the [Pioneer] program is off to a decent start. I’m not hugely surprised that not everyone saved money in the first year.” Part of the problem, says Roades, is that the “year got off to a slightly bumpy start” with some data sharing problems that made it difficult for the hospitals to determine where they might be able to save money. The Pioneers had also raised concerns about the quality metrics.

“Going forward, I think we should temper our expectations about how much money we’re as actually going to save through ACOs,” says Roades. ACOs are basically a transitional “hybrid model” that preserves the Medicare fee-for-service system and only applies to a portion of the patients that hospitals see. “It’s really hard to run two disparate sets of books at the same time” and two sets of incentives, he adds.

There are also a slew of different Medicare demonstration projects and private ACOs that these health systems might be part of.  Just because they drop out of the Pioneer program does not mean they’re abandoning the concept.

Presbyterian, for example, is also one of New Mexico’s largest health plans. Sandman says the hospitals have been able to save money in their private insurance product and plans to continue to pursue the ACO model outside of Medicare.