As health policy researchers gathered at the Brookings Institution today to learn about a new trove of data from some of the nations’ biggest health plans, the panel’s moderator, John Carey, noted that he had met his wife in the auditorium years before. There was a different kind of lust in the air again as the researchers fantasized about the mysteries of the health care system the data might reveal. 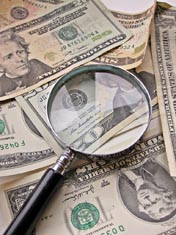 Aetna, Humana, Kaiser Permanente and UnitedHealthcare have agreed to provide their claims data to a new nonprofit research initiative called the Health Care Cost Institute. The institute will have more than 5 billion medical claim records representing more than $1 trillion of health care spending in private plans and Medicare Advantage plans. The researchers’ are salivating because the patterns of medical care for people with private insurance — two thirds of the covered population — mostly remain a mystery, even as health care costs threaten to bankrupt the nation. In stark contrast, there are extensive analyses of Medicare patients’ health care use.

Martin Gaynor, a professor at Carnegie Mellon University heading the effort, said academics and other nonpartisan researchers will be able to apply for permission to use the data, some of which will also be distilled twice a year for the public.

Gaynor said some initial projects that have been bandied about would look at the effects on health costs of the business cycle, of the aging of the population and of state transparency laws that require hospitals and doctors to reveal their prices. He added that researchers might better understand how cuts to Medicare and Medicaid lead doctors and hospitals to push up prices on commercial insurers through cost shifting.

Dale Yamamoto, president-elect of the Conference of Consulting Actuaries, said he hoped the data would allow actuaries to better understand what happens to people as they age.

And Stephen Parente, a health finance professor at the University of Minnesota on the institute’s governing board, said he was interested in exploring how new medical technologies are embraced – or spurned –  by providers around the country. He also said the data may be valuable to find out whether and how private Medicare Advantage plans do in managing patient care in comparison with the traditional fee-for-service  program.

Despite the hoopla, many members of the audience pointed out potential shortcomings to the data, and Gaynor detailed some other limitations. The data doesn’t include all insurers, unlike some “all-payer” databases being developed in some states. (Gaynor hopes more plans will join the venture.)

To avoid violating patient privacy laws, anti-trust rules and confidentiality provisions between insurers and providers, the institute will not release data so detailed that anyone could identify specific hospitals, doctors’ groups and, of course, patients. And because it’s insurance data, it doesn’t necessary capture what’s really going on medically for patients to the degree that electronic medical records do, some audience members said.

Still, many of the researchers found the allure of the new data, well, dreamy. “The usefulness of this data is only going to be limited by the imagination,” said Harvey Fineberg, president of the Institute of Medicine.